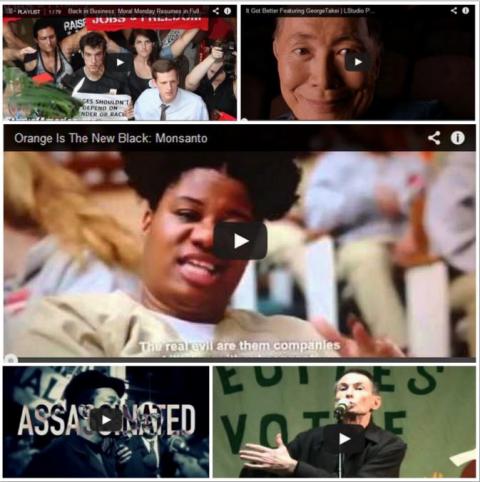 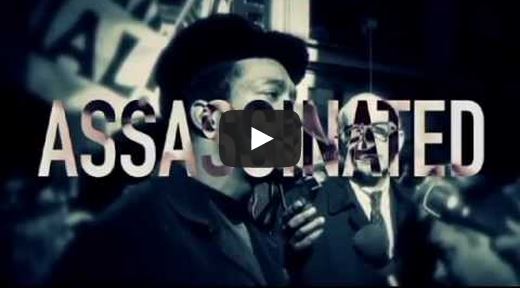 Shahid Buttar lays down a bass track with a message:
What does it mean to monitor thoughts?
Spying means a lot more than watching what you bought
it's the Feds always knowing what you’ve got in your head
George Takei: How It Got Better 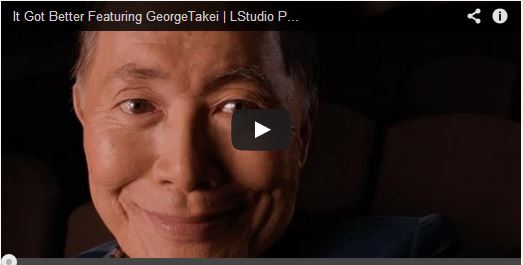 From a happy home to a Japanese internment camp to Skid Row, nothing could stop George Takei from making it. One of the most outspoken gay actors shares his story.

The good Professor Louie of Brooklyn has a rap for us about why the cockroach is so successful, hoping we will take a hint before our short stay on this planet is over. Live at the People's Voice Cafe, NY, Jan 2012. Accompanied by Fast Eddie.
Orange Is The New Black: Monsanto 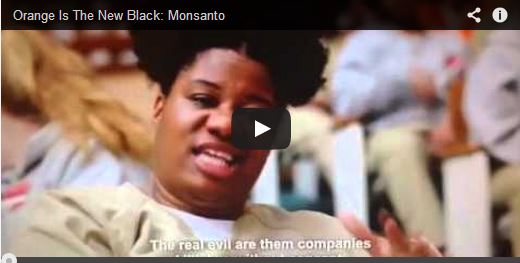 In just one minute, Orange Is the New Black indicts corporate criminals. By name.
Moral Mondays Are Back in Business 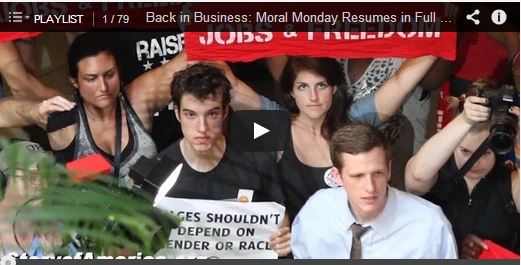 The first Moral Monday since court struck down the North Carolina General Assembly's new rules — interpreted by many as measures designed to silence the Moral Monday Forward Together movement — singing, praying, chanting, and civil disobedience arrests looked a lot like what we saw from Moral Monday in 2013.
The Raleigh News and Observer reports:
Days after persuading a Superior Court judge to suspend some new rules for the N.C. Legislative Building, protesters were back on Monday, raising their voices by many decibels against a state budget and Republican-controlled agenda they describe as "extremist."
Subscribe to Portside