Stoking Fire: Why Are Some Teachers Being Asked to Swear Allegiance to Catholic Doctrine?

As teachers across the country rejoice that the school year is over, Catholic school educators in a handful of areas are having to decide whether to sign employment contracts affirming their wholehearted belief in Catholic precepts. 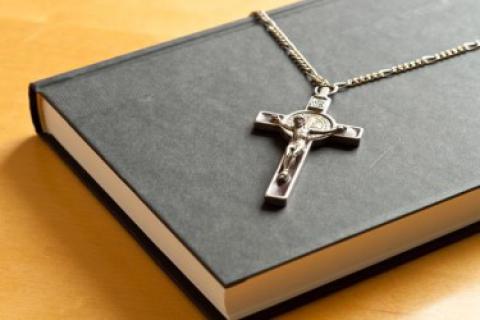 As teachers across the country rejoice that the school year is over, and slowly begin to develop challenging and creative lesson plans for fall, educators in Catholic schools in Cincinnati, Ohio; Oakland, California; and throughout Hawaii are facing a different challenge: Whether to sign employment contracts affirming their wholehearted belief in Catholic precepts.

As journalist Bill Berkowitz, who covers the religious and secular right wing, noted in a recent piece, the contracts require teachers “to pledge fealty to Catholic doctrine in their actions inside and outside the workplace.”

The message, he told RH Reality Check, is that “teachers must be careful about manifesting beliefs that conflict with the official position of the church. They’re making it clear that the Diocese is watching.”

The question is why this is happening now.

The official reasons are laid out in Visions for Catholic Schools, a position paper written in 2012 by the Diocese of Cincinnati. In it, Diocesan officials describe parochial schools as “a primary source for religious vocations.” The statement further describes Catholic schools as “vital to our evangelizing ministry and the future of the church. … American Catholic schools need to be unabashedly proud of their proven gritty ability to transmit faith and values to their students.” So, too, its teachers.

By all accounts, Catholic traditionalists are fighting an uphill battle. Not only are most U.S. Catholics pro-choice, but they also support same-sex marriage and the use of birth control. On top of this, the Center for Applied Research on the Apostolate at Georgetown University reports that there are now just 39,600 priests serving the 50 states, down from 58,909 in 1975. The number of students attending Catholic schools has also fallen, from 2 million 40 years ago to 1.4 million in 2013.

Conservative Oakland Bishop Michael Barber, for one, is hoping to turn this around by inspiring a new generation of schoolchildren to obey strict Catholic dogma. His method? Removing any teacher who goes against the grain—on any issue right-leaning Catholic clergy hold dear. His plan is apparently to troll the Facebook and Twitter accounts of all faculty employed by his diocese. As he told the National Catholic Register, “Contemporary means of communication such as Facebook and Twitter are public, and opposing church teachings openly on the mediums has consequences on a teacher’s ability to fulfill his or her ministry as a role model in a Catholic school.”

The momentum to crack down on dissent has been building for several years. Even before the 2014-15 contracts came to light, a handful of individuals had already been singled out and fired—actions that have served to exemplify the risks inherent in following one’s conscience. Among the dismissed was Mike Moroski, formerly the dean of student life at the Purcell Mariam High School in Cincinnati. Moroski was placed on “administrative leave” in 2013, eight days after he tweeted his support for marriage equality.

Computer technology teacher Christa Dias was also fired by the Cincinnati diocese after administrators learned that she’d used in vitro fertilization to become pregnant. Her case had a happier ending than Moroski’s: A jury awarded her $171,000 after finding that her termination violated federal pregnancy protection laws.

Dias, however, is an anomaly. In the fall of 2013, Arkansas teacher Tippi McCullough was fired from the Mt. Saint Mary Academy after the diocese learned of her marriage to a woman. Similarly, several months earlier, 19-year-veteran physical education teacher Carla Hale was let go by the Cleveland diocese after she was outed as a lesbian. More recently, in February of this year, literature teacher Shaela Evenson lost her Catholic middle school teaching job in Helena, Montana, when she became pregnant while unmarried.

Rita C. Schwartz, president of the Philadelphia-based National Association of Catholic School Teachers—a union representing laypeople employed by Catholic schools in numerous cities around the country—scoffs at the idea that the current spate of contracts is intended to promote a more cohesive Catholic ideology or draw young adherents to the fold. “This has nothing to do with faith or morals,” she begins. “It has to do with the bottom line. The Diocese of Cincinnati lost the Dias case and their lawyers are telling them to create a contract so they don’t get sued again. It is also not a coincidence that they’re trying to push these so-called morality contracts in places where teachers are not unionized.”

But that may be changing. Schwartz reports that since the contracts were introduced, disgruntled teachers have begun to mobilize to protect their common interests. “Teachers in Cincinnati are taking the lead and organizing,” she says. “The contract issue has galvanized them to form a teacher’s union. Staff are going from school to school and have written to area pastors asking them to sign union recognition agreements or schedule a faculty vote on unionization.”

As for signing on the dotted line, Schwartz concedes that most teachers have opted to do so. “They recognize that these things have to be fought from the inside,” she said. “They understand that if they refuse to sign the contracts and resign from their jobs, they will have no power to change anything. They’re signing and then joining with others to improve their working conditions and increase their pay rates and benefits.”

And how has the diocese responded? I ask. “They clearly miscalculated,” Schwartz laughs. “They did not expect that Catholic school teachers would start organizing for a union and for the right to bargain collectively.”

Perhaps, she says, they should have studied history before promulgating the contracts. As Michael Sean Winters noted in the National Catholic Reporter:

In the first decade of the last century, Pope Pius X required an oath against modernism from all teachers in Catholic schools. Modernism was a catch-all term to cover a variety of positions held suspect. In an effort to combat it, Pius instituted a series of witch hunts, and dossiers were opened to monitor those deemed suspect. The effect of the crackdown on dissent was to stifle the intellectual life of the church for a generation.

If Schwartz has anything to do with it, this history will not be repeated. In fact, she’s hoping that the issue of “loyalty oaths” will spark a contagion and promote bold organizing drives in Catholic schools throughout the United States.