How will the clash over education reform between neoliberal democrats and teachers unions play out in the presidential elections? 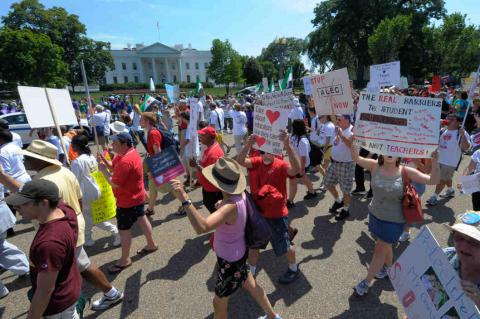