Remarks by Georgetown University professor Maurice Jackson at memorial for Charlie Haden, Los Angeles, July 20, 2014. Jackson spoke at the memorial for jazz legend Charlie Haden at the request of his widow, Ruth Cameron. 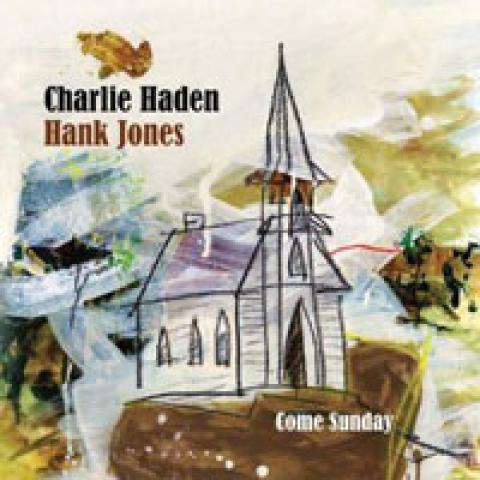 I first met Charlie Haden in the late 1970s. He was playing at the One Step Down on Pennsylvania Ave. with the pianist and arranger Joanne Brackeen. Later he had duets there with the noted DC pianist Reuben Brown.  The One Step was a cozy spot with booths and a long bar where I sat.  After the gig we struck up a talk-not about music but about radical politics-and we kept talking, most often on his frequent calls to me (except when he was on the road), for over 35 years.

By the time I met him he had already gained an international reputation as a member of the legendary Ornette Coleman Quartet.  And I had every record that I could find by Coleman's group and had Charlie's first recording with his Liberation Music Orchestra.  I was just a young activist. We spoke that first night about the songs of the Spanish Civil War that he recorded and the men and women who fought to defend the Spanish Republic in 1930s. He had interspersed some of their songs, including "Los Cuatro Generales" the "Four Generals."  He became excited when I told him that once at a rally in Moscow I saw Delores Ibarruri - the famed "La Pasonaria" of the Spanish resistance.  Like Ben Webster or Lester Young on the tenor sax her voice was so powerful that she seldom needed a microphone and she could belt out a speech so resonant that one could hear her in whispers on the front row or loudly in the rear of a rally, with the same intonations.

Charlie was a man of the world who cared about the world-and its environment and peoples. Too often people, especially artists, like Charlie or scholars like me, know very little of the plight of everyday human beings. Many, as the late historian and social activist W.E.B. Du Bois once said, know a lot about humanity but know  little of men (and women). Charlie was different and I try to be.

Whenever he would call and even if my wife or children answered the phone they would always be greeted with the same refrain "Hey man, Its Charlie."  Over the years the topics changed. When the hearings on Clarence Thomas and his suitability for the Supreme Court were held, Charlie was glued to the proceedings. He wondered how a man who had been so convincingly portrayed by Anita Hill as a sexual harasser could be nominated for the land's highest Court. Charlie felt the discrimination suffered by women, especially African American women.  He had a deep appreciation of their role in history and in music.  He loved playing with DC's own Shirley Horn, and with the Howard University trained pianist Geri Allen, who joins us today. He was close to and recorded with Abby Lincoln and with Alice Coltrane, the widow of John Coltrane, and a grand musician in her own right. He had a special relationship with their son saxophonist Ravi Coltrane, who he also taught at Cal Arts, where he founded the jazz program.

Over the years, when any a big political event occurred he would call.   Because of his disdain of U.S. policies in Latin America, especially during the Iran-Contra hearings, he recorded another album with the Liberation Music Orchestra, "Not in Our Name." He also recorded, partly at my own suggestion, the Chilean resistance song "The People United Will Never be Defeated" and the anthem of the African National Congress, of South Africa "Nkosi SikeleL'I  Afrika."

Charlie  helped me understand the role of jazz  in changing society  and  I regularly teach a course  "Jazz and Human Rights" at Georgetown University about  the social origins and the effect of the music on society.  He and Hank Jones recorded "Spirituals, Folksongs and Hymns," (1995) and "Come Sunday." (2012) I was honored when he asked me to write the liner notes for both CD's. He performed these songs twice at Georgetown, in 1995 with Mr. Jones and in 2009, with NEA Jazz master Kenny Barron. I accompanied him and Hank when they preformed them at Duke University in 2007. It was always a pleasure being with Hank and Charlie, both NEA  jazz masters and Downbeat Hall of Fame inductees. They were both teetotalers and would tell the corniest jokes, and we all  fell out laughing with them.

I wrote a letter to the National Endowment of the Arts to nominate Charlie for the NEA Jazz Master's honor. He did not receive it the first time.  He asked me not to bother with submitting a letter the next year.  I ignored him and the next year he was inducted at a grand ceremony at the Lincoln Center, chaired by its musical director, Wynton Marsalis.  Charlie was ill and could not attend  so his daughter Petra, the singer and violinist, read a message from him.  The noted NY Post columnist and Charlie Parker biographer Stanley Crouch said introductory words for Charlie.   Some time later I got a message from an old friend in NYC who sent me an article, in the NY Post, by Mr. Crouch in praise of Anthony Benezet, the French born Huguenot turned Quaker (1713-1784) who had fled France, gone to Philadelphia and became an international leader against slavery and the slave trade and founder of a school to educate Blacks. I had written a book, Let this Voice Be Heard: Anthony Benezet Father of Atlantic Abolitionism about Benezet and Charlie quietly  made sure that  Mr. Crouch got a copy.  Charlie, for me, was made of the same cloth as the anti-racist Quaker, Benezet. In the parlance of Black people, like me, who have witnessed so much inequality, poverty, hatred  and bigotry and have seen too few whites willing to fight for justice "they were two good white men."

As he grew weaker, our talks became less frequent. Often I would just call his number to leave a voicemail and his wonderful wife Ruth would let me know that he got it. In some of his last calls he would play ,over the telephone, an unrecorded  tape, of one of his bands, or  recordings  of Sergei Rachmaninov's "Piano Trio Number 2 in D Minor" or Maurice Ravel's "Concerto in G Major" or some other favorite, or especially a Bach Etude.

Near the end he called and at the conclusion  said, "I love you man."  While I have always told my wife and our kids how much I love them, it caught me by surprise when a white man, my senior, spoke those words to me.  After all, I grew up in the horrible Jim Crow, worked as a longshoreman and rigger in my native Newport News, Virginia and worked in the "movement."  I felt battle scarred from my years growing up in Jim Crow Virginia and Alabama  and from my many years in the "movement," where I indeed saw too few good white men.

On a recent radio program paying tribute to Charlie I was asked to suggest several   songs with him playing. The last song I played was the Cole Porter classic "Every Time We Say Goodbye" . "I die a little." It was recorded by him and pianist Keith Jarrett in 2007 but just released in the last month or so. In those last calls each time I said goodbye to Charlie  "I died a little... I cried a little."   To paraphrase the words of Khalil Gibran, Charlie's kindness "touched my silent heart and made it sing." I love you man and I will miss you immensely.

[Maurice Jackson is Associate Professor of History at Georgetown University and Chair of the District of Columbia's  Commission on African American Affairs.  He is coeditor with Blair Ruble of Jazz in Washington, D.C. in Washington History, Journal of the Historical Society of Washington, April 2014. jacksonz@georgetown.edu]