Meet the Jew Who Was Arrested for Condemning Israel

I spent 24 hours in jail this week. As an American Jew, and as a person of conscience, I am angry and heart-sick at the death and destruction being wrought by Israel against Palestinian civilians and their homes, schools and hospitals. 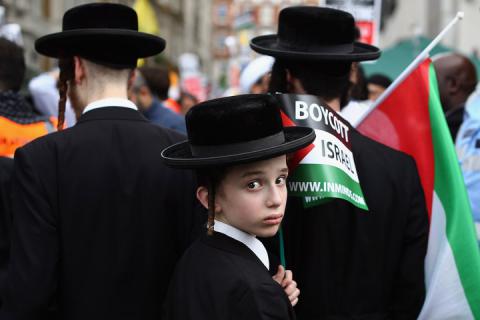 Naomi Dann is a media fellow with Jewish Voice for Peace, a US-based, grassroots organization that works to achieve a just peace for all people in Israel and Palestine. Here she explains why she endured arrest to protest against Israel.

Every morning since the beginning of Operation Protective Edge, I've woken up feeling nauseous, both anxious and apprehensive to open my computer and catch up on the horrific news coming out of Gaza.

I work for Jewish Voice Peace (JVP), an organisation that does sustainable, long-term work towards achieving a just peace for all the people of Israel and Palestine. And yet, I felt compelled this week to escalate my actions to match the urgency of the current moment.

My paralysing sense of powerlessness to stop the current violence was briefly lifted by a protest against the American Jewish establishment's support for the devastating assault on Gaza, for which I spent 24 hours in jail this week. As an American Jew, and as a person of conscience, I am angry and heart-sick at the death and destruction being wrought by Israel against Palestinian civilians and their homes, schools and hospitals.

As the violence has escalated, people of conscience around the world are also escalating their actions to call on Israel to its end the assault against a trapped and impoverished population in Gaza which has killed over 1450 Palestinians, including over 315 children, to date.

I work with activists from JVP, in partnership with peace, social justice, and faith-based organisations across the US. JVP activists have mobilised emergency rallies and civil disobedience actions, targeting their energy at American companies complicit in the continued occupation of Palestine, as well as support from the US government and from American Jewish institutions that enable the Israeli assault.

On Monday 28 July I sat down, locked arms, and took arrest with a group of young Jews calling ourselves #IfNotNow in the lobby of the New York offices of the Conference of Presidents of Major Jewish Organisations. We demanded that the Jewish institutions that claim to represent us join our call to end the current violence, to end the occupation, and express their support for a path to equality and justice for Palestinians and Israelis alike. 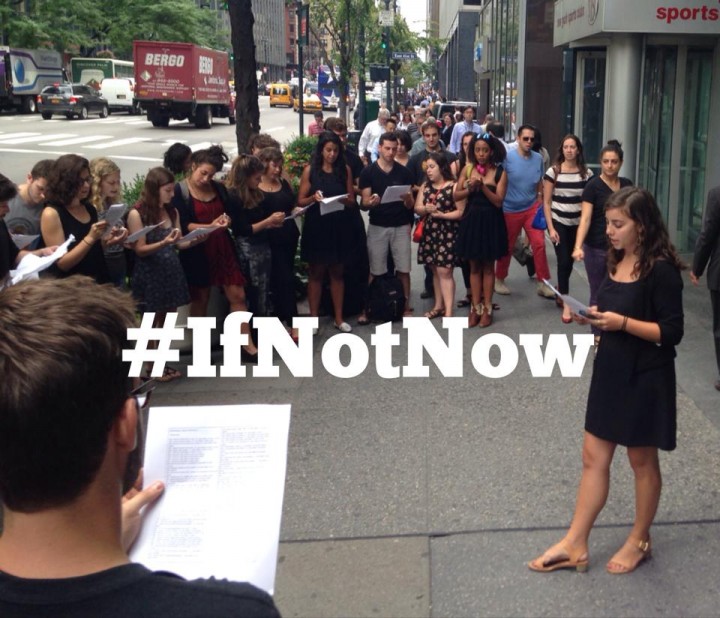 What we are seeing Israel do in Gaza is not self-defence. The military assault that has killed hundreds of Palestinian children is part of a long-standing Israeli policy of "mowing the grass," beating back the resistance of an occupied population. It is not enough to call for a ceasefire and hope that this current 'flare-up' of violence will die down. As we have seen over and over again in the last several weeks, a ceasefire that allows Israel to continue operating in the Gaza Strip and that fails to address the humanitarian need to end the seven-year siege of Gaza will not and cannot hold.

The rockets sent into Israel by Hamas and the hugely disproportionate Israeli attacks on civilians and children in Gaza, are not the source, but a symptom of the larger problem: the ongoing occupation of Palestinian land and the daily violence and oppression enacted against Palestinians.

Gaza has been under occupation for 47 years, and under siege for the last seven, while Israel maintains control of the territory's borders, air space, waters, electro-magnetic sphere and the movement of goods and people. According to international law, Gaza is still an occupied territory, with extremely high levels of poverty and no means of escape for the 1.7 million people who live there.

It is the daily brutality of the occupation, and the underlying racism and colonialism of the State of Israel, that is at the root of the current crisis.

Existence itself is an act of resistance

It means that, for those living on land that the Israeli military and settlement infrastructure wants to displace them from, existence itself is an act of resistance. 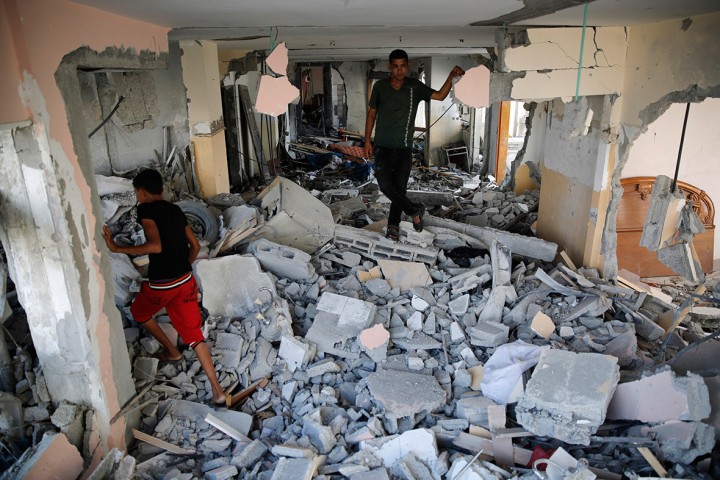 As I heard over and over again from Palestinian and Israeli activists on a recent trip to the region, and as has been proven again and again in the escalation of this latest round of violence, only international pressure will force Israeli leaders to change the status quo and take the steps necessary for securing a just peace in the region.

The Gaza conflict is a symptom of a wider problem: the ongoing occupation of Palestinian land and the daily violence and oppression enacted against Palestinians.

Prime Minister Benjamin Netanyahu has made it clear that Israel has no intention of ending the assault on Gaza, no intention of lifting the blockade that makes life in Gaza unbearable, and no intention of ending the occupation of the West Bank. The Israeli government has proven its interest is not peace, but rather acquiring more and more land, for Jews only. Decades of U.S-brokered "peace talks" have provided cover, while Israel actually expanded settlements and entrenched its control over Palestinian land.

We at JVP continue to feel hopeful that the increasing numbers of Jews and other people of conscience speaking out in support of Palestinian rights is a sign of a shift in the international, and especially American, political discourse towards recognising that investment in the occupation and enablement of the daily violations of Palestinian human rights is immoral, unsustainable, and has to end.

I'm proud to be part of a growing community of people who are standing up and demanding an end to the violence, an end to the occupation and a path towards equality and justice for both Palestinians and Israelis.

Jewish Voice for Peace has over 170,000 online supporters, 40 chapters, a youth wing, a Rabbinic Cabinet, and an Advisory Board made up of leading U.S. intellectuals and artists. Find out more about the organisation here.