The Entitlement of the Very Rich

If the public has a clear understanding of the agenda of the Immelts of the world, and their political allies, it will be better positioned to protect the entitlements that workers depend on have paid for. 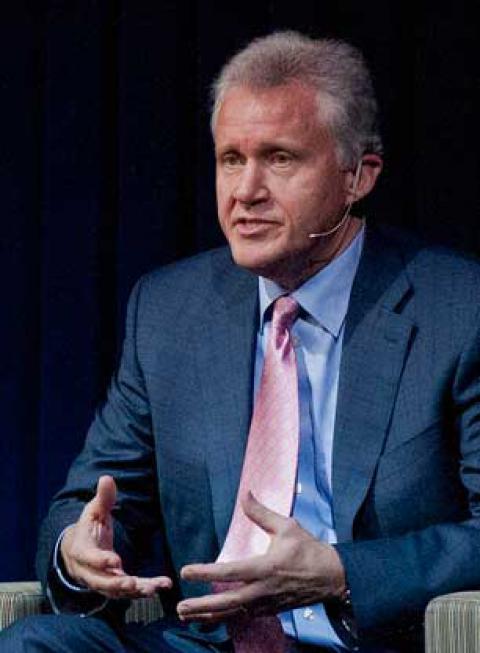 The very rich don't think very highly of the rest of us. This fact is driven home to us through fluke events, like the taping of Mitt Romney's famous 47 percent comment, in which he trashed the people who rely on Social Security, Medicare, and other forms of government benefits.

Last week we got another opportunity to see the thinking of the very rich when Jeffrey Immelt, the CEO of General Electric, complained at a summit with African heads of state and business leaders that there is even an argument over the reauthorization of Export-Import Bank. According to the Washington Post, Immelt said in reference to the Ex-Im Bank reauthorization, "the fact that we have to sit here and argue for it I think is just wrong."

To get some orientation, the Ex-IM Bank makes around $35 billion a year in loans or loan guarantees each year. The overwhelming majority of these loans go to huge multi-nationals like Boeing or Mr. Immelt's company, General Electric. The loans and guarantees are a subsidy that facilitates exports by allowing these companies and/or their customers to borrow at below market interest rates.

As a practical matter, whether the bank is reauthorized or not will have no noticeable impact on the economy. If the government took away the subsidy on this $35 billion in exports, it would probably lead to a decline of between 10 and 30 percent in these exports ($3.5 billion to $10.5 billion), while costing Boeing, GE, and the rest some of their profit margin on the portion they continued to export.

The loss of exports would be in the range of 0.2 percent to 0.5 percent of total exports or 0.02 percent to 0.06 percent of GDP. (This assumes that none of the exports include imported parts, which is obviously not the case.) In short the impact on the economy of ending the subsidies from the Ex-Im Bank would be almost invisible.

If the folks pushing for the Ex-Im Bank reauthorizartion were really concerned about jobs created through trade, we could generate far more jobs with even a modest decline (e.g. 1 percent) of the dollar against other currencies. This would make our exports cheaper to people in other countries and would reduce the price of domestically produced goods relative to imports, thereby leading consumers to purchase more U.S. made goods.

While ending the Ex-Im Bank would have little impact on trade and jobs it would be a big deal to Mr. Immelt's company and presumably to Mr. Immelt's compensation. Therefore it is not surprising that he might find it "just wrong" that we should even have to argue about it.

For some additional context, it is worth noting that Mr. Immelt is one of the members of the Peter Peterson initiated group, Fix the Debt. In that capacity he has gone around the country arguing for the need to cut Social Security and Medicare benefits. So we have someone who makes $25 million a year, at least in part from taxpayer handouts, who runs around the country complaining about retired workers getting $1,300 a month from Social Security, whining because he has to argue to continue these handouts.

It would be nice if Immelt were just another crazed one percenter who had no credibility outside of his country club, however this is not the case. It was not an accident that Mr. Immelt was at this summit. He is a highly respected business leader and apparently is close enough to president Obama to have been made head of his Council on Jobs and Competitiveness.

The reality is that the Immelts of the world are able to put muscle behind their sense of entitlement because politicians need their campaign contributions to be credible candidates. For this reason, they are almost certain to secure the reauthorization of the Ex-Im Bank, which has the support of most of the leadership of both parties.

The rest of us just have our votes. But if the public has a clear understanding of the agenda of the Immelts of the world, and their political allies, it will be better positioned to protect the entitlements that workers depend on have paid for. Gutting Social Security and Medicare should be far more unthinkable than not reauthorizing the Ex-Im Bank.

Copyright, Truthout. May not be reprinted without permission of the author.