It’s no surprise that WellPoint and its affiliated Blue Cross and Blue Shield companies are the biggest contributors in a $37.5 million campaign to stop Proposition 45, which would require the insurers to get state approval to raise rates. The measure would require approval by the elected state insurance commissioner for changes in health insurance rates or anything else that’s part of a policy. 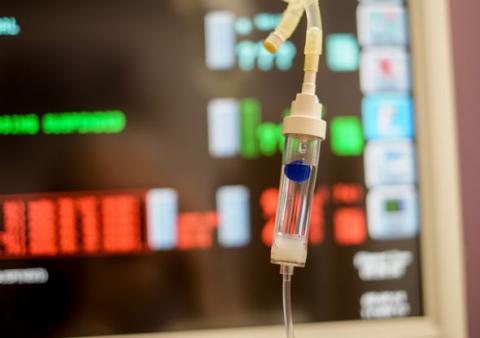 From the start, even fans recognized that one of Obamacare’s great weaknesses was its failure to regulate insurance rates. Washington orders you to buy insurance, but can’t police how insurance companies raise your rates, a decision that made the Affordable Care Act a big moneymaker for the insurance industry.

Now, determined to preserve and increase profits, the industry is waging a fierce and expensive battle against a ballot initiative in California that would regulate insurance premiums. The vote in November has national significance. California, according to the Insurance Journal, is the largest insurance market in the country and what happens there politically and economically can be felt elsewhere in the country. Certainly, the fate of the measure, Proposition 45, is likely to have a great impact on consumer advocates’ efforts to improve Obamacare.

The failure to impose nationwide regulation was a result of the messy deals and compromises that accompanied the Affordable Care Act’s perilous journey through Congress.

Advocates of decent health care favored government health insurance. When insurance industry opposition killed that plan, called “single-payer,” those fighting for a strong health care system fell back on the “public option,” basically a government-run health insurance agency that would compete with private companies and keep rates down. That failed too. So finally, consumer advocates, battered by defeats, proposed federal regulation of rates. But that didn’t go anywhere either. Thus rate regulation was left in the hands of the states. In all, 35 of them do it, with their efforts ranging from good to weak.

As expected, the big insurance companies profited. WellPoint, one of the biggest, said it signed up 769,000 people who registered in Obamacare exchanges in the first year and hopes to hit 3 million by 2018. Other big companies report the same good news. WellPoint is making a lot of money from these people as are United Health Group, Humana, Cigna and Aetna, and they’re all predicting more good years ahead.

“The improved forecast is the latest in a parade of rosy financial projections from health insurance companies benefitting from the health law,” contributor Bruce Japsen wrote on Forbes’ website in April.

So it’s no surprise that WellPoint and its affiliated Blue Cross and Blue Shield companies are the biggest contributors in a $37.5 million campaign to stop Proposition 45, which would require the insurers to get state approval to raise rates.

The WellPoint operation put in $12.5 million, according to the California secretary of state’s office. An additional $4.7 million came from WellPoint’s Blue Shield. The Kaiser Foundation Health Plan donated $7.2 million.

The measure would require approval by the elected state insurance commissioner for changes in health insurance rates or anything else that’s part of a policy. There would be public notice of such changes, along with public hearings.

The measure was written by an organization called Consumer Watchdog, which is running the campaign. The Consumer Watchdog people were responsible for another California initiative, 1988’s Proposition 103, which imposed regulation on auto insurance and has given the state insurance commissioner enough power to block more than $23 billion in automobile insurance rate increases.

Opposition to the measure also comes from members of the board of Covered California, which runs the state insurance marketplace, although the organization has not officially taken a stand. Generally, they say Covered California has done a good job in negotiating rates with insurance companies participating in the marketplace. Proposition 45 backers argue that the negotiations are done in secret, with the public not knowing whether the rates are fair or not.

The initiative campaign comes at a crucial time for Obamacare. The next enrollment period begins Nov. 15, and all eyes will be on the Department of Health and Human Services to see whether it can do a better job than it did with the first signups.

As it stands today, Obamacare has had some surprising successes.

A total of 7.3 million have enrolled, said Marilyn Tavenner, the federal official responsible for administering the Affordable Care Act.

The Centers for Disease Control and Prevention reported that the number of uninsured dropped by 3.8 million in the first three months of this year, even though Obamacare was still recovering from its botched launch. High coverage gains have been reported among Latinos, African-Americans and adults with less than a high school education or who are under the age of 26. These groups were among the highest number of uninsured before Obamacare.

“The law is in better shape today than seemed possible during its catastrophic launch,” Vox Editor-in-Chief Ezra Klein wrote Thursday.

But the Affordable Care Act is flawed. One of the biggest problems is the narrow networks of physicians, hospitals and other caregivers under Affordable Care Act insurance policies. When you sign up or re-enroll, you can lose your doctor and, in looking for a new one, face limited choices. A narrow network could exclude the best, and most expensive, specialists and hospitals, including academic health centers. The best and most expensive aren’t always needed, but some really sick people might find their insurance lacking. And if you are in an emergency ward and end up being treated by an out-of-network doctor, you may have to pay.

Those are a few of the troubling aspects in a law with many twists, turns and loopholes. The worst is the matter of regulating the insurance rates. As Jamie Court of Consumer Watchdog has said, “How can you force people to buy insurance if there is no mandate that it be affordable?”

Obamacare, while flawed, is beginning to work. But it should do more for consumers than for insurance companies. Voter approval of California’s Proposition 45 would send that message around the country.