Bill Fletcher's post on the recent midterm elections and what progressives need to do, in order to win, sparked a number of reader responses. Fletcher drew on lessons from the elections, and past elections, putting forward a call for progressives to effect politics that can improve the lives of the majority in our country. Below is a long post from Jonathan Nack, a response from Ed Hunt, further comment from David Schwartzman, and a note from Portside Moderator. 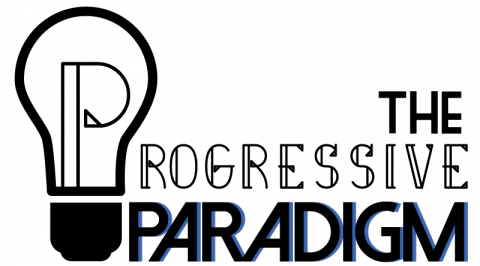 Bill Fletcher writes that a lack of progressive direction resulted in the Democrats loss of the election.  Why did that happen?

I propose the answer is because the Democratic Party is a top down corporate capitalist party controlled by rich people.  That at the top of the party's hierarchical structure, progressive Democrats have little representation and less influence.

Fletcher proposes that progressives double down and get even more active in Democratic Party circles, by building grassroots progressive organizations such as Democracy for America.  Fletcher recommends that such groups concentrate on fundraising and resource gathering, even though he concedes that the way the game is stacked, its impossible to compete with the money of the rich and super-rich.

Fletcher does give a nod to supporting candidates running as "independents" in certain circumstances.  Fletcher writes that, "formations (which i have called "neo-Rainbow") ... can identify and train candidates; build bases; take on initiatives and referendums; and run our candidates either in Democratic primaries or as independents, depending on the tactical situation."  Fletcher has thus written off building alternative political parties or even discussing the idea.

I think the U.S. left and progressives (whatever the term "progressive" means these days) remains boxed in the arena of electoral politics and dominated by the forces of corporate capitalism.  On the one hand, the strategy Fletcher proposes, which is nothing new, looks less and less promising.  On the other hand, efforts to build competitive alternative parties to the left of the Democrats haven't succeeded.  In fact, the Green Party, the most successful of the mainly unsuccessful "third party" efforts, is in serious decline, at least in California where I live (which has the largest number of registered Greens). Neither electoral strategy option currently looks promising.

Perhaps the most promising thing happening now is that Senator Bernie Sanders is currently stumping the country trying to see if the grassroots are ready to mobilize for what he calls a "political revolution". Curiously, the exploratory campaign for President by the U.S. Senator who is famously both an independent and a socialist, but whom also works closely with Democrats, and is the founder of the Progressive Caucus in Congress, doesn't get a mention by Fletcher.

In a recent interview by Bill Moyers, Sen. Sanders said that he hasn't decided to run, nor if he does, whether he would run as an independent or in the Democratic Party primary. He said he could see advantages to both strategies. Sanders also said that he hasn't written off either the idea of progressives being eventually able to take over the Democratic Party, nor the idea of building a new political party.

Though what Bill Fletcher is advocating may be nothing new, much of the US left has yet to come to grips with the real life consequences of our peculiar US electoral system, which has placed daunting obstacles in the way of third party efforts. Our electoral system is fundamentally undemocratic.   And there is no easy fix.   We might ask ourselves "what blocks, what forces, what constituencies, etc., would we envision being part of a future people's party?"

I personally believe the socialist left should promote and work for the eventual formation of a mass socialist party in this country, but there's no telling at this point whether a future realignment would result in a socialist party or some other type of mass left of center political party, or multiple parties. Few, I think, would disagree that the left is impotent when it comes to national elections or influencing national policy. Even the left-liberal House progressive caucus, by far the largest caucus in the Congress, one would think, would have a major influence in setting the national agenda of the Democratic Party, but they don't. They too are disenfranchised.

So what is the role of the left?  I believe we have a number of tasks. I believe the left should not only support but be a part of building a left, or left-center, block within the Democratic Party. This is not about building the Democratic Party. This is about challenging the status quo and the pro-corporate machinery that dictate the Party's agenda. This is about building muscle behind our issues, vision and program.   It is also a challenge to those who think we can successfully take over and reform the Dems. Some progressives think this is possible. Good luck to them. In the end, I don't believe they will succeed. But I do advocate making common cause with these forces -- regardless of differences of opinion over whether the Dems can ever be taken over and reformed -- who are committed to building a movement for racial and economic justice and who have demonstrated a willingness to take on the Democratic Party corporate wing.

The fact remains that many - in the labor movement, the African-American movement and other Communities of Color, the Women's and LGBT movements, and the climate justice movement for example - look to the Democrats  as their most realistic and practical defence against the most extreme right and of the worst that capitalism has to offer. While I advocate building a left block within the Democratic Party, this is not at all to the exclusion of building independent politics. We need to build our left within and without, and we need to seize any opportunity to help propel the growth of independent politics and toward a fundamental political realignment.

The goal, I believe, is splitting the Democratic party at some point down the road, uniting the so-called democratic base with grassroots efforts that are independent of the Democratic Party. We need to be able to 'walk on two legs.' It's not about choosing one path exclusively. I like to remind people, whenever I can, of the growing openness to socialist ideas.   Polling conducted by the Wall St. Journal and others just a few years ago sent shivers down the spines of those in power.   That polling found significant numbers of people, and particularly young people, who are increasingly favoring socialist solutions to the catastrophe of neoliberal capitalism.

It is possible to challenge the status quo and mount challenges to the two parties now. While I may have issues with the overall politics of Socialist Alternative, Seattle City Councilor Kshama Sawant, her organization and her campaign has proven that you can run as an open socialist and win. The left ought to be looking at openings for local socialist challenges elsewhere around the country. I don't know why Bill Fletcher didn't mention a potential Sanders presidential run in his piece below, but I do know that Bill has spoken and written about the value of a Sanders run. I know that Fletcher has not written off building alternative political parties and in fact has a extensive record of encouraging robust discussion to find a path out of this two party prison that holds us captive. Some of us argue for intervention into the Democratic Party (and I would remind folks that this is one prong of a multi-pronged approach) not because we relish the idea, but because we really don't have a choice if we are to eventually affect a political realignment that results in a viable people's party in this country. To make it viable, don't we need the current democratic constituencies of labor, communities of color, women, lgbt people, etc to be a part of it? I think we do. The bulk of these constituencies are not quite ready to bolt from the Dems.

A considerable measure of 'education through struggle' still has to occur. We must be involved in that struggle, and help show the way, not sit on the sidelines.

Ed in Salem, OR

In this piece by Fletcher he says " A primary challenge is worth it, even if he just pushes the victor to the left."

Rather than just pushing the likely frontrunner, as of now, Hillary Clinton to the rhetorical left, Sanders would do well to challenge her in the Democratic Primary, raising the issues he is best on, and thereby opening space for the progressives and the left to mount their electoral challenges in local and national venues, e.g., a reinvigorated Green Party Presidential run raising once again the Green New Deal. Noting the great job Green Party candidate Howie Hawkins did in NYS, and in case readers of this listserve did not see this piece. (Building Outside the Democratic Party)

Moderator's Note: Bill Fletcher in the Portside post to which these reader responses refer to - Election Failure by Democrats - Three Views (which originally appeared in The Black Commentator, refers to Progressive Democrats of America (PDA), not Democracy for America, to which Jonathan Nack references.

For Bill Fletcher's article on Bernie Sanders, see To the Point, in the February 2014 issues of The Progressive.