Edward Snowden and Chelsea Manning exhibit something of Eugene Debs' understanding that dissent is not disloyalty. Drawing on the courage of - yes - Warren Harding, and while offering clemency would not be politically easy, it would in time [to] burnish Barack Obama's dubious civil liberties legacy. 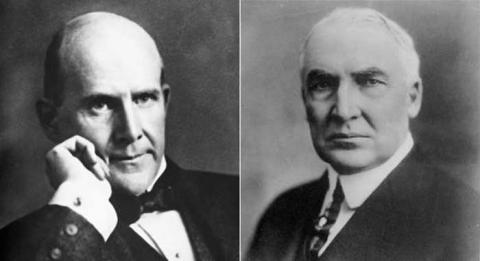 The New York Times once ran a series of letters about President Obama's reluctance to use his power of pardon. Compared to some presidents like Harry Truman, who pardoned a prisoner a mere eight days after succeeding FDR, Professor Sanford Levinson of the University of Texas Law School, perhaps recalling Bill Clinton's outrageous pardon of Marc Rich, Obama has pardoned some 39 people, 25 of whom only received probation. Levinson even mentioned the conservative ex-Republican Governor of Mississippi Haley Barbour who pardoned 215 prisoners in one year, including some who had killed. Why? Barbour explained, "Christianity teaches us forgiveness and second chances." Excellent advice for Christians and everyone else, including Barack Obama, now entering his seventh year as president. For guidance, he might look back at a predecessor named Warren G. Harding.

Almost 92 years ago, Harding, an unlikely and undistinguished American president who had just succeeded Woodrow Wilson, an unpopular and increasingly spiteful president, commuted the prison sentence of Eugene V. Debs, the antiwar, anti-draft socialist who had spent three years of his 10-year sentence in Atlanta Penitentiary for opposing America's entry into World War I. 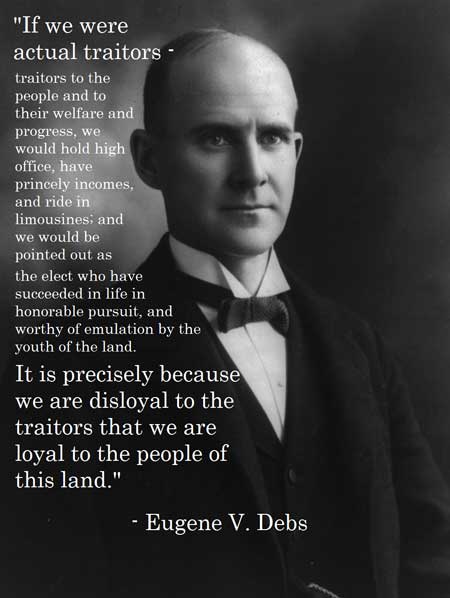 In June 1918, Debs delivered the speech that landed him in prison and became the Government's biggest catch. The three-time Socialist Party candidate for the presidency-he would run again in 1920 while still a prisoner, his campaign button featuring his portrait along with the words, "For President: Convict No. 9653"-openly defied U.S. foreign policy and the hated draft, telling his audience: "The master class has all to gain and nothing to lose, while the subject class has had nothing to gain and all to lose-especially their lives. They have always taught and trained you to believe it to be your patriotic duty to go to war and to have yourselves slaughtered at their command..They alone declare war and they alone make peace.."

For this "crime" he was indicted by a federal grand jury and arrested in Cleveland for violating the Espionage Act. The following November he received that ten year sentence.

**After issuing his order to release the prisoner, Harding had the audacity to invite Debs to visit him in the White House, where the two men, so different in so many ways, shook hands, and spent an hour talking, much to the mortification of hardliners in Congress, the bellicose American Legion, his wife Florence, as well as Republicans who had voted for him and considered Debs a traitor.

But Harding - always falsely rumored to be part Black - was very different from the bigoted Wilson who disliked Blacks and who once told his secretary Joe Tumulty that Debs "was a traitor to his country and he will never be pardoned during my administration." Forever tainted by his corrupt appointees, Harding has since been portrayed by most historians as one of our worst presidents. Still, unlike most presidents since Lincoln, he tried to broach the question of racial inequality and supported anti-lynching legislation. He once dared tell a gathering of whites in Birmingham, Alabama, "We cannot go on, as we have for more than a half century, with one section of our population set off from real contribution to solving our national issues, because of a division on race lines," an extraordinary presidential statement in the 1920s. He also supported the Washington Naval Conference, a genuine if ultimately futile effort to limit the navies of Britain, Japan and the U.S. and prevent future wars.

By contrast, it was Wilson who introduced the Espionage Act in 1917, aimed ostensibly against real spies and which remains a widely used if highly questionable tool of today's Justice Department. It was followed by congressional approval in 1918 of the Sedition Act, the first time since John Adams' infamous act of the same name and which, for the first time, criminalized dissent but which his successor Thomas Jefferson wisely and promptly repealed.

Snowden and Manning exhibit something of Debs' understanding that dissent is not disloyalty. Drawing on the courage of - yes - Warren Harding, and while offering clemency would not be politically easy, it would in time [to] burnish Barack Obama's dubious civil liberties legacy.

[Murray Polner is a book review editor for HNN.org and was editor of Present Tense, published by the American Jewish Committee from 1973-90. He wrote Rabbi: The American Experience; co-edited (with Stefan Merken) Peace, Justice, and Jews: Reclaiming Our Tradition, as well as No Victory Parades: The Return of the Vietnam Veteran and, with Jim O'Grady, Disarmed & Dangerous, a biography of Daniel and Philip Berrigan. His most recent book is We Who Dared to Say No to War: American Antiwar Writing From 1812 to Now, co-authored with Thomas Woods.]