Christmas is a commercial, obnoxious holiday. But the so-called golden rule — do unto others — that is ostensibly a core principle of every major religion, well that is a reality we have never approached, but should aim for. 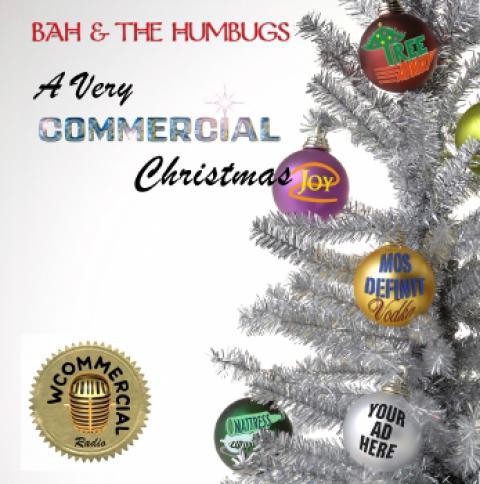 I’ve spent much of my life trying to ignore Christmas. As a secular Jew, an atheist and a progressive, my reasons are common. It’s a commercial, obnoxious, even dreaded holiday. But it’s not changing anytime soon and we should make the best of it. (Hanukkah, I might note, is no better, although it gives us an excuse to eat latkes.)

Nothing is as simple, though, as it seems when you’re young, when my dislike of Christmas was more intense. In fact this is a good week. The winter solstice, by definition the gloomiest day of the year, represents optimism: The days do nothing but get longer and brighter from now on. Sweet-smelling trees can turn a cramped apartment into something exotic.

And then there’s the dream of peace.

Today marks the 100th anniversary of the “Christmas truce” of World War I, when soldiers from both sides left their weapons in the trenches and met in neutral territory to embrace, play soccer and no doubt drink to excess in the spirit of humanity. Although the acts were officially condemned, these “live and let live” moments were repeated throughout the war.

There was no reason for those men to hate one another, let alone to start the mechanized killing that created a lost generation and ultimately left some 16.5 million dead. (In France and Germany, the countries with the most casualties, around 4 percent of the total population died. Tiny Serbia may have lost 20 percent of its people.)

Despite the occasional spontaneous truces, the killing always resumed, and real resisters were sometimes executed. That the war was one of the great failings of “civilization” is beyond question, especially since it spawned World War II, during which an estimated 55 million were killed worldwide.

But what if they gave a war and nobody came? A hundred years ago, the most viable alternative to state-declared mass killing was armed revolution, which is difficult to pull off — especially in industrialized states. One could argue that for the rulers of the imperial nations, a not unwelcome consequence of the war was to quiet the working classes’ revolutionary zeal.

In the United States, voting for the left didn’t have much impact: The labor organizer Eugene V. Debs ran five times for president as a Socialist, the last time from jail — where he was serving time for “sedition,” that is, being antiwar — and twice (in 1912 and 1920) received nearly a million votes (more than 5 percent of the total in 1912, which makes a good argument for parliamentary-style representation). His 10-year sentence was commuted to time served as of Christmas 1921.

But nothing slowed the killing, certainly not religion. Though you wouldn’t know it from the rhetoric, logic demonstrates that a benevolent God played no role. This, of course, is one of the reasons to dislike organized religion; each person thinks God is on his side. Perhaps turning the other cheek is too much to ask.

Then there’s Christmas, and that odd spontaneous truce, “organized,” as it were, without leadership.

The so-called golden rule — do unto others — is ostensibly a core principle of every major religion. Though it’s widely ignored, we all know what love is and who our neighbors are. If every day were Christmas, if we lived as if the golden rule mattered, if every day were a truce — well, that is a reality we have never approached, but should aim for.

Is that silly? Only if you disagree with Martin Luther King Jr.: “I refuse to accept the view that mankind is so tragically bound to the starless midnight of racism and war that the bright daybreak of peace and brotherhood can never become a reality.”

Everyone believes their time is the most tumultuous; for all of its challenges, ours probably is not. Violence is on the wane, there’s widespread peace, abundance and progress, and the opportunities for real democracy and understanding have never been greater. If efforts toward progress seem halting, it’s in part because the oligarchs running the United States and most of the rest of the world are desperate to remain in control, because progress threatens the concentration of wealth.

But if we talk among ourselves and properly love one another the best we can, we will prevail. A just and wonderful world can be ours, as long as we do not relinquish our citizenship.

The historical Jesus was a nonviolent revolutionary. Let’s celebrate that. And the lengthening of our days.