On January 21, the U.S. Supreme Court will hear oral arguments in Texas Department of Housing and Community Affairs v. The Inclusive Communities Project. The case poses the question of whether the Fair Housing Act protects Americans from all housing policies that discriminate in practice, or only those where intentional bigotry can be proven. The decision to take up this case leads many to conclude the 1968 Fair Housing Act is in grave jeopardy. 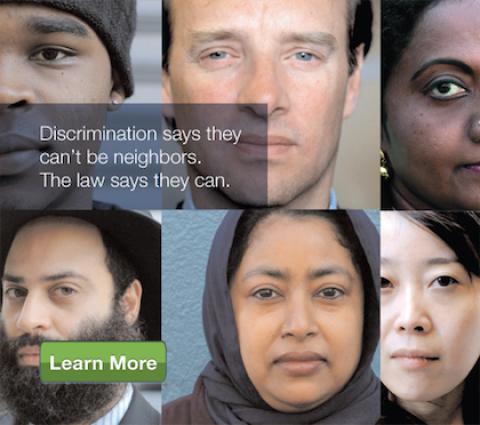 The U.S. needs a robust and effective Fair Housing Act in the 21st century., U.S. Department of Housing and Urban Development

Open, inclusive communities free of discrimination are critical to our national success. But despite the progress we’ve made as a nation, significant obstacles to fair housing persist. There are still some real estate agents, landlords, and others who practice intentional discrimination against people of color, families with children, people with disabilities, and other Americans. But more often these days, local governments and real estate corporations engage in unjustified and unnecessary practices which have the practical effect of discriminating against people in search of housing.

In many communities, arbitrary regulations prevent the construction of affordable housing that would lead to more inclusive, integrated communities. Similarly, if a large apartment complex advertises vacancies only through word-of-mouth, the result is often that people of different races never have an opportunity to hear about or seek housing there. That means some groups of Americans are unfairly cut off from opportunities like quality schools, jobs, and business possibilities. That’s bad for us all.

When a housing policy has the effect of perpetuating racial exclusion, and that policy is unnecessary or unjustified, it must be set aside or changed under the Fair Housing Act, whether or not the politicians who passed it were intentionally focused on racial discrimination. But now, that important principle is at risk.

On January 21, the U.S. Supreme Court will hear oral arguments in Texas Department of Housing and Community Affairs v. The Inclusive Communities Project. The case poses the question of whether the Fair Housing Act protects Americans from all housing policies that discriminate in practice, or only those motivated by an individual’s subjective, intentional bigotry.

The Supreme Court’s decision to take up this question is troubling. Typically, the court grants review of an issue only where the lower courts disagree, or where a lower court has invalidated an act of Congress. None of those circumstances exist here. Indeed, for over forty years, every appellate court to consider the question has concluded that the act prohibits unfair and avoidable policies that discriminate in practice—known as disparate impact—as well as intentionally discriminatory decisions. The U.S. Department of Housing and Urban Development, which is charged with enforcing the act, has taken the same position, recently reaffirming this interpretation in new regulations.

This is the third time the justices have reached out to hear this issue—the previous two cases settled—leading many to conclude that a robust Fair Housing Act is in grave jeopardy. But it’s not that simple. It takes only four of the court’s nine justices to grant review, and there’s little question that the court’s four most conservative members (Chief Justice Roberts and Justices Scalia, Thomas, and Alito) would happily weaken the Act.  Another four members of the court (Justices Ginsberg, Breyer, Sotomayor, and Kagan) are likely to leave a strong and effective Fair Housing Act intact. So, as is often the case with civil rights questions, Justice Anthony Kennedy will likely cast the deciding vote, and may write the controlling opinion.

Justice Kennedy, and the court, should preserve the act’s full protections, prohibiting housing discrimination in all of its forms. Doing so would fulfill the intentions of Congress when it passed the act, uphold our national values, and advance our country’s interest in opportunity for all.

The Fair Housing Act was passed in 1968 in the wake of Dr. Martin Luther King’s assassination. There’s no question that congress sought to prohibit all forms of discrimination in housing.

As Senator Ted Kennedy explained when the act was being debated in congress, the inability of African Americans to move to higher opportunity neighborhoods stemmed in part “from a refusal by suburbs and other communities to accept low-income housing,” as well as from “the racially discriminatory practices not only of property owners themselves but also of real estate brokers,” and “the policies and practices of agencies of government at all levels.”  The act was intended to address all of those dynamics.

Just as important, a robust and effective Fair Housing Act is right for America in the 21st century.

If the Supreme Court weakens the act, people seeking fair housing would have to somehow prove what was in a lawmaker or real estate company’s head in order to successfully challenge an exclusionary law. Experience shows that doing so is not only exceedingly difficult, but misses the harms the act was designed to address.

In 1968 and today, people of color are too often geographically isolated from opportunities like good schools, decent jobs, and quality health care. The Fair Housing Act was designed to topple the arbitrary obstacles that lead to that isolation, whether by design or in practice.

When those obstacles fall, our entire nation benefits through greater and more equal opportunity. Kids get a better education, parents are better able to support their families and contribute to our economy. Neighborhoods are healthier and more prosperous. And the more inclusive communities that result enable people of different groups to live, work, and play together in ways that strengthen our country.

Justice Kennedy has, in other cases, recognized the fundamental importance of that goal to America’s future. In a 2007 school integration case, he wrote that “this nation has a moral and ethical obligation to fulfill its historic commitment to creating an integrated society that ensures equal opportunity for all of its children.”

That goal can only be achieved through a fully effective Fair Housing Act. Let’s hope the court understands that. If not, we’ll be calling on a very different Congress to restore and fortify the act for the 21st century.

[Alan Jenkins is the executive director and co-founder of The Opportunity Agenda. The National Housing Insitute publishes the Rooflines blog and Shelterforce magazine.]