The Devastating Impact of Vaccine Deniers, in One Measles Chart

Anti-vaxxers are quite literally turning back the clock on decades of public health progress. 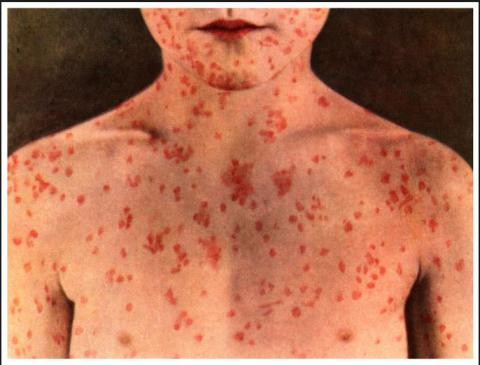 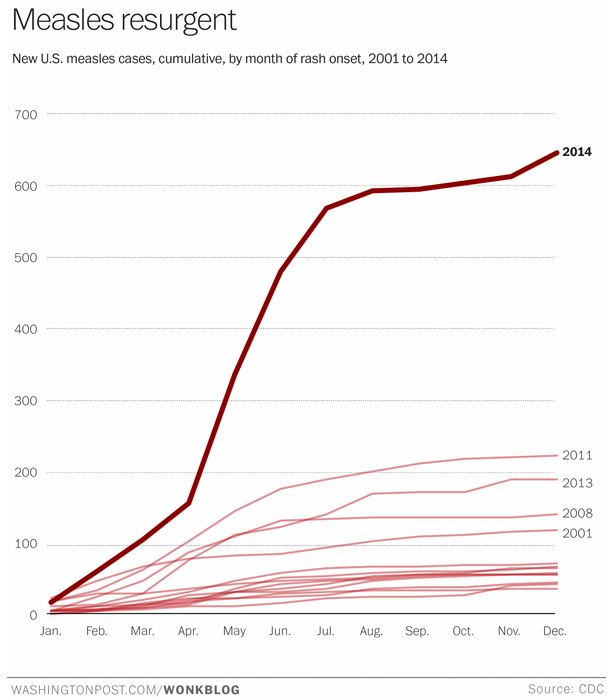 If you want to quantify the alarming impact of the anti-vaccine movement, the chart above is a good place to start. It plots the cumulative number of new measles cases by month, for each year from 2001 to 2014.

There were 644 new measles cases in 27 states last year, according to the CDC. That's the biggest annual number we've seen in nearly a quarter-century. The vast majority of people who contracted the disease were unvaccinated, including the dozens of cases related to an outbreak at Disneyland in Orange County, California, which is basically Ground Zero in our current epidemic of anti-vaccine hysteria.

A 2014 AP-GfK survey found that only 51 percent of Americans were confident that vaccines are safe and effective, which is similar to the proportion who believe that houses can be haunted by ghosts. I don't need to make the case about how harmful these beliefs are -- it's been done plenty of times before, and moreover studies show that arguing with anti-vaxxers only makes them more confident in their beliefs.

But the latest CDC data illustrate the troubling resurgence of a disease that, as of 2000, had been declared eliminated. Anti-vaxxers are quite literally turning back the clock on decades of public health progress.