Algeria Criminalizes Violence Against Women, But…

In a historic vote Algeria's parliament passed a law on Thursday criminalizing violence against women. But without amendment, observers say the new law is fatally flawed, because it fails to take into account the reality of the power relations and inequality between men and women. The law makes inflicting injury on one's spouse punishable with up to 20 years in prison. But, it also allows a survivor of domestic violence to pardon the perpetrator. 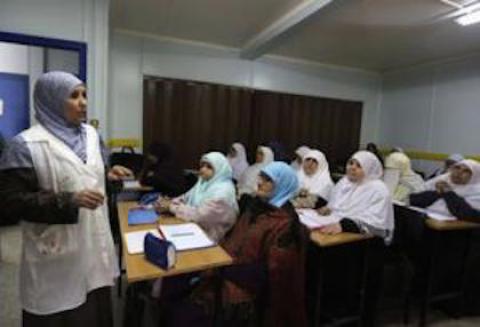 Algeria's parliament passed a law on Thursday criminalizing violence against women, in a move criticized by both Islamist lawmakers as well as Amnesty International.

The law makes inflicting injury on one's spouse punishable with up to 20 years in prison, and allows a judge to hand down life sentences for domestic violence resulting in death.

The bill passed in a vote attended by more than half of Algeria's 462 MPs, and the result drew the ire of some of the assembly's Islamists.

Abdelallah Djaballah of El Adala party said the new law "takes revenge on the husband and on the man in general", accusing the legislation of seeking to "break up the family".

In contrast, a deputy from the ruling National Liberation Front said that Thursday was "a great day" following the adoption of the anti-violence measures.

Between 100 and 200 women die each year in instances of domestic violence in Algeria, according to statistics published by local media.

Amnesty International called for an amendment dropping a clause which allows the survivor of domestic violence to pardon the perpetrator, warning it was "a dangerous precedent".

"The provision fails to confront the reality of the power relations and inequality between men and women," it said.

"A failure to withdraw it could expose women who come forward to report domestic abuse to serious risks of violence or coercion to force them to withdraw a complaint."