Bosnie - Sarajevo: The Women’s Court in the Former Yugoslavia

May 7 the Women’s Court on war crimes against women during the war in the 1990ies formally started in Sarajevo, Bosnia. Women have come together from all the corners of the former-Yugoslavia to participate in the Women’s Court in Sarajevo, to demand justice for the crimes committed against them during the wars and the enduring inequalities and suffering that followed. 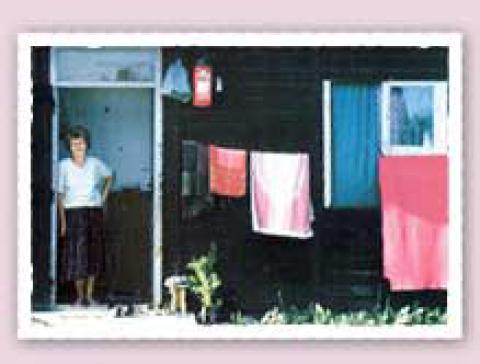 The impressive composition of the organisational committee speaks for the unity and solidarity of women across the national divides that came with the partition of the former Yugoslavia : from Bosnia & Herzegovina: Mothers of the Enclaves of Srebrenica and Zepa, ; Women’s Forum (www.forumzena.org), Foundation CURE (www.fondacijacure.org); from Croatia: Centre for Women’s Studies (www.zenstud.hr), Centre for Women War Victims - ROSA (www.czzzr.hr); from Kosovo: Kosovo Women’s Network (www.womensnetwork.org); from Macedonia: National Council for Gender Equality (www.sozm.org.mk); from Montenegro: Anima (www.animakotor.org); from Slovenia: Women’s Lobby Slovenia (www.zls.si); from Serbia: Women’s Studies (www.zenskestudie.edu.rs), Women in Black (www.zeneucrnom.org)

This, in and by itself, is a huge achievement, at a time when Europe is plagued with the rise of nationalisms, of extreme right forces that divide peoples along ethnic and religious lines ; at a time when attempts are made to homogenize nations and to exclude minorities and diversity ; at a time when even citizens of one country are further separated by the construction of antagonistic ‘communities’.
Moreover, the organisation which has been coordinating this project for the past 5 years is Women In Black-Belgrade, in other words an organisation from ‘the agressor’ country. WIB ‘s leadership and members are welcome as family members and praised throughout the former Yugoslavia for the constant support they extended, at great risks for themselves, to women from other national and ethnic identities, both during and after the wars, till now : the vibrant applause and cheers for WIB- Belgade at the opening ceremony of the Women’s Court was a living testimony to this strong solidarity bond, and an acknowledment of the dedication of the organisation to the Women’s Court.

The fact that women came together from all the nations of ex-Yugoslavia is not just a powerful show of solidarity across boundaries. It is also a political stand, defying the destructive extreme right forces at work in the region and in the whole of Europe.

The Women’s Court in the former Yugoslavia is deeply different from any other women’s Tribunal that existed so far : its preparation took 5 years, during which an impressive ground work has been done ; it aims at giving back the ownership of the process to victims and survivors ; nothing was spared to allow concerned women to define for themselves the format of this tribunal and the aims it should achieve. Hundreds of meetings were held in towns, cities and villages with groups of women victims, so that they would shape and appropriate the process. WIB-Belgrade ‘s monthly reports of activities, available in their web site, shows the pace at which these meetings took place. At no point was a pre-determined blueprint imported from previous exemples of women’s tribunals applied - top-to-bottom - on victims and survivors in ex-Yugoslavia. This is quite a unique model of an extremely respectful and deeply empowering process for victims and survivors.

In the past two years only, the organising committee organized/produced 11 regional seminars, 10 trainings for the public presentations, 102 public presentations, in 83 towns in the region, 25 documentaries about this topic, 15 meetings (working consultative meetings of OC members, the meeting of the members of The International Consultative Board), 5 regional feminist discussion circles, to deepen their knowledge about the topic, 10 publications (brochures, readers, peace agendas), and numerous leaflets in all the languages of the region (Albanian, BCMS, Macedonian, and Slovenian) .

The Women’s Court will deal with the violence committed during the 1990ies, as well as with the violence committed after the wars, as the preparatory work showed
that there is a continuity of the injustice and the violence, which connects the war and the post war period. It will cover ethnically based violence – by the state and in the society- , militaristic violence – in the war against civilians ( as opposed to the classic concept of ’civil war’ in which citizens are taking side, the concept of ’war against civilians’ has been coined by Algerians citizens during the 1990 armed conflict in which they were caught between violence by Muslim fundaentalist armed groups and state repression nd targetted by both sides in irder th create terror; this concept is now been used in the former Yugoslavia.). The Women’s Court will specifically look into gender based violence: war crimes of rape including for nationalistic purposes, male violence against women, and political repression of women human rights defenders. It will also make the link with economic violence against women that followed the wars.

Dilemmas and challenges have emerged during the preparatory process of the Women’s Court, mainly around issues of responsibility and accountability: nationalism with its ensuing transfer of responsibility to the «other» and the minimization of war crimes committed « in our name» is an obstacle to a just peace that women committed to fight for.
The subtitle of the Women’s Court: « a feminist approach to justice» is key to understand that this Tribunal will not pronounce verdict and sentences: it will name the crimes and the perpetrators, it will denounce the links between the different forms of violence that women suffer till today in the former Yugoslavia, as a consequence of wars, it will demand justice and, relying on «the power of internationalist women’s solidarity», commits to monitoring the responses from the concerned autorities.

To this effect, women have been invited from various countries in which similar crimes occured: we already noted the presence of women from Algeria and Argentina ( the well known Mothers of Plaza di Mayo), and women from India, Palestine, Congo are announced.

Formally opened on May 7 with a huge march across Sarajevo and street performances, the Women’s Court will proceed with the first hearings today May 8. It will certainly be a powerful event. The judgment and conclusions are expected on May 10.

Marieme Helie Lucas is an Algerian sociologist, founder and former International Coordinator of the 'Women Living Under Muslim Laws' international solidarity network. Marieme is also the founder of 'Secularism Is A Women's Issue' http://www.siawi.org