Common foods like olive oil, fish, honey and fruit juices may not contain the food ingredients you think they do. This is an issue not only of food fraud but of food safety. 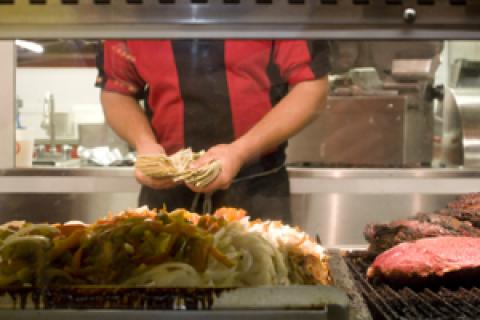 Do you know what's in your food?, http://www.foodsafetynews.com

Olive oil, fish, honey, milk, and fruit juices are common, everyday foods found in most people’s kitchens. However, these common foods may not contain the food ingredients you think.

The honey in your pantry may contain antibiotics, chemicals and added sweeteners. The salmon in your refrigerator may not even be salmon, but instead may be a lesser-quality fish. The 100-percent Italian extra virgin olive oil in your pantry may contain vegetable or canola oil and may not even be from Italy. The fruit juices in your refrigerator may contain juices from rotten fruit and toxic mold. Fish, honey, olive oil, milk, select spices (saffron, black pepper, chili powder), fruit juices, meat, grains and organic foods are among the top food products at risks for food fraud.

What is Food Fraud?

There is no statutory definition of food fraud, and different countries, researchers and industry groups have defined it in various ways. However, food fraud is most commonly referred to as the intentional defrauding of food and food ingredients for economic gain. Food fraud is estimated to cost the global food industry $10-$15 billion a year. Food fraud can occur in a variety of situations. Food or food ingredients may be substituted for lower-quality, inferior ingredients, or one species for another. Food ingredients may be diluted with water, or main ingredients may be omitted or removed. Some producers deceive consumers, manufactures, retailers, and governments for the sole purpose of making money. Many consumers are not interested in how the food they consume is produced or where it comes from but are more concerned about being able to purchase food inexpensively. The lack of interest and knowledge by the consumer increases the risk of food fraud by producers and manufacturers who are solely interested in making a big profit.

Although the majority of food fraud cases have not resulted in death or serious illnesses, food fraud can still be a food safety concern. Food products can be substituted with a common allergen, such as tree nuts or eggs, and can cause severe adverse reactions to consumers. Unfortunately, food fraud is not a new concept and has been going on for thousands of years. In the Middle Ages, when the price of imported spices increased, merchants would substitute spices with seeds, stones or dusts. In the 18th and 19th centuries, milk was commonly diluted with water, sometimes dirty water, and colored with chalk or plaster. Over the past couple of years, there have been several reported food fraud incidents. In 2013, consumers in England, France, Greece and several other countries were duped and unknowingly purchased meatballs, burgers and other food products that contained horse meat. The suppliers of the products were aware that their products contained horse meat, but instead of declaring it on the product labels, the suppliers saw an opportunity to make money and deceive their consumers who thought they were buying beef. Several food fraud incidents have also originated in China. In 2007, a food fraud incident in China resulted in the death of a large number of dogs and cats in the U.S. after they ate pet food containing lower-cost melamine instead of the required protein. Honey manufactured in China was also discovered to contain antibiotics. After discovering antibiotics in honey manufactured in China, the U.S. imposed a tariff. However, the defrauding of consumers did not stop there. To get around paying the tariff, Chinese manufacturers started routing their honey to other countries, including India and Argentina, so the label on the honey would read “from Argentina” or “from India.” Fake eggs, contaminated baby formula, tofu fermented with sewer water, and gutter oil resold as vegetable oil are some other reported cases of food fraud in China.

Food fraud incidents that occur in other countries severely impact U.S. consumers. In the past decade, the food industry has become completely globalized. Huge amounts of food products, ranging from fresh produce to fish, are imported to the U.S. In 2012, the U.S. imported 4.1 billion pounds of food products from China alone. Over the past few years, many consumers have become more conscious about what they consume and are purchasing more local and organic foods. However, even consumers who buy organic foods and foods from local farmers markets are at risk of being defrauded. Numerous “farmers” purchase produce from wholesale suppliers and resell the produce as home-grown and organic. Some produce, marketed as organic or pesticide-free, can be laden with pesticides.

Last year, California passed a new law aimed at combating food fraud after discovering numerous cases of food fraud at farmers markets around the state. Some of the most notable provisions of the new law include increasing the farmers market vendor’s fee, in order to hire more state inspectors to investigate food fraud, and requiring vendors to display the name and location of the farm and the statement, “We grow what we sell.” If a vendor violates this statement, they can be fined up to $2,500 and imprisoned for up to six months. This law is a good example of ways that states and even local farmers markets can get together and create laws or rules to protect one of the few places consumers can get food that comes directly from producers. The closer consumers are to the producers of their food, the harder it is for producers to defraud consumers. In addition to state laws and farmers markets rules, food fraud is broadly regulated by various federal agencies, including the U.S. Food and Drug Administration (FDA), the U.S. Department of Agriculture (USDA), the Department of Justice, the National Oceanic and Atmosphere Administration, and the Alcohol and Tobacco Tax and Trade Bureau. FDA and USDA are the primary agencies equipped with the statutory authority to regulate and prevent food fraud.

FDA is responsible for ensuring the safety of most of the U.S. food supply except for most meat and poultry products. The Federal Food, Drug, and Cosmetic Act (FFDCA) contains several provisions that FDA can use to regulate and prevent food fraud and enforce related laws. Under the FFDCA, adulterated and misbranded foods are prohibited from being sold and delivered to consumers. There are a variety of statutorily prescribed reasons a food can be adulterated or misbranded. A food can be adulterated if it contains a poisonous substance injurious to human health, is missing valuable ingredients, or if there is a substitution or addition of ingredients. A food can be misbranded if it contains a false or misleading label, is sold under a different name, or is an imitation of another food. An example of a food product that is prohibited because it is adulterated and misbranded would be olive oil labeled as 100-percent extra virgin but instead contains used vegetable and peanut oil.

Other provisions under the FFDCA can also be used to regulate and prevent food fraud. The FFDCA gives FDA the authority to monitor and inspect food imported for sale in the U.S. by requiring all foreign food manufacturing facilities that want to sell in the U.S. to register with FDA (with some exceptions) and give advance notice of imported shipments of food. The new food safety law, the Food Safety Modernization Act (FSMA), also contains numerous provisions that can be applied to food fraud. FDA also has authority to refuse entry of food imported to the U.S. if it appears to be misbranded or adulterated.

Producers that violate the various provisions that apply to food fraud can be subjected to criminal penalties, civil penalties and/or product seizures.

Although USDA and FDA have mechanisms to identify, enforce and prevent food fraud, all cases of food fraud cannot be detected. FDA does not have the resources or personnel to physically inspect the majority of imported foods and enforce the regulations. For example, in 2011, FDA only physically inspected 2.3 percent of all food and feed imports. Additionally, even though USDA inspects meat and poultry processing plants, it’s impossible for the inspectors to check every single carcass that gets processed into meat.

What’s Being Done to Track and Decrease Food Fraud?

It is hard to determine how widespread food fraud is in the U.S. because those who commit food fraud want to avoid detection.

However, two databases have been created that can help track food fraud incidents. The U.S. Pharmacopeial Convention (USP) Food Fraud Database is a searchable database composed of both scientific and mainstream media reports on food fraud incidences. The USP database is organized by the report type, food ingredient category, food ingredient, adulterant, type of fraud and the publishing year. The second database is the National Center for Food Protection and Defense (NCFPD) EMA Incident Database. This database contains documented incidences of food fraud that have occurred since 1980. Access to this database is available upon request. This database provides information about the food product, adulterant, the type of adulterant, health consequences, and how the incident was discovered. (Go here for more information about food fraud from NCFPD.)

These databases can help decrease food fraud by informing consumers, manufacturers, retailers, and governments of the most common food products at risk of food fraud and types of adulterants. Retailers and manufacturers can use this information to implement stricter standards for producers of high-risk foods and food ingredients. The government can use this information to create new laws or policies to combat food fraud in the identified high-risk food products.

On March 15, 2015, the U.S. government took a huge step toward decreasing the amount of food fraud occurring in the seafood industry. The Obama administration announced it was planning on implementing a system that will track the origins of every wild fish and crustacean shipped into the U.S. This system will be phased in over a two-year period.This system is a step in the right direction toward combating food fraud. However, there is still a huge disconnect between food producers and consumers that has enabled rapid occurrences of food fraud. The best way for consumers to avoid food fraud is to connect to their local producers. Consumers should take the time to get to know local producers and visit the farms where their food is purported to be grown. Food fraud incidents will continue to occur until consumers start reconnecting to the land and the producers of our nation’s food supply.