books 100 Best Novels: One in Five Doesn't Represent over 300 Years of Women in Literature

The Guardian is known for it's best of laundry lists. A recent list of the 100 best English-language novels came with a demurrer from culture columnist Rachel Cooke, saying in effect: The ladies not meant for spurning - and that just 20 books by female authors in a best-of-100 list covering a 300-year period--especially in a listing of authors of fiction--is incomplete bordering on bizarre. Cooke elaborates on what should be on, and what she says can surely be removed. 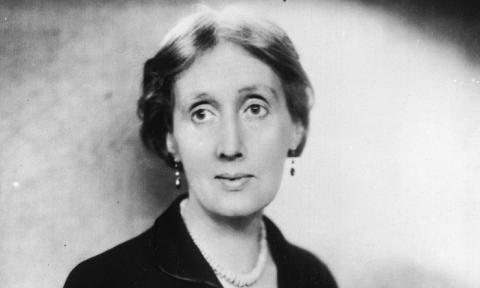 Virginia Woolf, circa 1933. The author of Mrs Dalloway makes the 100 best novels list, but many other great female writers are absent., Photograph: Central Press/Getty Images // The Guardian

"Best of" lists are strange and silly things, particularly in the realm of books: as prize shortlists prove time and time again, fiction is a most subjective art. But still, what fun they can be, and how unwittingly revealing. Of Robert McCrum's 100 Greatest Novels, just 21 are by women. Even allowing for the fact that his list takes in the 17th, 18th and 19th centuries, when women writers were relatively rare, this seems extraordinary to me. Sixty-seven of his titles belong to the 20th century - his final book is Peter Carey's True History of the Kelly Gang, which was published in 2000 - and yet, only 15 of these are by women. How can this be? The last century offers up an embarrassment of riches when it comes to the female imagination. Is it that Robert thinks men write better, more important novels than women? Or is it simply that he is less familiar with the female canon? I'm not sure. Either way, here I am, eager to help. Let the reprogramming begin.

To take it from the top, I can't disagree: Jane Austen's Emma and Mary Shelley's Frankenstein are masterpieces; so is Jane Eyre by Charlotte Brontë, Wuthering Heights by her sister, Emily, and Middlemarch by George Eliot. But to this quintet I might add Elizabeth Gaskell's Mary Barton (1848), whose cast of working-class characters was then such an innovation (Dickens was an admirer). Robert has included Mark Twain's The Adventures of Huckleberry Finn. It's a wonderful book, but his neighbour Harriet Beecher Stowe's Uncle Tom's Cabin (1852) perhaps deserves to join it. A faulty novel, with a preposterous end, its anti-slavery message nevertheless stirred up great public feeling; its power should not be discounted.

We now reach the 20th century. What strikes me first is how many American writers Robert has chosen (28 of 67), and yet while Edith Wharton, Harper Lee and even Anne Tyler are among their number, he has no space for Eudora Welty, Carson McCullers or Willa Cather. The panting Henry Miller over McCullers or Cather? I don't think so. So far as British authors go, he gives us no Ivy Compton-Burnett, no Olivia Manning or Antonia White. Surely these writers are more deserving of special attention than, say, stodgy old HG Wells? The two trilogies that constitute Manning's Fortunes of War series would certainly be on my list, as would White's autobiographical novel of convent school life, Frost in May (1933). It also seems odd to include Sylvia Townsend Warner's witchy feminist tale Lolly Willowes (1926) - a good book, but not a great one - and yet to exclude, say, Margaret Kennedy's The Constant Nymph, the bestseller of 1924, and an exquisite study of jealousy. Naturally, I approve to the very toes of my blue stockings of the fact that Virginia Woolf's Mrs Dalloway makes his list. But I think a case might also be made for Mollie Panter-Downes's One Fine Day (1947), in which, over the course of 24 hours, a woman comes to terms with the changes the second world war has brought to her world. It's a less formally experimental novel than Mrs Dalloway, but the writing, crystalline and true, is just as fine.

Robert has John Buchan's The Thirty-Nine Steps on his list, a novel I can imagine very few women holding in such high regard. Patricia Highsmith's The Talented Mr Ripley (1955) is better written and far more thrilling, if we are to include a page turner, and has been more influential to boot. Similarly, I favour Nancy Mitford's The Pursuit of Love (1945) or even EM Delafield's The Diary of a Provincial Lady (1932) over PG Wodehouse's Joy in the Morning. Both, to me, are just as funny. A children's novel? He goes for Kenneth Grahame's The Wind in the Willows. I love it, too, and wouldn't want to dislodge Ratty, Toad and the others from their perch. But perhaps it could keep company with The Secret Garden (1911) by Frances Hodgson Burnett, in which the healing power of nature saves a family from self-destruction. Mary Lennox, spoilt and troubled, was the first heroine who really spoke to me.

In the second half of the century, I second Robert's inclusion of Doris Lessing's The Golden Notebook and Marilynne Robinson's Housekeeping; ditto The Heat of the Day by Elizabeth Bowen - one of the very finest evocations of wartime London - and Mrs Palfrey at the Claremont by Elizabeth Taylor, a brilliant novelist whose work is still too little known (though I might have favoured Angel or A Game of Hide and Seek).

But Erica Jong's sexual adventure Fear of Flying (1973) strikes me as a glaring omission. As does Margaret Atwood's (horribly prescient) dystopian fable of 1985, The Handmaid's Tale, for which Huxley's Brave New World or Anthony Burgess's A Clockwork Orange could easily make way (a bit much to have those and Orwell's Nineteen Eighty-Four).

Others notable by their absence include Pat Barker, Angela Carter and Carol Shields. Carter's influence cannot be overstated: her allegorical, taboo-breaking narratives have been genuinely influential. Barker and Shields, meanwhile, have given us triumphantly good books in the form of the Regeneration trilogy and the Pulitzer prize-winning The Stone Diaries respectively.

What else? Two other names occur to me - only they belong to men. In the end, I read as a human being, not as a woman, which is why close to half of the books on Robert's list would also be on mine. Next to Alan Hollinghurst's 1994 sensationally good The Folding Star, a story of obsessional and rejected love and of the cruelty of beauty, most late 20th-century novels seem flimsy indeed, mere deckchairs to his polished Chesterfield. And then there is JG Farrell, whose 1970 novel Troubles is, to me, perfection between soft covers: funny, tender and wise. Set in a crumbling hotel in Ireland just after the first world war, it is, as I'm always telling people, Fawlty Towers as written by Evelyn Waugh.

Gender is important; we need to pay attention to it. But it's not everything. A great writer can take you anywhere, irrespective of his sex - or, for that matter, of yours.

[Rachel Cooke is a British journalist and writer. In 2010 she was name Writers of the Year by British Press Awards. She is the author of Her Brilliant Career: Ten Extraordinary Women of the Fifties.]