Beyond Abortion and Equal Pay: the Wide Scope of 'Women's Issues' 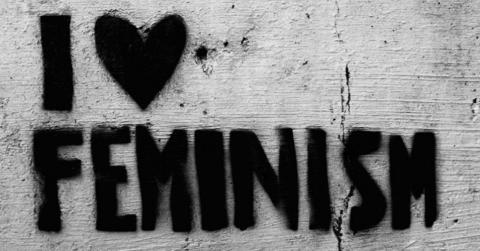 Presidential candidates who think "women's issues" are limited to abortion rights and equal pay are sorely mistaken, according to the results of a new survey released Wednesday by the Ms. Foundation for Women.

"This survey tells us that policymakers, community leaders, and movements must change the way we approach problems and issues," said Ms. Foundation president and CEO Teresa C. Younger. "Women do not lead single-issue lives. For instance, access to birth control and abortion is impacted by income level, racial and cultural bias, gender discrimination and immigrant status. We must implement policies and build movements that address the totality of women’s lives, rather than creating a patchwork of silos."

The survey results were publicized Wednesday to coincide with Women's Equality Day, the national holiday commemorating passage of the 19th Amendment to the U.S. Constitution.

Among the poll's more intriguing findings was that while just 16 percent of respondents identified as "feminist" without hearing a definition of the word, that proportion jumped to 52 percent once the term was defined as "a belief in political, economic, and social equality across genders."

"When people understand that a feminist believes in political, economic, and social equality across genders, the majority identify as feminists," said Younger. "We have to do a better job of defining our movements for equality—rather than letting detractors define us. We also must work to address issues where they intersect—not in isolation."

The survey also found wide recognition that women of color have fewer opportunities than white women and that there is a deficit of women in positions of power at both the community and national levels.

Unsurprisingly, two-thirds of the survey's respondents recognize income inequalities between men and women.

"There’s an awareness that economic issues disproportionately affect women that I did not fully expect," said Tresa Undem, a partner at PerryUndem Research/Communication, which conducted the survey of 1,051 U.S. adults in late May. "How the economy affects women specifically is not something we hear a lot about. But it is clearly something many people recognize firsthand."

To that end, researchers from the non-profit Institute for Women’s Policy Research (IWPR) said Wednesday that the pay disparity between men and women is lower among union members than among American workers as a whole but it still exists.

According to an IWPR analysis (pdf) of Census Bureau and Labor Department figures, women in labor unions "earn 88.7 cents on the dollar compared with their male counterparts, a considerably higher earnings ratio than the earnings ratio between all women and men in the United States."