If You Don’t Share This Immediately the World Will Explode

Is there too much hyperbole in digital activism? Should activists really follow the rules of modern marketing in online movements? James Turner, a senior strategist for Greenpeace International, asks whether all the online "urgency" risks damaging public trust at a time when activists have an opportunity to build a new model of participation. He argues activists should replace the cynical tricks of commerce with appeals that are more honest and participatory. 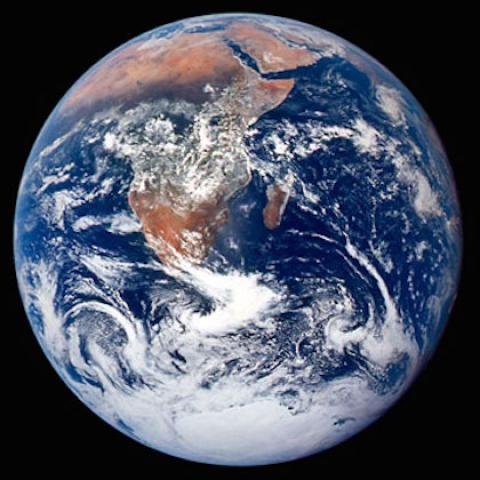 Marketing people love urgency. They understand how it works and use it to convert us from flaky wobblers into solid customers. It’s everywhere you look, especially online: “Hurry! Only 4 items left at this price!”. We feel like we’re making a smart decision even though we vaguely recognise that we’re being played. And more recently, urgency has become commonplace in the world of digital activism. I work for Greenpeace, but almost every charity or NGO uses urgency because it works, based on the way we currently measure success. But I can’t help feeling that this approach risks damaging public trust at a time when we have an opportunity to build a new model of participation.

Before a major climate change summit in Copenhagen six years ago we were bombarded with the message that there were ‘eight months to save the world’. An enormous amount of activity followed, not least from the millions of people who signed, shared, donated and protested. The eight months passed... and we didn’t save the world. But nor did it surrender to an army of robots controlled by the oil companies. The summit was a failure, but it was made worse by the massive sense of collective disappointment that was felt after putting so much faith in a ‘make or break’ meeting - the outcome of which was probably inevitable anyway.

Fast forward to 2015, and we’ve now got another “five months to save the world” before the UN climate change negotiations in Paris. It’s the big red urgency button again, pressed repeatedly to make me sign, share or donate. As a committed online activist I’m not sure which crisis to deal with, the coming climate armageddon or the rare dolphin that’s got four months left before its entire species swims up to flipper heaven.

Perhaps I’m being naive here. Maybe people understand that when we say there’s a certain amount of time to achieve a certain goal, we don’t really mean it. It’s just a way to create a good story and boost the excitement. But what are the long term effects? We’re at an incredibly early stage in the development of internet democracy, the muddy peasants struggling up the hill with a list of demands because we just figured out how to write. We need to think very carefully about how to wield this new power, because it could literally change the course of history. And yet instead of replacing the cynical tricks of commerce with something more honest and participatory, we’re treating active citizens like rather dim consumers.

I’m not blaming the people who write the emails for any of this. They’re smart, dedicated professionals who are hitting the goals that their bosses decide are important (generally either petition signatures or donations). But there is surely a need for those at the top to consider the impact of building towards a series of ‘critical moments’, before blatantly failing and repeating the process all over again.

For the really big challenges, like climate change, maybe we need to accept that we’re in for the really long haul and be upfront about that. I don’t know exactly what that would look like, but it’s about reducing the hyperbole and cranking up the humility. Let’s admit that some of these problems are structural and complex, and that we don’t actually know exactly how to solve them. Maybe we could even ask people for their own ideas about what to do next. Of course we’d see supporters drop off the list, disappointed that they’re not getting the instant gratification they signed up for. But I suspect that there are a lot of thoughtful people out there who are put off by the clichés that have become so common, so quickly.“This might be the most important email I have ever written to you”. Really?

The internet is offering us exactly the right tool at exactly the right time. After centuries behind a wall of privilege, access to knowledge and the right to dissent is opening up to everyone. Online movements are gathering momentum at incredible speed, promising to bring accountability and justice to secretive orders everywhere. But the next few years are crucial. The potential of digital activism to create a fairer society will depend on creating a new kind of conversation with those who we hope to engage. That conversation will mean treating people as equals and being honest about the nature of our campaigns. This kind of message breaks all the rules of modern marketing. Which is exactly the reason we should try it out.

[James Turner is a senior strategist for Greenpeace International, working on a major global campaign to protect the Arctic from oil drilling and industrial exploitation. He is also a former journalist for the BBC and ITV.]