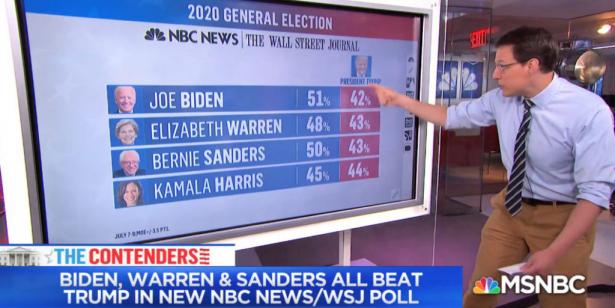 What Google, Facebook Could Face in U.S. Antitrust Probe

Our Data Nightmare Brought to Life

A new documentary about Cambridge Analytica uses thoughtful narration and compelling visuals to create a dystopian horror movie for our times.

Power, Privilege and Resistance in the Digital Age

By Tanner Mirrlees
May 1, 2019
Canadian Centre for Policy Alternatives

Capitalism has usurped the revolutionary potential of internet-based technology. If we want a different future, we will need to fight for one.

The CIA Wants To Make It Easier To Jail Journalists

The CIA is pushing for an expansion of a 37-year-old law that would deter journalists from covering national security issues or reporting on leaked documents. Reporting on covert activities will be something only criminals do. It will make it that much easier to punish journalists for printing facts.

Here are some new rules MSNBC seems to follow when it comes to math and Bernie Sanders.

By Bart Cammaerts
July 19, 2019
The Independent

Our rigorous and statistically representative analysis concluded that when it comes to the coverage of Corbyn in his role as leader of the opposition, the majority of the press did not act as a critical watchdog of the powers that be, but rather more often as an antagonistic attackdog.

Driving the current protests against ICE and military contracts is a larger movement to transfer power from billionaires to workers and communities.