Food scientists are trying to figure out if very faint scents can trick your brain into tasting something that isn’t there. 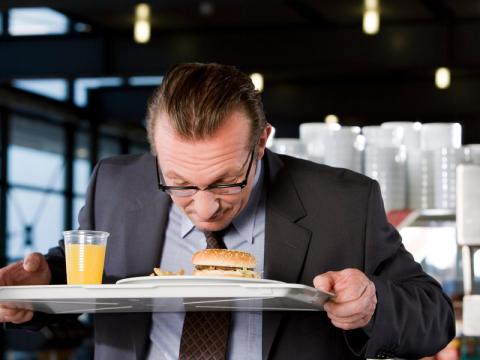 Scents of salty food may be all it takes to make low-salt items delicious, (Birgid Allig/Corbis)

Scientists have known for a long time that smell and taste are intricately connected. Now, food scientists are trying to figure out if very faint scents can trick your brain into tasting something that isn’t there.

It all started with salt and sugar.

The amount of salt and sugar Americans eat has skyrocketed over the last few decades, contributing to the obesity epidemic and other health problems. So in recent years, the United States Department of Agriculture and other government agencies have increasingly pressured food companies to cut back on how much salt and sugar they put in their products.

Unfortunately, though, salt and sugar are delicious. And as the food companies cut back, customer satisfaction and sales fell, Jenny Chen writes for The Atlantic.

Some researchers think the answer might lie in the way food smells, not its ingredients. These scientists are trying to figure out whether barely-perceptible "phantom aromas" can make food taste differently, Chen writes.

“When you are tasting food you are perceiving several sensory dimensions—smell, taste, texture—and the brain is making a synesthetic perception,” study author and flavor scientist Thierry Thomas-Danguin tells Chen. “When you are exposed to one dimension, your brain is reconstructing all the flavors and all the sensory dimensions, even if they aren’t there.”

Of all the senses, taste is one of the most complex, relying on information from both the nose and tongue to decode flavor. People who have lost their sense of smell often report food tasting more bland; on the other hand, experiments on rats have shown that turning off their sense of taste also dampens their ability to recognize scents.

"If you hold your nose and start chewing a jelly bean taste is limited, but open your nose midway through chewing and then you suddenly recognize apple or watermelon," Tom Finger, who studies taste and smell at the University of Colorado told Maggie Koerth-Baker for Live Science.

But what happens if you smell something that isn’t actually there? One study found that food infused with the aroma of a salty food made it taste saltier, while other tests suggest that sweet odors can make food seem sweeter.

By infusing foods with subtle scents, flavor company FONA International’s vice president of research and development, Robert Sobel, has reduced the amount of salt in food like chips, soup and sauce by 10 percent, Chen reports. And based on recent research, people like Thomas-Danguin believe phantom aroma could reduce the salt used by as much as 35 percent.

But some in the food industry see phantom aromas as a distraction from the real problem: Companies have spent years overloading their products with salt and sugar. For people like food consultant Michael White, the solution shouldn’t be to put more additives in our meals.

“I don't want to sound like a luddite, but the vast bulk of our salt intake comes from salt added by food processors who have so corrupted America's tastebuds,” White tells Chen.

Phantom aromas are still a new field and there’s a lot more research to be done on whether smells could help make healthy food taste better. But if they can trick people into eating better, a little smell could go a long ways.