FDA guidance for specific sodium reduction goals for the food industry is groundbreaking. 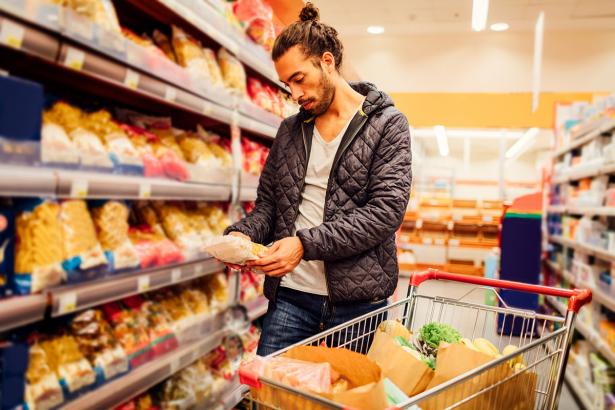 The U.S. Food & Drug Administration (FDA) released new voluntary guidance on October 13 encouraging the food industry to gradually reduce sodium in commercially processed, packaged, and prepared foods over the next two and a half years—with the aim of helping Americans reduce their average levels of sodium from 3,400 to 3,000 mg/day.

Frank Sacks, professor of cardiovascular disease prevention at Harvard T.H. Chan School of Public Health, was the principal investigator in the landmark Dietary Approaches to Stop Hypertension (DASH) Sodium-Trial, which rigorously examined the effect of sodium intake on blood pressure, concluding that the relation is strong and causal. He recently spoke about the new FDA guidance, and offered tips for eating a lower-sodium diet without sacrificing taste.

Q: What is your take on the new FDA sodium-reduction guidance? Does it go far enough?

A: This is the first time that the FDA has offered guidance for specific sodium reduction goals. There are other health organizations that have already done so, but they don’t have the force of a regulatory department behind them. If making the reductions voluntary isn’t effective, the agency could move to more stringent measures. So, the new guidance is actually groundbreaking.

I think this is a really good move that could greatly improve health in this country. Packaged foods are a big source of sodium in the U.S. diet, so if this guidance is followed, it will likely reduce heart attacks and strokes. But it’s not the end, it’s just a start towards incrementally reducing overall sodium intake.

I’d like to see the target lowered to 2,300 mg/day (the current recommended limit in the Dietary Guidelines for Americans), but the FDA felt that was too much, too fast for the food industry. They wanted to give manufacturers and restaurants more time to figure out how to adjust. But the agency has said that it plans to assess the success of its guidance in two and a half years, and then take further steps to lower sodium in the American diet.

Q: How hard will it be to get Americans accustomed to less salty foods?

A: Some foods are easier to work with than others. Take potato chips. There has already been a big drop in the average sodium content of a bag of chips. A serving used to contain around 250 to 300 mg of sodium; now it’s down to 130 or even 80. The manufacturers don’t advertise the chips as low-salt, they just reduced them to a lower amount. And obviously they still sell chips.

People can’t really taste sodium content they way they think they can. Studies have shown that while people might at first notice a big drop in sodium and think the food tastes bland, if they are given the same food two days later, they’ll think it tastes fine. Then, if you switch them back to a higher sodium level, they’ll think the food is too salty. They get used to low sodium a lot quicker than you would expect.

The old way of thinking is that if you reduce sodium, people won’t buy your product. That’s just not true. Some companies have already realized this.

Q: What advice would you give to people who want to reduce sodium in their diets?

A: When grocery shopping, get used to looking at the nutrition labels. There’s a huge range of sodium within the same types of products, such as frozen dinners—and there’s no logical reason for it. It’s great if you are able to make your food from scratch rather than buying packaged foods, but many people aren’t. So this is one thing you can do.

When you go out to eat, ask if they can hold back on the salt. A lot of menu items don’t have a standard amount of sodium, so chefs may be putting in more than they really need to.

If you are cooking, branch out by adding herbs or lemon instead of salt. Lemon actually covers the taste receptors for sodium in the mouth, so it can substitute biologically for salt as a flavoring.

We seasoned the food like that in our dietary studies—we didn’t just take away salt from the fish or chicken we served and expect our participants to be perfectly delighted with it. Nobody ever dropped out because of the food.