Russians May Have a Strong Case in Turkish Shootdown

While President Obama is certainly correct in saying that "Turkey, like every country, has a right to defend its territory and its airspace," exactly how it may do so is more complicated than the president implies. In fact, the Russians may have strong legal arguments that any such right under international law was wrongly asserted in this instance. 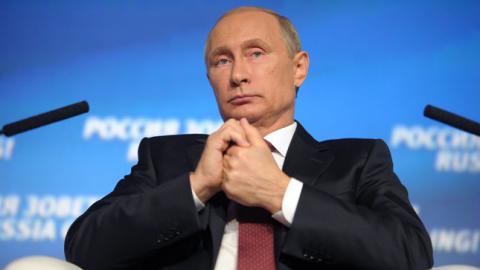 The shootdown of the Russian Su-24 bomber by Turkish F-16s raises a number of critical issues under international law that the U.S. needs to carefully navigate. This is especially so since the result of the Turkish action was the apparently illegal killing by Syrian rebels of one of the Russian aircrew, as well as the possibly unlawful death of a Russian marine attempting to rescue the downed aviators.

While President Obama is certainly correct in saying that "Turkey, like every country, has a right to defend its territory and its airspace," exactly how it may do so is more complicated than the president implies. In fact, the Russians may have strong legal arguments that any such right under international law was wrongly asserted in this instance.

When is self-defense triggered?

Article 51 of the U.N. charter permits the use of force in the event of an "armed attack." However, in a 1986 case, the International Court of Justice concluded that a "mere frontier incident" might constitute a breach of the U.N. charter, but did not necessarily trigger the right to use force absent a showing that the attack was of a significant scale and effect. Most nations also accept that states threatened with an imminent attack can respond in self-defense so long as they did not have under the circumstances "any means of halting the attack other than recourse to armed force," as noted by Leo Van den hole in the American University International Law Review.

The problem here is that the Turks are not asserting that any armed attack took place or, for that matter, that any armed attack was even being contemplated by the Russians. Instead, in a letter to the U.N., the Turks only claimed that the Russians had "violated their national airspace to a depth of 1.36 to 1.15 miles in length for 17 seconds." They also say that the Russians were warned "10 times" (something the Russians dispute) and that the Turkish jets fired upon them in accordance with the Turks' "rules of engagement." Of course, national rules of engagement cannot trump the requirements of international law. Moreover, international law also requires any force in self-defense be proportional to the threat addressed.

Thus, the legal question is this: Is a mere 17-second border incursion of such significance and scale as to justify as "proportional" the use of deadly force as the only recourse — particularly where there is no indication that the Russians were going to actually attack anything on Turkish soil?

The U.S., so far, is staying mum about what it may know about the precise location of the planes (which the Russians insist never entered Turkish airspace). What is more is that even if the Russians had penetrated Turkish airspace, that fact alone would not necessarily legally authorize the use of force, absent a showing of hostile intent (which the Turks are not alleging). Additionally, it is quite possible that the Russian aircraft may have penetrated Turkish airspace — if at all — because of a bona fide navigational misunderstanding occasioned by the satellite guidance system the Russians employ. Navigation errors are not an adequate reason to use deadly force.

In short, it appears at this point that the Turkish case justifying the use of deadly force is, at best, weak. Nevertheless, NATO Secretary General Jens Stoltenberg said that NATO stands "in solidarity with Turkey." However, it may have been more prudent to withhold judgment until all the facts are definitively known and a full legal analysis is complete. Why? Article 5 of the NATO treaty governing self-defense tracks almost exactly with the Article 51 of the U.N. charter, so if the facts show illegality under international law, that would undercut the wisdom of NATO standing "in solidarity" with any nation.

The attack on the Russian aviator and marine

Another important international law issue arose after the Russian aircraft was struck by the Turkish missiles. The two aviators ejected, but were attacked as they parachuted from their stricken aircraft — reportedly by elements of the Free Syrian Army. In the effort to rescue the downed aviators, one Russian marine was killed.

It is extraordinarily well-settled that the law of war prohibits making anyone parachuting from a distressed aircraft the object of attack, and that doing so is a war crime. There is no real dispute among experts as to this reading of the law.

Regarding the Russian marine killed on the rescue operation, the law is more complex. Generally, a rescue effort is a military operation subject to lawful attack. If, however, the aircraft was displaying the red cross or a similar internationally recognized medical emblem, and the aim was simply to provide medical care, the attack would likely be unjustified. Furthermore, given that shooting at parachuting aviators is itself a war crime, the effort to rescue them from patently illegal conduct may very well transform the incident into one where international law could find the marine's death an unlawful killing.

What it means for the U.S.

Turkey is not only a highly valued U.S. and NATO ally, but also a key member of the international coalition opposing the Islamic State in Iraq and Syria (ISIS). That said, adherence to the rule of law is especially important in extremely unstable situations like that in Syria today. It is not the time or place for loose interpretations that can lead to unintended consequences. The U.S. also needs to keep in mind that there are several other volatile aeronautical situations around the globe — overflights in the South China Sea being one — where U.S. interests are served by having legal restraints on the use of force meticulously observed.

If Turkey was wrong on this one, the U.S. should say so, regardless of whatever other disputes we may have with the Russians. A friend should always tell a friend when they made a mistake. It really is that simple.

Dunlap is a retired Air Force major general who is currently executive director of the Center on Law, Ethics and National Security at Duke Law School.