Nothing suggests she was a danger to the community, so why was she kept in jail? 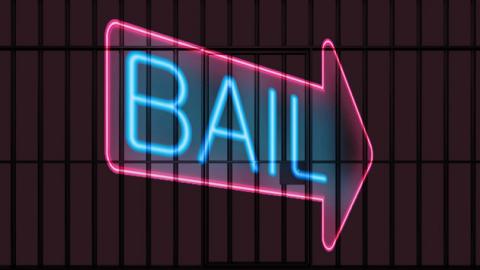 [On Tuesday, a Texas grand jury decided not to indict anyone in connection with the death of Sandra Bland, who died in jail after being arrested in a traffic stop. Bland was being held in jail while her family tried to raise bail to have her released. Her family and campaigners for racial justice continue to demand justice for Sandra Bland and to raise demands for institutional reform of the criminal justice system. -- moderator]

If Sandra Bland indeed committed suicide after spending three days in a Texas jail, as the Harris county medical examiner determined last week, her death fits a pattern: Half of all suicides behind bars occur within the first 14 days of custody. Twenty-three percent happen within the first 24 hours following an arrest. And like two-thirds of the 750,000 people in US jails, Bland had not yet been convicted of any crime.

Bland had two options to get out of jail. The court set a $5,000 bond. If she had the money, which she didn't, she could have posted it and gotten it back when she appeared for trial. Alternately, she could have paid a bail bondsman a 10 percent fee to post bond for her—$500 that she or her family would not get back. Her family's attorney has said that they were working on trying to secure the fee to have her released.

This system, in which people either stay locked up or pay money to a private company to get out, is almost entirely unique to the United States. The Philippines is the only other country with something similar. In Canada, acting as a bail bondsman can earn you two years in prison on a charge equivalent to bribing a juror. "We don't have a system currently that does a decent job of separating who is dangerous and who isn't," Tim Murray, director of the Pretrial Justice Institute, told me when I wrote about the commercial bail industry. "We only have a system that separates those who have cash and those who don't."

There is nothing to suggest that Sandra Bland was a danger to the community, so why was she kept in jail? Proponents of our current bail system would say that by requiring a cash bond, the court gave her a financial incentive to appear for court. But a handful of states have outlawed commercial bail, and they are doing just fine. Washington, DC, for example, has had no bail bondsmen since 1992. More than 80 percent of the city's defendants are released before trial, and only 12 percent fail to appear for at least one court hearing. In Kentucky, where for-profit bail has been banned for nearly four decades, 74 percent of defendants are released before trial and only 6 percent of felony defendants are no-shows in court. Nationwide, 18 percent of defendants released on commercial bail don't show up, according to a 2007 study.

The effects of bail on defendants are far-reaching. Eighty-nine percent of accused felons are in jail because they cannot afford bail. Staying behind bars means that defendants who can't afford bail will lose their jobs. Studies have shown that the longer people are detained pretrial, the more likely they are to reoffend. And All defendants who are jailed before trial are three times more likely to be sentenced to prison than someone charged with the same crime who was released before trial. People stuck in jail are "more prone to take plea offers," Murray explains.

"
We don't have a system currently that does a decent job of separating who is dangerous and who isn't. We only have a system that separates those who have cash and those who don't.
"

For these reasons, commercial bail is hugely unpopular within the criminal justice system. Attorney General Eric Holder called it a major obstacle to reducing inflated prison populations. It has been condemned by the American Bar Association, the National Association of Counties, the International Association of Chiefs of Police, the National District Attorneys Association. One of the main criticisms of bail system is its arbitrariness. There are no national standards to determine whether a cash bond should be set and for how much. As a result, low-risk defendants like Bland are kept in jail, while high-risk defendants who can afford bail are released.

So why does our bail system persist? It might have to do with the influence of the commercial bail industry. The large companies behind many local bondsmen are part of the American Bail Coalition, a powerful national association that has spent three decades pushing legislation that makes it harder for defendants like Bland to get out of jail without paying large sums of money. Before ABC began lobbying, in 1990, commercial bail accounted for just 23 percent of pretrial releases; today it's 49 percent. Average bail amounts for felony cases have almost tripled in the past 25 years. Meanwhile, between 2004 and 2012, ABC companies whose income comes almost entirely from bail saw their revenues increase 21 percent.

There are alternatives. Some 29 cities or states have adopted a "risk assessment tool" to help determine whether to release people before trial. This new approach uses an algorithm to determine how likely a defendant is to commit a new crime or skip court, assessing factors like their employment status, criminal records, and previous failures to appear. After a yearlong trial of this approach, the jail population of Charlotte, North Carolina, has dropped 20 percent and crime has not increased.

"If you were just basing policy off research, there would be no consideration of money bail," Michael Jacobson, the former director of the Vera Institute of Justice, told me. "Criminal-justice policy happens to be a field with one of the greatest disconnects between what we know and what we do."

Shane Bauer is a senior reporter at Mother Jones, covering criminal justice and human rights. He has written for the Guardian, The Nation, Salon, Slate, the Los Angeles Times, the Christian Science Monitor and other publications. He is the co-author of A Sliver of Light, a memoir he wrote with his fellow hostages (one of whom is now his wife) about their two years as prisoners in Iran. Email him at sbauer (at) motherjones (dot) com. RSS | TWITTER