With relatively little media coverage, some prominent Black leaders have recently endorsed Bernie Sanders' presidential campaign, with a former head of the NAACP saying “Bernie Sanders has been a principled, courageous, and consistent fighter against the evils that Dr. King referred as the 'giant triplets of racism, militarism, and greed.’” Are these actions a sign that the presumed 'firewall' of support for Hillary Clinton in the Black community is eroding? 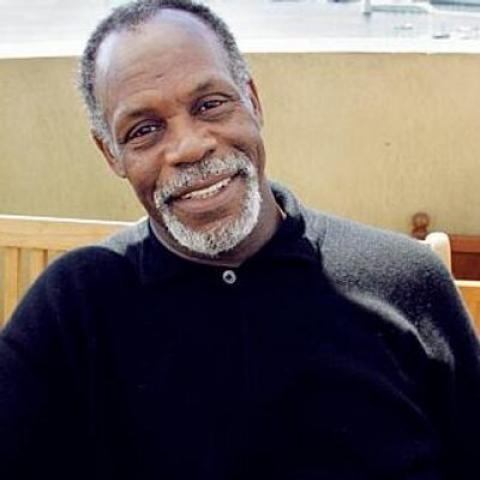 Benjamin Jealous, the former head of the NAACP and a Baltimore native, formally endorsed Democratic presidential candidate Bernie Sanders on Friday -- giving a boost to a campaign that has occasionally struggled to connect with African American voters.

Jealous, a 43-year-old Silver Spring resident, was widely credited with expanding the advocacy mission and improving the finances of the Baltimore-based National Association for the Advancement of Colored People from 2008 to 2013.

He has occasionally been considered a candidate for office and briefly flirted with a run for Senate in Maryland last year.

In a conference call Friday, Jealous said Sanders "has the courage to confront...institutional racism and bias."

The endorsement comes as Hillary Clinton has enjoyed a significant advantage in support from African American voters, according to polls -- an edge that could prove particularly valuable after the New Hampshire primary.

John Fritze has written about local, state and national politics for more than 15 years -- from Baltimore’s city hall to the White House – and now covers Washington for The Baltimore Sun.

Bernie Sanders' campaign has already accomplished what most observers -- including many of his supporters -- thought was impossible. Coming from 40 points behind in the polls when the campaign began, he achieved a virtual tie with Hillary Clinton in Iowa and enjoys a huge lead in the second Democratic contest in New Hampshire.

There is now no denying that he is a serious contender. Although Clinton still leads in national polls, most of the people surveyed by those polls have so far given little attention to the fundamentally different policy goals between Democratic Party presidential candidates.

Political commentators in the establishment media and status-quo political operatives have overwhelmingly endorsed Clinton, raising a number of doubts about Sanders' prospects of appealing to and winning support of Black voters, who comprise a sizable share of Democratic primary voters. But there are a number of reasons why he can win the majority of Democratic Party and Independent voters, including moderate Republicans -- and many specific reasons why a Sanders' presidency could serve the policy interests of the Black community.

"Sanders has demonstrated that he understands that real democracy is essentially a pro-active citizenry demanding that public servants represent just causes."

First, Sanders has put forth the most coherent policy changes to achieve full employment. His economic class-based proposals for change could have great benefits for unemployed and under- employed Americans -- especially African-Americans because most Black people in this country are working class and a disproportionate number are poor. The unemployment rate for African-Americans is persistently about twice that of whites, and vastly higher for Black teenagers. Sanders' proposals to create millions of jobs through public investment could greatly benefit African-Americans.

Unlike other candidates, Sanders has highlighted the importance of reform at the U.S. Federal Reserve. This is the institution that, when operating unchecked, basically determines the level of unemployment in the U.S. He has argued that the Fed should not raise interest rates until the unemployment rate falls below 4 percent.

When the Fed raises interest rates, as they did unnecessarily in December, they are deliberately creating unemployment, with the intention of slowing wage growth. In this way they not only reduce employment opportunities but also worsen inequality, since lower-wage workers are disproportionately hit. These workers are also disproportionately Black and Latino.

African-Americans will also benefit greatly from Sanders' proposals for free tuition at public universities, expanding Social Security benefits, raising the minimum wage to $15, universal childcare and pre-kindergarten, a youth jobs program, and other measures to reduce America's vast disparities of income, wealth, and yes, opportunity for all.

Responding earnestly to direct calls from Black Lives Matter, Sanders has demonstrated that he understands that real democracy is essentially a pro-active citizenry demanding that public servants represent just causes. He understands that generalized economic class-based reforms must be linked with what he has correctly called "serious problems in this country with institutional racism, and a broken criminal justice system." And he has pledged to do something about it if he becomes president.

What makes Sanders' campaign worthy of serious attention is that, unlike other candidates, he has a decades-long track record of fighting for the reforms that he is proposing -- and honestly responding to critiques and challenges to expand and deepen democratic policies. Some have attacked his proposals as impractical; for example, free tuition at public universities. But public universities were free when I went to college in California. By what economic or accounting logic is this not affordable today, when America has more than twice the income per person that it had when I was a student?

We must change our national priorities, away from the endless overseas wars that are the main cause of terrorism -- therefore begetting more war -- and invest in the education of our children and youth. Here, too, Sanders shows a clear contrast with his opponent, who voted for the Iraq War and has continued since then to advocate a more belligerent foreign policy than that of President Obama.

Others have maintained that Sanders is not electable because he is a democratic socialist, or more accurately, a social democrat. But the social democratic reforms that he proposes to enact with the support of a permanently active citizenry are not only feasible but needed and popular.

"We must change our national priorities, away from the endless overseas wars that are the main cause of terrorism ... and invest in the education of our children and youth."

Look at our two most "socialist" programs, Social Security and Medicare. Why would democratic-minded Americans reject Sanders for wanting to expand both of these widely popular programs? Or for using the government to expand the rights of its citizens, rather than supporting the heavy state intervention that protects the exorbitant profits of pharmaceutical companies?

More than 15,000 volunteers helped Sanders succeed in Iowa, and there are many tens of thousands more who will participate in the rest of the primary and presidential campaigns. And that is perhaps the most hopeful part of the Sanders campaign. It is a genuine mass justice movement, fueled by young people and others whose lives, limited and degraded by broken and false promises, demonstrate why America's dominant business-as-usual political class is discredited, and its political system is corrupted. The rising tide of Sanders supporters are not naïve -- they are the realists -- and after decades of stagnant or declining living standards for the majority, most Americans also understand this reality.

And who best to take on such a system but a candidate who is straightforwardly honest, boldly courageous, who has not been corrupted, who receives nothing from Wall Street or the corporations who have hijacked American democracy, and who owes them nothing in return? This campaign is a rare, perhaps unprecedented event in this country's modern electoral history. It deserves the support of everyone who favors social and economic justice.

Danny Glover is an actor, director, producer and activist.

Bernie Sanders has received the endorsement of a South Carolina lawmaker and lawyer representing the family of a Palmetto State man shot and killed last year by a police officer.

State Rep. Justin Bamberg, the lawyer representing the family of Walter Scott, said Monday he is switching his endorsement from Hillary Clinton to Sanders in the race for the White House. In a conference call held by the Sanders campaign, Bamberg said his decision was not about anything Clinton did wrong, but about how Sanders won him over once he gave him a "fair shake."

"People have said Bernie’s ideas are unachievable and impossible," he said. "We live on the greatest country on earth...we put a man on the moon — don’t tell me that we can not provide Americans the right to health care because that right is a matter of life and death for many Americans."

Scott, a black man, was killed by a South Carolina police officer who shot him as he ran away unarmed. The officer, Michael Slager, has been charged with murder after the release of dashcam video showing the crime.

The independent Vermont senator, who is in a tight battle with Clinton in Iowa and New Hampshire, trails Clinton by a large margin in South Carolina amid concerns that Sanders's message isn't resonating with black voters. Clinton led by 22 points in a recent poll by CBS News/YouGov.

Ben Kamisar is a reporter for The Hill. Twitter: @bkamisar