Whereas, most U.S. science teachers include climate science in their courses, their insufficient grasp of the science may hinder effective teaching. Mirroring some actors in the societal debate over climate change, many teachers repeat scientifically unsupported claims in class. 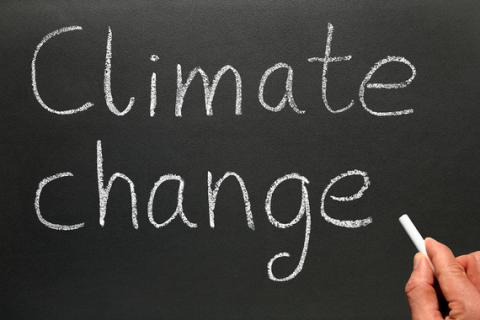 Although more than 95% of active climate scientists attribute recent global warming to human causes (1, 2) and most of the general public accepts that climate change is occurring, only about half of U.S. adults believe that human activity is the predominant cause (3), which is the lowest among 20 nations polled in 2014 (4). We examine how this societal debate affects science classrooms and find that, whereas most U.S. science teachers include climate science in their courses, their insufficient grasp of the science may hinder effective teaching. Mirroring some actors in the societal debate over climate change, many teachers repeat scientifically unsupported claims in class. Greater attention to teachers' knowledge, but also values, is critical.

Prior surveys [e.g., (5, 6)] suggest that many teachers devote class time to climate change. Although these surveys are suggestive, their use of nonprobability sampling undermines the validity of their results. None quantified the amount of class time or the specific topics covered in class. We undertook the first nationally representative survey of science teachers focused on climate change. Working from a commercial database of 3.9 million teachers, we drew a stratified probability sample of 5000 names and implemented a multiple-contact paper and Web survey protocol during academic year 2014–15. We collected data from 1500 public middle- and high-school science teachers from all 50 U.S. states, representative of the population of science teachers in terms of school size, student socioeconomic status, and community economic and political characteristics. See supplemental materials (SM) for details.

INTRODUCING THE BASICS. Three in four science teachers allocate at least an hour to discussing recent global warming in their formal lesson plans, including 70% of middle-school science teachers and 87% of highschool biology teachers (table S7). Because virtually all students take middle-school science and 97% enroll in a general biology class (7, 8), the likelihood of any student missing instruction in climate change altogether is low—on the order of 3 to 4%. Most teachers reported covering the greenhouse effect (66%), the carbon cycle (63%), and four or more observable consequences, such as sea-level rise, or changes in seasonal patterns, like the flowering of plants and animal migrations. Teachers also discuss responses to climate change and careers addressing the challenges it poses.

Although most students will hear something about climate change in a science class, the median teacher devotes only 1 to 2 hours to the topic (table S7), inconsistent with guidance from leading science and education bodies [e.g., (9)]. Of course, quality of instruction is more important than quantity, so we turn to how students are introduced to climate change science.

MIXING MESSAGES. Notably, 30% of teachers emphasize that recent global warming “is likely due to natural causes,” and 12% do not emphasize human causes (half of whom do not emphasize any explanation and thereby avoid the topic altogether). Of teachers who teach climate change, 31% report sending explicitly contradictory messages, emphasizing both the scientific consensus that recent global warming is due to human activity and that many scientists believe recent increases in temperature are due to natural causes (see the first chart). Why might this be the case? Some teachers may wish to teach “both sides” to accommodate values and perspectives that students bring to the classroom (6, 10). Beyond that, the survey data allow us to evaluate three explanations.

Teachers reported emphasis on causes of global warming, among those devoting an hour or more to the topic (see SM for details on calculation).

First, teachers might experience overt pressure from parents, community leaders, or school administrators not to teach climate change. Only 4.4% of teachers reported such pressure (6.1% reported pressure to teach it, mostly from fellow teachers). This is less than the 15% reporting pressure in Wise's pioneering study (6), and far less than biology teachers reported in a survey on teaching evolution (10).

Second, teachers also may not be very knowledgeable about a wide range of evidence—e.g., CO2 measurements from ice cores and from direct measures at Mauna Loa—and how climate models work. Given the relative novelty of the topic in classrooms, instructional materials, and preservice training, this would not be surprising, and nearly 50% said that they would prioritize one or more unrelated topics (e.g., pesticides, ozone layer, or impacts of rocket launches).

Teachers' perceptions of scientific consensus, by their personal opinion about the causes of recent global warming. (Numbers in parentheses are the percentage of teachers selecting each statement as the one coming closest to their views).

Third, many teachers are unaware of the extent of scientific agreement. This is critical because we might expect that, with limited technical mastery, teachers may defer to scientific expertise. Yet, when asked “what proportion of climate scientists think that global warming is caused mostly by human activities?”—only 30% of middle-school and 45% of high-school science teachers selected the correct option of “81 to 100%.” Even among teachers who agree that human activities are the main cause of global warming (a large majority of all science teachers), only 52% know the percentage of scientists who share their view. If a majority of science teachers believe that more than 20% of climate scientist disagree that human activities are the primary cause, it is understandable that many would teach “both sides,” by conveying to students that there is legitimate scientific debate instead of deep consensus.

The combination of limited training and uncertainty about the scientific consensus affects teachers' acceptance of anthropogenic climate change. Although only 2% of teachers personally denied that recent global warming is happening, almost one-sixth (15%) believe that it is mostly driven by natural causes, and another one-sixth thought that human and natural causes are equally important. Indeed, teachers' assessment of the scientific consensus is intertwined with their personal conclusions about global warming and its causes (see the second chart).

IMPROVING TEACHERS' KNOWLEDGE. Advances in climate science and consolidation of scientific consensus have outpaced textbooks and teachers' training. Fewer than half of the teachers report any formal instruction in climate science in college. Two-thirds of teachers (including 50% of those who believe that natural causes drive global warming) said they would be interested in continuing education “entirely focused on climate change.” Provision of such continuing education (11) and development of networks of support to provide ongoing and connected professional education opportunities (12) would be helpful.

Continued development and dissemination of teacher-tested, standards-aligned educational materials that document the basis for the scientific consensus about human-caused climate change would also be valuable. High-quality, vetted, and up-to-date online instructional resources [e.g., (13–15)] provide examples for teachers and science communicators.

The aim of such efforts would be to improve teachers' knowledge of climate science, so as to distinguish what is scientifically uncertain (e.g., exactly how quickly sea levels will rise) from what is well supported (e.g., that sea levels have risen and are rising more quickly owing to human-caused climate change). Teachers must expect, and be equipped to counter, specific misinformation and misconceptions about climate change likely to be voiced by students. Teachers prepared for such challenges are more likely to have confidence to provide scientifically sound instruction.

POLITICS AND IDENTITY THREAT. Content knowledge is not the only area in need of attention. Rejection of sound scientific conclusions is often rooted in value commitments rather than ignorance (16), and science teachers are not immune from this tendency. A question measuring political ideology was a more powerful predictor of teachers' classroom approach than any measure of education or content knowledge, with those leaning toward “It's not the government's business to protect people from themselves” most willing to teach “both sides” (table S8).

Our data suggest that, especially for political or cultural conservatives, simply offering teachers more traditional science education may not lead to better classroom practice. Education efforts will need to draw on science communication research and acknowledge resistance to accepting the science and addressing its root causes (17, 18). College and university instructors will need help reaching teachers and teachers-in-training who bring diverse political and value commitments to the classroom—particularly in avoiding “boomerang effects,” in which attempts to promote a particular view can instead harden opposition. This may entail acknowledging and addressing conflicts that teachers (and their students) may feel between their values and the science. Such instruction will promote understanding of the science as well as the pedagogy that future teachers will need to promote climate science literacy.