When you dare to do big things, big results should be expected. The Sanders program is big, and when you run it through a standard model, you get a big result. - James K. Galbraith (former Executive Director of the Joint Economic Committee - the congressional counterpart to the CEA). Paul Krugman in The New York Times has attacked Sanders' economics. Here a number of prominent economists respond, showing how big a change the proposals actually are. They are HUUUGE. 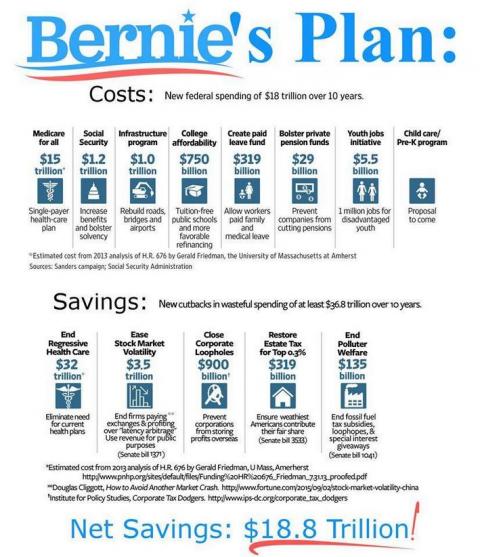