The debate this election cycle about how to shore up the American middle class and the longer-term worry that automation will chip away at the labor market both miss a more proximate and pressing reality: knowledge work, including tech jobs, are already being shipped overseas. What happened to manufacturing jobs a generation ago is now being repeated in the knowledge economy, linking the fates of the professional class and the working class together. 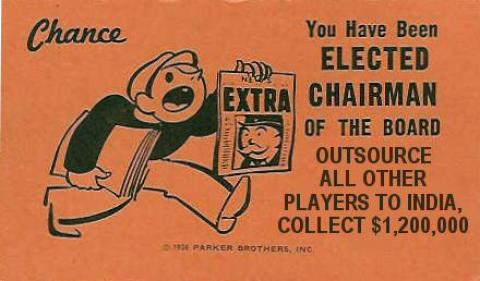