A gradual increase in California’s minimum hourly wage from $10 to $15 by 2023 would raise wages of 5.6 million workers by an average of 24 percent, according to a brief released today by UC Berkeley. 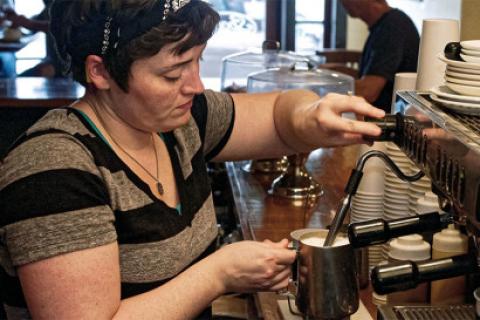 UC Berkeley’s Labor Center estimates workers would see an average boost in pay of $2.19 an hour.,

California Gov. Jerry Brown recently signed state legislation to increase the state’s minimum wage to $15 an hour by Jan. 1, 2022, for businesses with more than 25 workers and by Jan. 1, 2023, for smaller businesses.

Researchers from the UC Berkeley Center for Labor Research and Education created a profile of workers who would benefit from the minimum wage legislation. Among their key findings:

Local minimum wage laws already in place will also generate pay increases for an additional 800,000 California workers. Together with the new law, 37 percent of the California workforce will receive higher wages.

“Based on our previous research, we expect the law to have large positive effects on living standards for a large number of California workers and very small effects on employment,” said Ken Jacobs, chair of the Labor Center.

The brief was authored by Jacobs and Ian Perry, a Labor Center researcher.