No One Would Serve in the Israeli Army if They Knew; Israel Should Let Conscientious Objector Serve Both Society and Her Conscience

I stand against the government's saber-rattling, against ruling over and harming a civil population. It's important to me to say: No more! I'm not willing to take part in that. I want to represent a different path, to show that there's a choice and that it's possible to resist. Through my refusal I choose to represent a path of solidarity and peace, and I believe this path will create a more secure life for us all. 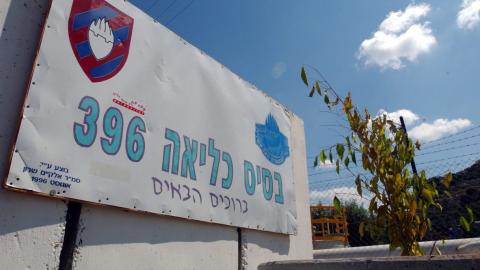 Israel Defense Forces' Military Prison No. 6.Nir Kafri, credit: Nir Kafri // Haaretz
No One Would Serve in the Israeli Army if They Knew
By Tair Kaminer
March 29, 2016
Haaretz (Israel)
I report to the Tel Hashomer induction center, where I'm recognized immediately. "You again? They didn't discharge you yet?" It will be my third time in prison, after I already served 45 days for refusing to enlist in an occupying army and thereby maintain the cycle of violence. This time I was sentenced to 20 days for refusing to enlist and an additional 10 days for being absent without leave.
In the evening I reported to Military Prison No. 6 once again. It's significantly easier the third time. Somehow there's even a positive atmosphere. The commanders already know me, they seem to be smiling at me. They're even beginning to trust me not to bring in prohibited items, so the search of my bag is less exacting. This time they didn't unroll my socks. I don't have to listen again to the rules and explanations, which I surely have memorized by now - every step in prison is explained three times a day, at least, and it's not exactly rocket science.
When I meet up with the girls, the ones I left a week ago who are still here, some are surprised to see me again; the others I told ahead of time. But they all have the same reactions: "Why did you return? Why don't you go to the mental health officer and be done with it? Or say that you're religious."
Why, indeed?
The girls somehow manage to shake me up every time. Maybe it's because they come from such a good place. They worry about me, they don't want me to suffer. And also because it requires me to explain; to explain that I chose to be here because I'm fighting for something, because I believe that it could be better in this country, it could be more secure, there could be peace.
I stand against the government's saber-rattling, against ruling over and harming a civil population. It's important to me to say: No more! I'm not willing to take part in that. I want to represent a different path, to show that there's a choice and that it's possible to resist. Through my refusal I choose to represent a path of solidarity and peace, and I believe this path will create a more secure life for us all.
Most important of all is to recognize that the military path is not the only option. I, you, all our friends are educated to believe there's no other way. And that we all have to be a part of it. That the army is a "neutral" institution that stands above the country's political disputes and whose only function is to defend the citizens. But that's not the situation. The army is a political tool that enables the government to continue the occupation of another nation, and for years its main task has been control, not defense.
It's hard to develop this kind of criticism, especially in our society. But I believe with all my heart that anyone who chooses to know, who wants to hear the difficult things, will find it hard to remain indifferent. We must develop a society that thinks, that examines, that knows to what end it is being put. A society in which each member considers, and decides. I believe that if people were to stop and think, they would choose to resist, as I did.
I think many people can agree, on the theoretical level, not to follow the crowd in every situation. That they won't always agree to take part in military activities that go against their conscience. Many admit that we need red lines, and that they personally have such lines. Again, this is all theoretical, because our army is so moral. But if really extreme things do happen, they will say no. No more. And then they will resist.
The problem is the absence of a critical approach that would allow for such a decision. There is no stage prior to being drafted in which the army, the state, can be examined. As a result, people cannot stand behind such a statement and turn these theoretical red lines into actions.
Israel Should Let Conscientious Objector Serve Both Society and Her Conscience
Haaretz Editorial
April 11, 2016
Haaretz (Israel) 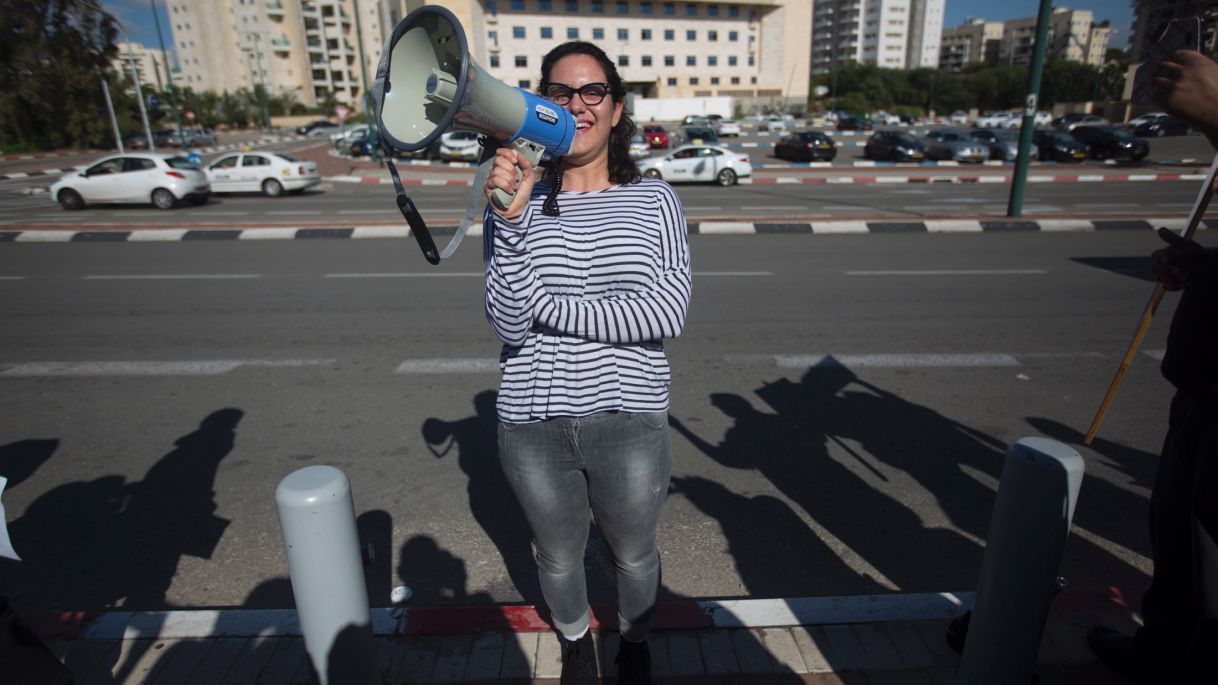 Tair Kaminer
Photo credit: Tomer Appelbaum // Haaretz
Tair Kaminer is expected to be released Tuesday from a military prison, where she has been for over 90 days for refusing to serve in the Israel Defense Forces for reasons of conscience. Since declaring herself a conscientious objector, she has been sentenced to prison four times. Each time she was detained for 20 or 30 days, after which she was released and summoned to the induction center, only to be jailed again when she refused to enlist.
Kaminer, who before refusing conscription performed a year of voluntary national service with the Israeli Scouts in Sderot, is amenable to additional civilian service instead of military service. She explains her refusal to do military service as follows: "I volunteered for an entire year in Sderot, and worked with children living in a war zone. It was there that I decided to refuse to serve in the IDF.
"My refusal stems from a desire to contribute to my society and make it a better place. The children I worked with grew up in the heart of the conflict and suffered harsh experiences form a young age, experiences that fashioned great hatred in many of them, which I can understand. ... [T]here are many, many children like them who grew up in Gaza or the territories, in an even harsher reality, learning to hate the other side. ... For years there is no desire for negotiations, no attempt to bring peace to Gaza and Sderot. But as long as the violent, military path continues, we are creating two generations of hatred that will only make the situation worse. We must stop it."
Kaminer could have taken the easy way out - to evade the draft, to marry or to claim, like thousands of other girls, that she is religiously observant. Her parents say that IDF officials even hinted to her that "there are ways to get out of the IDF," by seeking a mental-health exemption, for example. But her honesty, conscience and declared principles frighten the IDF and cause the military system to continue abusing her.
Kaminer, like conscientious objectors who preceded her, are young people whose protests are evidence of caring and affiliation to the place and the society in which they live. They are knowledgeable, opinionated, determined and conscientious. The IDF treats them more harshly than it does those who evade service for selfish reasons, who do not hesitate to deceive the army and make up stories.
It seems that the army fears that other young people might follow in the footsteps of these conscientious objectors, but this fear is unjustified and even exposes the IDF's hypocritical behavior. Most candidates for service want to be drafted, while there are entire populations that are not required to bear the burden of service at all. Kaminer's individual punishment is unfair.
Another conscientious objector, Natan Blank, spent half a year in jail before the IDF agreed to release him from service. It would behoove the army to bring Kaminer's Sisyphean journey to an end by respecting her choice and allowing her to serve society in a manner consistent with her conscience.