Several union officials charge that Working Families Party officials this year re-worked the presidential endorsement process in a way that rigged it for Bernie Sanders with the hopes that its work on behalf of the Vermont senator would help the party raise money and increase membership.The unions that remain argue the party will play a critical role mobilizing the progressive wing of the Democratic Party. 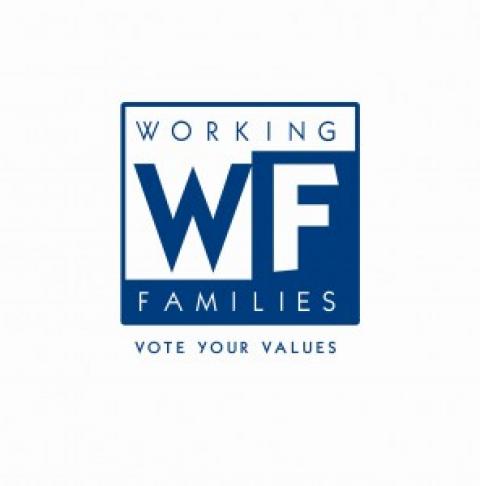 [Here is an expanded version of the lead item from my "Albany Insider" column from Monday's editions.]

The Working Families Party, which is supporting Bernie Sanders for president, has lost the financial backing of several of the state's biggest unions.

The rifts mostly began in 2014 over disagreements regarding Gov. Cuomo's reelection and have continued through this year's presidential primaries. Most of the state's big unions are supporting Hillary Clinton.

"There were breaks that happened in the relationship between the unions and the WFP that still have not been repaired," said one Democratic activist.

Many of the unions kept their disinvestment from the Working Families Party quiet for more than a year.

"We are not an affiliate, we are not paying dues," said Helen Schaub, 1199's state director of policy and legislation.

In addition, the city United Federation of Teachers is no longer providing financial backing, though it is working with the party on several smaller races, a UFT source said.

Trying to downplay the defections, the party says it is still growing.

"The Working Families Party has recently picked up new affiliates and expanded to 10 other states," said WFP state Director Bill Lipton. "And the success of the Sanders campaign shows broad and deep support for our bold progressive program."

But the rift between the WFP and some of its most powerful financial backers began in 2014 when party activists wanted to back little-known Fordham Law Prof. Zephyr Teachout over Cuomo, who they felt was not progressive enough.

But many of the unions had close dealings with Cuomo.

Ultimately, the WFP gave its backing to Cuomo, but not before Mayor de Blasio intervened on his behalf and the governor was forced to cut what many dubbed a "hostage video" promising to push for a number of the party's priorities such as a Democratic take-over of the state Senate, campaign finance reform, and a higher minimum wage.

The bad feelings from the fight never dissipated and 1199 and the hotel workers union cut ties with the party soon after the election.

"I don't want to run your party, but for you to think we shouldn't be an important voice on the day-to-day events inside the party is crazy," Ward said.

Added Schaub: "We made a strategic decision. Obviously we feel like we've worked very effectively with the governor to get things done, like the (recent) $15 minimum wage."

She said the union will still work with the party on issues of shared interest.

But WFP leaders had no real role in the recent push to raise the minimum wage and enact a paid family leave program, an effort that heavily involved 1199. In addition, 1199 last week endorsed the Republican candidate in a key special state Senate election on Long Island even as the WFP has pushed for a Democratic take-over of the chamber.

Several labor officials also charged that WFP officials this year re-worked the endorsement process in a way that rigged it for Sanders with the hopes that its work on behalf of the Vermont senator would help the party raise money and increase membership even though the party's registered memers can't vote in the Democratic primary.

The unions that remain argue the party will play a critical role mobilizing the progressive wing of the Democratic party.

"While we may differ occasionally on a specific candidate, like Hillary Clinton, we are fully invested and really believe in that advocacy," said 32BJ spokeswoman Elaine Kim.

Bob Master, CWA's political director and state WFP co-chairman, said his union's national president "is redoubling the commitment to the WFP and increasing our financial commitment. The party is positioned to play a really significant role in what is really the emerging (Sen. Elizabeth) Warren-Sanders wing of the Democratic party. To me, it's a terrific moment for the WFP."

But without some of the most powerful unions behind the party, "the WFP is not bringing any institutional union support for Bernie into this thing," the Democratic activist said. "What they're bringing Bernie is a brand that they have cultivated in New York the last 10, 12 years. What they are lending him are the white liberal base that are already his supporters."

But in order to win a Democratic primary in New York, a candidate needs to pull together a multi-racial coalition that groups like 1199 provide, the insider said. "That's the WFP's problem, frankly, and why they can't take out an Andrew Cuomo or any other big player," he said.