tv HBO’s All the Way Delivers a Kinder, Gentler LBJ

Robert Schenkkan’s Tony award winning All the Way portrays Lyndon Baines Johnson in his finest hour, and its multi-media staging on Broadway was already cinematic in nature. HBO’s TV adaptation — directed by Jay Roach in collaboration with Schenkkan’s screenplay and airing Saturday — has upped the ante, giving us a leaner, less unwieldy and more intimate rendering. 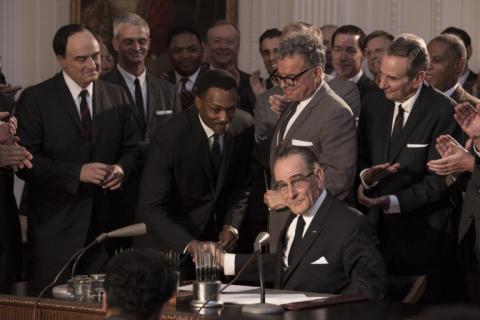