Why Paul Krugman Is Wrong About the 1990s

What is the true economic narrative about the 1990s? Was it a time of shared American prosperity brought on by smart policy? Or was it a time when the style of laissez-faire attitudes forged in the 1980s was co-opted by Democrats and began to create the growing inequality and periodic crises we’ve since become used to? 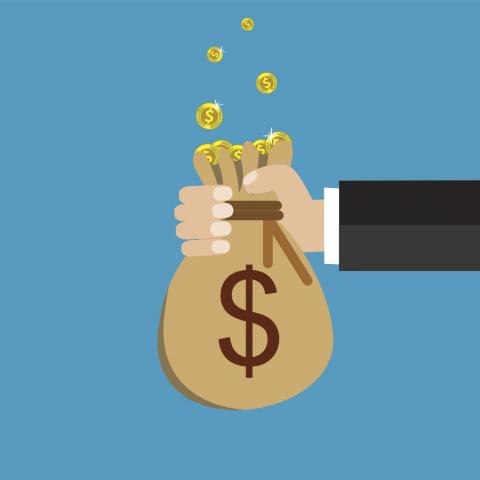 I’ve been pondering Paul Krugman’s recent column in the New York Times about how great the 1990s were economically. Hillary Clinton has, of course, been saying the same thing on the campaign trail. In fact, she wants to put her husband Bill back in charge of the economy if she’s elected—a mistake, in my opinion, both on economic grounds and because it smacks of nepotism.

The key question is this: What is the true economic narrative about the 1990s? In other words, was it a time of shared American prosperity brought on by smart policy? Or was it a time when the style of laissez-faire attitudes forged in the 1980s was co-opted by Democrats and began to create the growing inequality and periodic crises we’ve since become used to?

It’s risky to take issue with a Nobel laureate, but having just written a book that looks deeply at some of these issues, I’m going to go out on a limb and say that Krugman has it partly wrong when he waxes nostalgic about the “boom” days of the 1990s.

For starters, most of the 1990s did not produce a boom for ordinary people. Wages for the bottom 90% of the population in America were flat until 1996. (If you want to track the data yourself, check out this wonderful interactive graphic from the Economic Policy Institute, a think tank affiliated with the labor movement, which allows you to set the frame anywhere you like over the last 100 years.) After that, the wage share of the lower 90 % began growing slightly, and in the last couple years of the 90s, America got some decent wage growth for average people.

Why did this happen? Because the Federal Reserve kept interest rates quite low which allowed for full employment. This was in part because there was little risk of inflation due to globalization and new technologies; unemployment was around 3.9% in the late-1990s. That also encouraged a stock boom, which for a period of time meant more private investment into the economy. Finally, there was a brief productivity boom from new technology, which made investors bullish on the future and helped contribute to some wage growth.

As we know, however, none of this lasted. By 2001, the dot com crash (a result of that stock bubble) had wiped out much of the investment boom. Productivity dipped and hasn’t gone up since. Incomes for average people have been stagnating, and we’ve gone back to business as usual—the 1% taking the vast majority of all income gains.

In his column, Krugman advocates thinking about the policies of the 1990s as a model for how to create another bout of prosperity. But what were those policies, exactly?

Bob Rubin, then Treasury secretary, balanced the budget and focused on market-led growth, rather than the massive public investment plan advocated by the other Bob, former labor secretary Robert Reich. Reich’s strategy of real, sustained investment in infrastructure and education (which Bill Clinton actually campaigned on) was deep sixed in favor of a more market-oriented, quick hit growth plan.

“I pushed hard for a major public investment strategy, but it got ground up in demands from Republicans and some Democrats to cut the budget deficit,” says Reich, now a professor at Berkeley. “In some ways, it was an early exercise in austerity economics.”

Would the Rubin strategy work today? Absolutely not. If we tried to balance the budget right now, we’d get European-style austerity. And while we still rely on the sugar high of super low interest rates, their effectiveness for boosting Main Street has decreased. Low rates have led to record stock prices, but Main Street growth is still sluggish, and wages are still relatively flat (as is productivity).

The Band-Aid of easy money that worked in the 1990s simply won’t work anymore. It only changes asset prices–not what’s actually happening on Main Street. Central banks can buy time for governments to do real fiscal stimulus. But they can’t fix what’s wrong with the underlying system all by themselves.

What’s more, one of the solutions Krugman advocates is actually the one that Bill Clinton’s administration didn’t take up–a massive infrastructure program. In fact, public investment as a percentage of GDP in the U.S. began falling in the 1990s. While it’s true that Clinton made some investments in education and infrastructure (and spent a lot of time talking about the “information superhighway”), they weren’t anywhere near the levels that would have changed the underlying growth paradigm.

The wrong Bob won the liberal economic debate of the 1990s. That’s why the decade brought a false, financialized growth that quickly evaporated at the first bubble popping, rather than the real thing. (I actually left journalism briefly to work in a high-tech incubator and, for this sin, I got to watch the bubble pop first-hand).

This is exactly why I worry when I hear that Hillary wants to put Bill back in charge. The suggestion begs an uncomfortable question: Has she learned the lessons of the 1990s?

Maybe. Clinton recently proclaimed her desire to pull off a bold public infrastructure program. And she’s been somewhat critical of the ramifications of certain go-go 90s phenomenon like share buybacks (which create saccharine growth by artificially jacking up the value of company stock, which increases inequality).

But I have yet to hear a full tally of what Hillary thinks was right about the 1990s, policy wise–and what wasn’t. In today’s economic climate, simply laying claim to the good parts of the 90s without explicitly outing the bad is not enough.

Certainly, we should be thinking about how to achieve a healthier labor market, but we also need to recognize that just letting the markets do their thing, as many in Bill Clinton’s administration advocated, isn’t a real growth strategy. It’s a head fake. In that sense, it’s misguided to lavish unadulterated praise for the era. The economic policy of the 90s only worked for some people, some of the time.

Rana Foroohar is an assistant managing editor at TIME and the magazine’s economics columnist. She’s the author of Makers and Takers: The Rise of Finance and the Fall of American Business.