The Supreme Court protected the right of women and families to make their own choices. And it did so by reminding us that facts are real. Science is real. Evidence is real. And it can’t be willfully ignored or tarnished or fabricated to advance anti-choice ideology that erodes the constitutional right to reproductive health care. 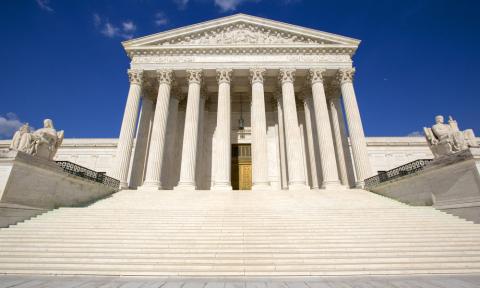 Yesterday the Supreme Court delivered a resounding and badly needed victory for reproductive health and rights. In doing so, it also restored scientific facts to their rightful place in American jurisprudence and in the legislative decision-making that has for too long threatened the health and wellbeing of women and their families. Over the past five years, conservative lawmakers have replaced facts, evidence, and medical expertise with their own convenient “truths” fabricated to erode abortion access in the name of protecting women’s health. Put plainly, the Court’s decision calls B.S. on those claims and sets the record straight on the safety of abortion and the danger of anti-choice legislation.

At question in Whole Woman’s Health were two components of Texas’s HB2—the omnibus abortion bill that Wendy Davis infamously filibustered in 2013—that closed more than half of Texas’s 40 abortion clinics. Those components required abortion providers to have admitting privileges at a hospital within 30 minutes of their practice and that abortion clinics meet the standards of ambulatory surgical centers (essentially full-scale emergency rooms). The Court determined, contrary to the arguments of Texas lawmakers and the Fifth Circuit Court of Appeals that originally upheld the law, that these requirements did not pose any benefit to women’s health, and in fact undermined it.

As lawmakers across the country have relentlessly sought to regulate abortion in recent years, they have peddled false narratives about the danger of the procedure. But the Court’s decision finally silenced those narratives, using incontrovertible scientific data to illustrate the safety of abortion and the medically unnecessary and potentially deleterious nature of anti-choice legislation. The decision puts to rest many of the inaccuracies that have served as the bedrock of the anti-choice movement in recent years.

Some of these debunked claims include:

Abortion is dangerous. Wrong! It’s actually quite safe, as major medical organizations like the American Congress of Obstetricians and Gynecologists and the American Medical Association have repeated ad nauseam. The majority cited the incredibly low complication rates for abortion (one-quarter of 1 percent for those occurring in the first trimester and less than one-half of 1 percent for much-rarer second trimester procedures) and argued the procedure is in fact so safe that “there was no significant health-related problem that the law needed to help cure.” Boom. What more is there to say, really?

It is in the best interest of women’s health for physicians to have admitting privileges at nearby hospitals. To the contrary, the Court found that the “admitting-privileges requirement places a ‘substantial obstacle in the path of a woman’s choice,’” and that there is no evidence to suggest that “compared to prior law (which required a ‘working arrangement’ with a doctor with admitting privileges), the new law advanced Texas’ legitimate interest in protecting women’s health.” The Court went on to point out that it would be nearly impossible for abortion providers to meet this HB2 requirement because hospitals often only grant admitting privileges to physicians who admit a certain number of patients a year. However, “the fact that abortions are so safe meant that providers were unlikely to have any patients to admit.”

To optimize women’s health, abortions should be performed in settings akin to emergency rooms. Actually, that’s nonsense too. Given abortion’s safety record, the Court determined there is no health benefit for abortion clinics to meet such standards, and requiring them to do so would reduce the number of providers, cause a strain on the remaining clinics, and detract from the quality of care available for remaining patients. It also pointed out the irony that similar regulations are not applied to medical procedures that have far higher rates of complication, illustrating the purely ideological nature of HB2 and similar laws. Some highlights:

We can’t really be sure that clinics closed because of anti-choice requirements. Um, yes, we can. During oral arguments, Justice Alito (who joined the dissent in yesterday’s 5–3 opinion), suggested the closing of 20 clinics in the wake of HB2 might in fact have nothing to do with the law’s onerous requirements. He said there was “very little specific evidence in the record in this case with respect to why any particular clinic closed.” The majority had no time for this line of questioning. “In our view, the record contains sufficient evidence that the admitting-privileges requirement led to the closure of half of Texas’ clinics, or thereabouts. Those closures meant fewer doctors, longer waiting times, and increased crowding.”

Patients wouldn’t really be left without care. Obviously, they would. Advocates have long argued that if HB2 were fully implemented, the remaining providers would not be able to meet the increased demand of patients. Texas insisted the remaining providers (which would have been roughly eight for the second most populous state in the country) could simply increase capacity to meet the need. But the Court highlighted evidence that, should HB2 be allowed to stand, the remaining clinics would face a five-fold increase in abortions (60,000 to 70,000 annually, up from 14,000). “Common sense suggests that, more often than not, a physical facility that satisfies a certain physical demand will not be able to meet five times that demand without expanding or otherwise incurring significant costs.” The Court determined:

More fundamentally, in the face of no threat to women’s health Texas seeks to force women to travel long distances to get abortions in crammed-to-capacity superfacilities. Patients seeking these services are less likely to get the kind of individualized attention, serious conversation, and emotional support that doctors at less taxed facilities may have offered. Healthcare facilities and medical professionals are not fungible commodities.

Yesterday, the Supreme Court protected the right of women and families to make their own choices. And it did so by reminding us that facts are real. Science is real. Evidence is real. And it can’t be willfully ignored or tarnished or fabricated to advance anti-choice ideology that erodes the constitutional right to reproductive health care.

Andrea Flynn is a Fellow at the Roosevelt Institute, where she researches and writes about issues that impact women and families. Her writing has appeared in The Atlantic, The New Republic, Cosmopolitan, Salon, The Hill, and Women’s eNews. You can follow Andrea on Twitter @dreaflynn.