The political revolution will continue after Election Day – if you stay involved. 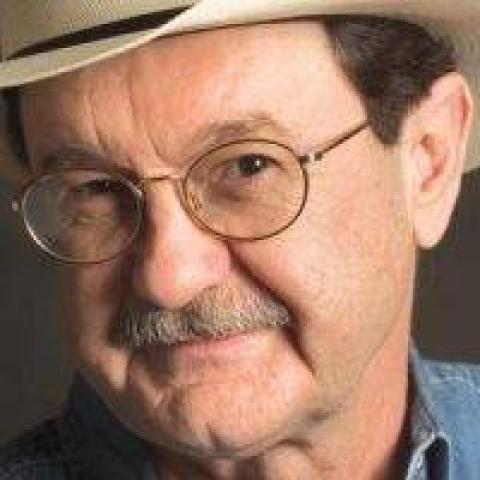 The fervent prayer of old-line Democratic operatives and corporate funders is that the Sanders Storm will dissipate now that Hillary Clinton will get the nomination, thus allowing politics — as — usual to reestablish its grip on the system. Here’s why I think they’re dead wrong:

First, whatever else you think of Clinton, she’s certainly smart, savvy, and accomplished, and she didn’t come this far by ignoring important shifts in the political winds. As Sanders’ tub-thumping message drew huge crowds, new voters, and that deep pool of small donors, she adjusted her wings to try riding some of the powerful thermals rising from America’s grassroots. A career-long corporate Democrat, Clinton began sounding more and more like Sanders, sympathizing with the rising fury of working-class families and becoming at least Bernie-lite on several populist proposals.

You can view her adaptations as hopeful or hopelessly cynical, but the point is that Clinton recognizes that a new power is loose on the land. Understanding that the same old Bill and Barack moderate corporatism won’t charge up the crowds she needs in November, she’s scrambling to tap the electric populism of the Bernie Rebellion.

This rebellious spark is the true hope of a moribund Democratic Party that registers only 29 percent of eligible voters. Far from wishing away the energetic millions who “Feel the Bern,” entrenched Democratic elders should beg these hot–blooded activists to revitalize the party. In fact, a June poll by Reuters/Ipsos found that three quarters of Democrats (including Hillary backers) want Sanders to have a “major role” in shaping the party’s positions, and two-thirds wanted him as her VP choice.

Think about it: While Bernie was the oldest candidate running for president, in heart, soul, vigor, and vision he is by far the youngest. He won the majority of voters under 45 years old and a stunning 71 percent of under-30 voters. In the under-30 demographic, Bernie even won decisively among women, including African-Americans and Latinas. He also dominated among independents who voted Democratic. There’s the future.

This surge reflects a level of organized grassroots progressive leverage missing for decades. Since the 1980s, the party of Franklin and Eleanor Roosevelt has been shedding its work clothes and donning the suits of the comfortably wealthy, while simultaneously accepting a Reaganesque faith in the trickle — down magic of enriching those at the top (who also just happen to be the political donor class). This year the grassroots insurgents who picked up Sanders and rammed him through the front gate of the Democrats’ corporate bastion have shattered that complacency, exposed the party’s drift from democratic principles, and opened the system to the possibility of another populist moment in American history.

The second (and most powerful) reason that I believe this rebellion will persevere is that it’s organic. Not an artificial marketing creation sprouted in some D.C. hothouse by national groups and moneyed interests, this is a wildflower movement that sprang up spontaneously, took root, and seeded thousands of zip codes.

Despite supporters’ natural disappointment that their efforts ended short of the Oval Office, the majority are not petulantly giving up on politics, as most pundits predicted. Why would they? After all, this corps of pro-democracy activists seemingly came from nowhere, won 22 states, virtually tied in five others, and revolutionized the Democrats’ message, policy agenda, and method of campaigning. Having proven their mettle as a talented and inventive grassroots network, they’re eager to push forward. I’ve been out there among them for months — from Great Falls to Cedar Falls, Albany to Albuquerque, Carson City to New York City, and more — and I’ve witnessed their creativity and grit. No way they’ll “Bern out” and fold, for they have audacious, long — term ambitions.

Besides, the gross inequality and corporate rapaciousness they’re fighting will not just go away — and are likely to deepen and spread. Unlike the political and media establishment, which treats elections as periodic games to be “won” with pollsters, funders, and tricksters, this populist team is engaged in REAL politics: the ongoing struggle by everyday people to democratize America’s wealth and power to benefit all and serve the common good.

Bernie’s success emerged like a grito — a long suppressed shout of rebellion — from the battered soul of working-class America. It sprang in part from people’s anger at being run over, then ignored, by the corporate and political elites. But as Bernie’s message spread through mass rallies and social media, it became obvious that the rebellion is also deeply motivated by hope — a belief in and a yearning for Egalitarian America, a society dedicated to Democracy’s fundamental principle: We’re all in this together.

Jim Hightower is a national radio commentator, writer, public speaker, and author of the book, "Swim Against The Current: Even A Dead Fish Can Go With The Flow," Jim Hightower has spent three decades battling the Powers That Be on behalf of the Powers That Ought To Be - consumers, working families, environmentalists, small businesses, and just-plain-folks. Twice elected Texas Agriculture Commissioner, Hightower is a modern-day Johnny Appleseed, spreading the message of progressive populism all across the American grassroots. He broadcasts daily radio commentaries that are carried in more than 150 commercial and public stations and on the web.