In the past year, UMass administrators have eliminated all funding for full-time Labor Center graduate students (including teaching and research assistantships), all funding for part-time faculty who teach the required curriculum and cut the Director's position from 12-months to 9-months. The course on collective bargaining was cut from the curriculum. 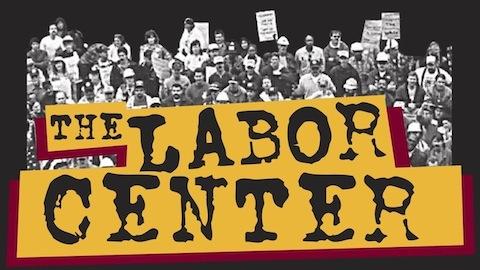 A nationally respected center for labor studies at UMass Amherst has lost its director, and the university removed some of its funding -- putting the center's future in apparent jeopardy while worrying alumni and union activists around the country.

School administrators insist they support the center and have a plan to make it thrive. There are approximately 30 such centers nationwide, most of them at public universities, and the UMass program is known as one of the best.

Problems at the center, which offers master's degrees in labor studies that train students in collective bargaining, workers' rights, and the history of organized labor, seem to boil down to money and declining enrollment.

The center's former director, Eve Weinbaum, abruptly departed this month; Weinbaum said she was ousted, but administrators said she resigned.

She wrote recently in an e-mail to colleagues that has become public that administrators told her the master's program could continue to exist only if it generated revenue to fund parts of the university outside the center.

The UMass Amherst Labor Center was founded in 1964 after the AFL-CIO's president, George Meany, visited the campus and encouraged it to create a labor studies program, similar to those at many other land grant universities. The UMass center has since become nationally renowned for training labor leaders and activists.

Nevertheless, the center is not profitable and until now has relied on a patchwork of university funds to open its program to needy students. Following previous tumult in 2010, it was folded into the sociology department.

"We can't continue to do the work that we have done if we can only accept [students] who can afford a $60,000 master's degree," Weinbaum said Tuesday in a phone interview.

Weinbaum's e-mail, which has been posted on several blogs, says the administration made a series of cuts to the program last year while she was on sabbatical in Colombia. The university sliced funding for graduate students and part-time faculty and reduced the director's position from a 12-month to a nine-month job, according to the e-mail.

"There is a reality to the economic situation, but I think to deal with it by making short-term decisions about what's generating revenue and what's not is a real mistake," she said.

Administrators describe the situation differently. Enrollment in the program has declined for years, said John Hird, interim dean of the College of Social and Behavioral Sciences, which houses the sociology department. It has two new students this year and 16 total, down from 30 total a decade ago, according to data from Hird.

He said the plan includes a new part-time employee who was hired to recruit students and bridge funding to support the master's program until enrollment rebounds.

"The proof will be in what we do," the dean said in a phone interview. "People can come back when, hopefully, we've really bolstered the program and the enrollment grows and resources follow where the students are."

The center also runs a nontraditional program for working students who visit campus once a semester and pay tuition. That program is not in jeopardy, Hird said.

Alumni across the country are buzzing on social media about the center's uncertain future. Local labor leaders are worried, too.

"It would be impossible to measure the value of this program and what its graduates have given back to society," Steve Tolman, president of the Massachusetts chapter of the AFL-CIO, said in a statement. Tolman called himself "deeply troubled to learn about the recent attacks on this program."

The situation has caught the attention of labor centers nationwide, as well as those who study unions and worker organizing.

"It's particularly disturbing what's going on there, given the pedigree and respected historical status of this program," said Bob Bussel, director of the Labor Education and Research Center at the University of Oregon.

Many other labor centers at universities across the country fear a similar fate, said Joseph McCartin, a history professor who studies labor organization at Georgetown University.

The United Association for Labor Education, which tracks such centers nationwide, published a report in 2015 that said some centers appear to have been attacked for ideological reasons.

Hird, the UMass dean, said that is not the case at UMass. Teaching assistant positions were shifted to other departments that are growing, he said.

The center's alumni have written letters to administrators in the past few weeks, asking them to preserve the program and its financial aid.

Chris Brooks is a student in the nontraditional program, which allows him to keep his job at LaborNotes, a magazine for union activists in New York City, while he completes the three-year degree.

"This is a prestigious program," Brooks said.

"I'm constantly meeting people who graduated from this. I would think this is the kind of program you would cultivate, not cut."

Sameerah Ahmad, of Chicago, graduated from the center in 2011 and then became executive director of the Cincinnati Interfaith Workers Center. She said the center gave her knowledge and access to a network of people who helped her launch a successful career.

"[If] they put so much resource limits on the center they're not going to be able to support women or people of color or working-class people . . . that may not otherwise be able to go to graduate school," said Ahmad, a first-generation student.

For more information please go to "Save the Labor Center"