Prop. W would levy a .25% tax on real estate transactions in San Francisco worth more than $5 million. About $12 million of the estimated $44 million in revenue raised by the measure would be earmarked for a special fund that would pay tuition at City College for students who live in the city and those who work at least half-time there. 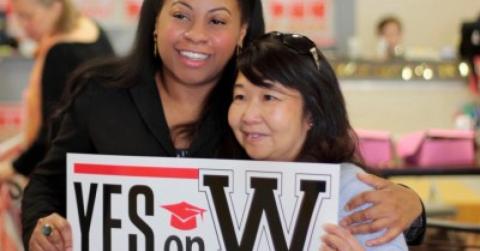