Stand with Standing Rock on Nov. 15 #NoDAPL - Day of Action at Army Corps of Engineers

Indigenous leaders are calling on us to take to the streets and disrupt "business-as-usual" one week after the election to demand that President Obama's Army Corps of Engineers and the incoming administration stop the Dakota Access Pipeline -- and all those after it. As of now, there are 102 events planned (see map). It's time for the Administration to take immediate action to stop this pipeline. 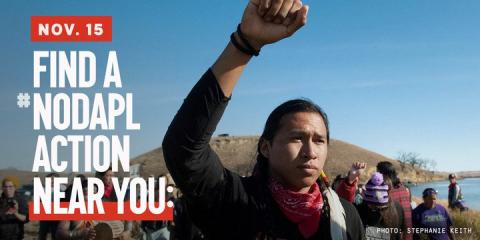 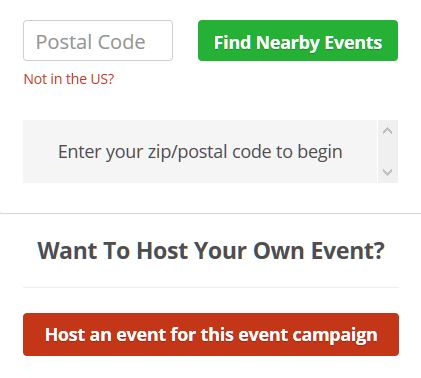 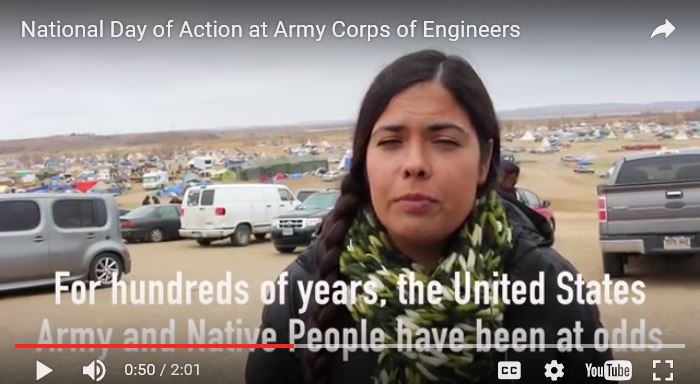 Indigenous leaders are calling on us to take to the streets and disrupt "business-as-usual" one week after the election to demand that President Obama’s Army Corps of Engineers and the incoming administration stop the Dakota Access Pipeline -- and all those after it.

On Tuesday, November 15th, join a massive day of action in solidarity with those at Standing Rock, and demand the Federal government and the Army Corps reject this pipeline.

Find an event at an Army Corps of Engineer office near you, or sign up to host an action in your city to support the indigenous communities and landowners fighting on the front lines.

Click here for a map of the Army Corps of Engineers District Headquarter offices around the country.

(If you're not near a District HQ, you can search Google to identify if there's a local Army Corps of Engineers field office in your city)

The Army Corps fast-tracked the Dakota Access Pipeline without proper consultation, and as a result, bulldozers are approaching Standing Rock as we speak. But with coordinated, massive demonstrations across the country, we’ll make it clear that this powerful movement will not allow the Obama administration or the incoming President to sacrifice Indigenous rights, our water, or our climate - they must reject this pipeline.

This day of action is one of many calls for solidarity actions targeting not only the Army Corps, but stakeholders at every level -- including the banks who are funding Dakota Access and the companies building the project. If there’s not any Army Corp office or action near you, join or host an action at a bank that’s financing the pipeline, or any Federal building. If you're planning an action outside the US, you could organize it outside an involved bank building or US embassy.

This is one of the most courageous stands against a fossil fuel project this country has ever seen. Together, our movements stopped the Keystone XL pipeline almost one-year ago today, and an even bigger movement is rising up to stop Dakota Access and all fossil fuel infrastructure.

We know that elections and individuals alone don’t create change -- movements do. That’s why we’ll continue to fight until native sovereignty is honored, indigenous rights are protected, and our communities, water, and climate matter more than fossil fuel profits.

This is a movement-led day of action, taking leadership from indigenous groups active in the Standing Rock struggle including Indigenous Environmental Network and Honor the Earth. We encourage local action organizers to reach out to indigenous and frontline leaders in your community and work together in planning and organizing, reflecting that this moment is about social, climate, environmental, and economic justice - with a centering of indigenous rights and decolonization. Partners include:

Find an action near you on November 15th.