Tidbits - November 10, 2016 - Reader Comments: This is How the Future Voted; The Rest is Up to Us; Trump and Reconstruction-Era White Supremacy; Support MST School Against Brazilian Terror; and more...

Reader Comments: Bertolt Brecht's message for our times; This is How the Future Voted; The Rest is Up to Us; Racism and White Nationalism up to the election and after; FBI plot?; Trump and Reconstruction-Era White Supremacy; Support MST School Against Brazilian Terror; Healthcare Justice Conference in January - planned before the election, now even more important; and more... 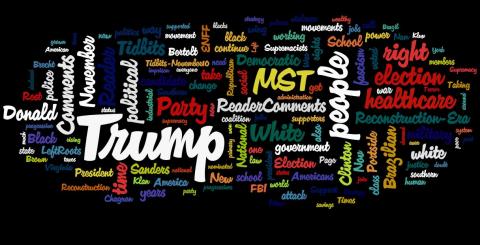 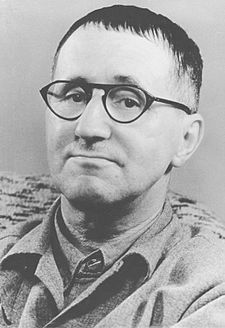 Bertolt Brecht
Picture Source: Wikimedia Commons
This is how the future voted .... 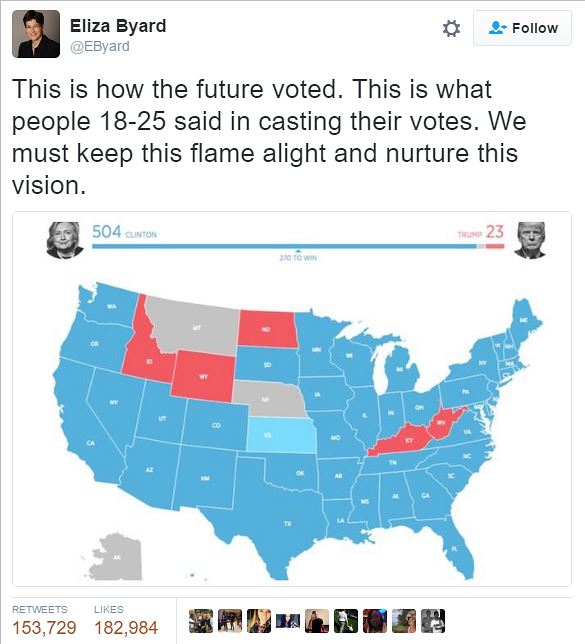 There's no way to sugarcoat it. Yesterday's election results will have disastrous consequences for healthcare justice.  A President and Congress were elected who believe that healthcare is a commodity in the marketplace rather than a fundamental human right. This will not only close the door to real reform on a national level, it will also put all current publicly administered health programs  in jeopardy.
State-based initiatives did not fare much better.  Colorado Care--which would have created a publicly financed universal healthcare system for all Coloradans--and California Proposition 61--which would have required that public agencies pay no more for pharmaceuticals than the Veterans Administration--both went down to defeat in the face of heavy spending by the medical industrial complex.
But we do not have the luxury of walking away from this fight.  Healthcare remains the greatest cause of insecurity among working class Americans. Thirty million of us are completely uninsured and millions more will be vulnerable under the new administration.  Employment-based health insurance continues to implode, causing strikes, concession bargaining and massive cost shifting onto the backs of workers.  Thousands die every year because of inadequate healthcare. Tens of thousands of families are driven into bankruptcy.
The American people are demanding bold solutions.  Overwhelming majorities continue to support Medicare for All.  Now is not the time to retreat.  We need to lead the way in opposing the austerity healthcare policies of the incoming administration with a vision of healthcare as a right for everyone in America. We need to utilize every crack and leverage point available to us to ensure that everyone gets the healthcare they need.
This January 13-15--one week before the inauguration of President Trump!--we will convene the Single Payer Strategy Conference in New York City.  We invite you to join hundreds of union and social movement activists as we begin to craft a strategy to defeat the austerity healthcare policies of the Trump administration and reinvigorate the fight for healthcare for all.
We have no choice.  If we don't present a vision of a better world--and a plan to get there--people will succumb to division, demoralization and scapegoating. We need you to join us in New York City January 13-15. Register today for the single payer strategy conference and ask your union to send a full delegation.
No doubt about it.  Times are tough. The new political establishment is going after our healthcare.  Come to New York City January 13-15 and join the resistance!
In Solidarity,
Mark Dudzic
National Coordinator, for the National Advisory Board and Steering Committee
Labor Campaign for Single Payer
2929 South Jefferson Ave.
St. Louis, MO 63118
Contact us at organizers@laborforsinglepayer.org or 201-314-2653
Condemn the Rightwing Attack and Police Raid on the Movimento Sem Terra (MST) School
November 4, 2016
LeftRoots 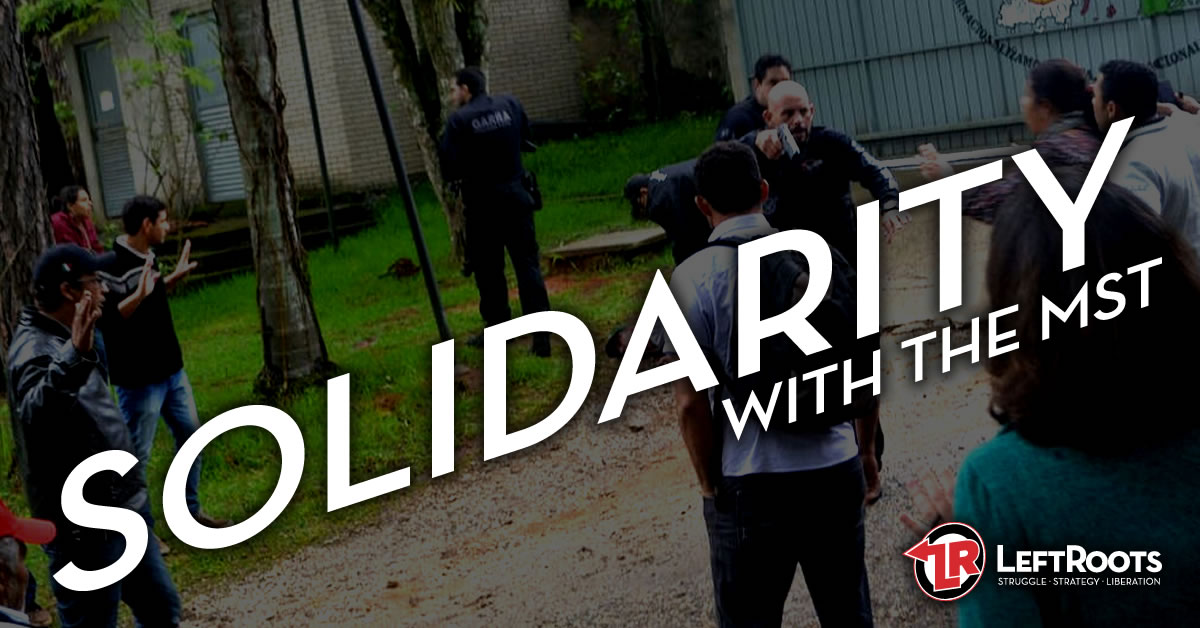 On the morning on November 4, 2016 police and military forces raided the National School Florestan Fernandes (ENFF), which is the leadership development school of the Brazilian Landless Workers Movement (MST), where social movement leaders from around the world are currently gathered to study and build together.
Three community organizers who are members of LeftRoots are currently studying with the MST at the ENFF, and we have received word from them that they are okay and were not injured in the attack.
According to reports, police raided the school at 9:25 am local time and fired live ammunition into the air. At the time of the release of this statement, police had withdrawn from the school and were posted in front of the ENFF waiting for warrants to be issued.
LeftRoots condemns this attack on the MST, which is clearly part of a growing assault on social movements and the Left by the rightwing government which took power in a coup earlier this year.
The MST plays a vital role in not only building powerful grassroots organizing for indigenous, afro-descendant, women's and poor people's land rights in Brazil, but also plays a critical role in building a strong and vibrant Social Movement Left around the world, in part by bringing together cadre in their political education school, which was the subject of this raid. We call on all progressive forces to stand with the MST and Brazilian social movements.
While we standby for more information and direction from the MST as to how they would like international allies to respond, in the meantime we are asking folks to IMMEDIATELY call the US State Department and the Brazilian Embassy to demand that the police and military stand down, stop their attack on the MST and ENFF, release any activists who have been arrested, and cease intimidation tactics against social movements and human rights activists. It is helpful to note that there are U.S. citizens studying at the ENFF, which is currently under siege, and to demand the US pressure Brazilian officials to end the repression against the MST.
Brazilian Embassy: (202) 238-2700
U.S. State Department: (202) 647-6575
- The LeftRoots National Coordinating Committee