labor Thousands of Fight for 15 Protesters Rise Up in 340 Cities Across the U.S.

The Fight for 15 has grown into one of the nation’s largest progressive movements, alongside movements by undocumented immigrants, Black Lives Matter and environmental activists fighting global warming. Beginning with fast-food workers four years ago, the Fight for 15 now includes other groups, including childcare workers, home-care aides, airport workers and adjunct professors. 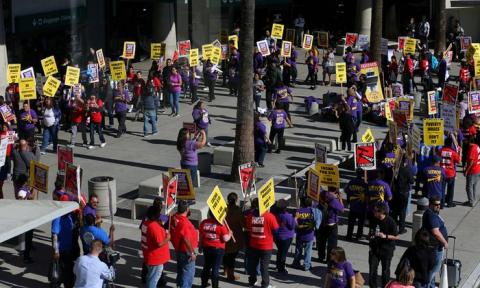