Hypocrisy Behind the Russian-Election Frenzy

The madness sweeping Official Washington and the mainstream media about alleged Russian interference in the U.S. election is pervaded by breathtaking hypocrisy, writes Robert Parry. 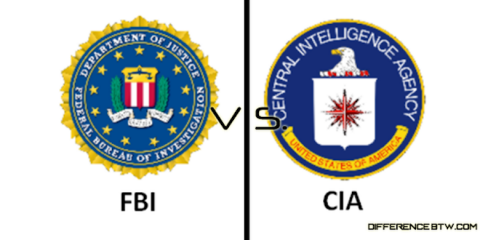 As Democrats, the Obama administration and some neocon Republicans slide deeper into conspiracy theories about how Russia somehow handed the presidency to Donald Trump, they are behaving as they accused Trump of planning to behave if he had lost, questioning the legitimacy of the electoral process and sowing doubts about American democracy.

The thinking then was that if Trump had lost, he would have cited suspicions of voter fraud – possibly claiming that illegal Mexican immigrants had snuck into the polls to tip the election to Hillary Clinton – and Trump was widely condemned for even discussing the possibility of challenging the election’s outcome.

His refusal to commit to accepting the results was front-page news for days with leading editorialists declaring that his failure to announce that he would abide by the outcome disqualified him from the presidency.

But now the defeated Democrats and some anti-Trump neoconservatives in the Republican Party are jumping up and down about how Russia supposedly tainted the election by revealing information about the Democrats and the Clinton campaign.

Though there appears to be no hard evidence that the Russians did any such thing, the Obama administration’s CIA has thrown its weight behind the suspicions, basing its conclusions on “circumstantial evidence,” according to a report in The New York Times.

The Times reported: “The C.I.A.’s conclusion does not appear to be the product of specific new intelligence obtained since the election, several American officials, including some who had read the agency’s briefing, said on Sunday. Rather, it was an analysis of what many believe is overwhelming circumstantial evidence — evidence that others feel does not support firm judgments — that the Russians put a thumb on the scale for Mr. Trump, and got their desired outcome.”

In other words, the CIA apparently lacks direct reporting from a source inside the Kremlin or an electronic intercept in which Russian President Vladimir Putin or another senior official orders Russian operatives to tilt the U.S. election in favor of Trump.

The absence of such hard evidence opens the door to what is called “confirmation bias” or analytical “group think” in which the CIA’s institutional animosity toward Russia and Trump could influence how analysts read otherwise innocent developments.

For instance, Russian news agencies RT or Sputnik reported critically at times about Democratic nominee Hillary Clinton, a complaint that has been raised repeatedly in U.S. press accounts arguing that Russia interfered in the U.S. election. But that charge assumes two things: that Clinton did not deserve critical coverage and that Americans – in any significant numbers – watch Russian networks.

Similarly, the yet-unproven charge that Russia organized the hacking of Democratic National Committee emails and the private email account of Clinton’s campaign chairman John Podesta assumes that the Russian government was responsible and that it then selectively leaked the material to WikiLeaks while withholding damaging information from hacked Republican accounts.

Second, WikiLeaks editor Julian Assange directly denies that he received the Democratic leaked emails from the Russian government and one of his associates, former British Ambassador Craig Murray, told the U.K. Guardian that he knows who “leaked” the Democratic emails and that there never was a “hack,” i.e. an outside electronic penetration of an email account.

Murray said, “I’ve met the person who leaked them, and they are certainly not Russian and it’s an insider. It’s a leak, not a hack; the two are different things.”

But even if Assange did get the data from the Russians, it’s important to remember that nothing in the material has been identified as false. It all appears to be truthful and none of it represented an egregious violation of privacy with some salacious or sensational angle.

The only reason the emails were newsworthy at all was that the documents revealed information that the DNC and the Clinton campaign were trying to keep secret from the American voters.

For instance, some emails confirmed Sen. Bernie Sanders’s suspicions that the DNC was improperly tilting the nomination race in favor of Clinton. The DNC was lying when it denied having an institutional thumb on the scales for Clinton. Thus, even if the Russians did uncover this evidence and did leak it to WikiLeaks, they would only have been informing the American people about the DNC’s abuse of the democratic process, something Democratic voters in particular had a right to know.

And, regarding Podesta’s emails, their most important revelation related to the partial transcripts of Clinton’s paid speeches to Wall Street banks, the contents of which Clinton had chosen to hide from the American people. So, again, if the Russians were involved in the leak, they would only have been giving to the voters information that Clinton should have released on her own. In other words, these disclosures are clearly not “fake news” – the other hysteria now sweeping Official Washington.

In the mainstream news media, there has been a clumsy effort to conflate these parallel frenzies, the leak of “real news” and the invention of “fake news.” But investigations of so-called “fake news” have revealed that these operations were run mostly by young entrepreneurs in places like Macedonia or Georgia who realized they could make advertising dollars by creating outlandish “click bait” stories that Trump partisans were particularly eager to read.

So, what’s perhaps most telling about the information that the CIA has accused Russia of sharing with the American people is that it was all “real news” about newsworthy topics.

What Threat to Democracy?

So, how does giving the American people truthful and relevant information undermine American democracy, which is the claim that is reverberating throughout the mainstream media and across Official Washington?

Presumably, the thinking is that it would have been better for the American people to have been kept in the dark about these secret maneuverings by the DNC and the Clinton campaign and, by keeping the public ignorant, that would have ensured Clinton’s election, the preferred outcome of the major U.S. news media.

There’s another double standard here. For instance, when a hack of — or a leak from — a Panamanian law firm exposed the personal finances of thousands of clients, including political figures in Iceland, Ukraine, Russia and other nations, there was widespread applause across the Western media for this example of journalism at its best.

The applause was deafening despite the fact that at least one of the principal “news agencies” involved was partly funded by the U.S. government. The Organized Crime and Corruption Reporting Project (OCCRP), a USAID-backed non-governmental organization, also was earlier involved in efforts to destabilize and delegitimize the elected Ukrainian government of President Viktor Yanukovych.

“Corruption” allegations against Yanukovych – pushed by OCCRP – were integral to the U.S.-supported effort to organize a violent putsch that drove Yanukovych from office on Feb. 22, 2014, touching off the Ukrainian civil war and – on a global scale – the New Cold War with Russia.

Yet, in the case of the “Panama Papers” or other leaks about “corruption” in governments targeted by U.S. officials for “regime change,” there are no frenzied investigations into where the information originated. Regarding the “Panama Papers,” there was simply back-slapping for the organizations that invested time and money in analyzing the volumes of material. And there were cheers when implicated officials were punished or forced to step down.

So, why are some leaks “good” and others “bad”? Why do we hail the “Panama Papers” or OCCRP’s “corruption evidence” that damaged Yanukovych – and ask no questions about where the material came from and how it was selectively used – yet we condemn the Democratic email leaks and undertake investigations into the source of the information?

In both the “Panama Papers” case and the “Democratic Party leaks,” the material appeared to be real. There was no evidence of disinformation or “black propaganda.” But, apparently, it’s okay to disrupt the politics of Iceland, Ukraine, Russia and other countries, but it is called a potential “act of war” – by neocon Sen. John McCain, R-Arizona – to reveal evidence of wrongdoing or excessive secrecy on the part of the Democratic Party in the United States.

Shoe on the Other Foot

Russian President Putin, while denying any Russian government attempt to tilt the election to Trump, recently commented on the American hypocrisy about interfering in other nations’ elections while complaining about alleged interference in its own or those of its allies. He described a conversation with an unnamed Western “colleague.”

Putin said, “I recently had a conversation with one of my colleagues. We touched upon our [Russian] alleged influence on some political processes abroad. I told him: ‘And what are you doing? You have been constantly interfering in our political life.’ And he replied: ‘It’s not us, it’s the NGOs’. I said: ‘Oh? But you pay them and write instructions for them.’ He said: ‘What kind of instructions?’ I said: ‘I have been reading them.’”

Whatever one thinks of Putin, he is not wrong in describing how various U.S.-funded NGOs, in the name of “democracy promotion,” seek to undermine governments that have ended up on Official Washington’s target list.

And another aspect of the hypocrisy permeating Official Washington’s belligerent rhetoric directed toward Russia: Aren’t the Democrats doing exactly what they accused Trump of planning to do if he had lost the Nov. 8 election, i.e., question the legitimacy of the results and thus undermine the faith of the American people in their democratic system?

For days, Trump’s unwillingness to accept, presumptively, the results of the election earned him front-page denunciations from many of the same mainstream newspapers and TV networks that are now trumpeting the unproven claims by the CIA that the Russians somehow influenced the election’s outcome by presenting some Democratic hidden facts to the American people.

Yet, this anti-Russian accusation not only undermines the American people’s faith in the election’s outcome but also represents a reckless last-ditch gamble to block Trump’s inauguration – or at least discredit him before he takes office – while using belligerent rhetoric that could push Russia and the United States closer to nuclear war.

Wouldn’t it be a good idea for the CIA to at least have hard evidence before the spy agency precipitated such a crisis?

Investigative reporter Robert Parry broke many of the Iran-Contra stories for The Associated Press and Newsweek in the 1980s.