In collaboration with the Garment Worker Center and UCLA Occupational Safety and Health (UCLA LOSH), the UCLA Labor Center just released Dirty Threads, Dangerous Factories: Health and Safety in Los Angeles’ Fashion Industry. The study finds that fast fashion, an approach that moves garments from design to shelf at an accelerated pace, leads to dangerous working conditions for garment workers. 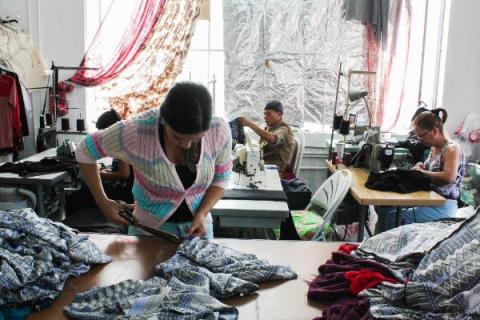 Los Angeles houses the largest cut and sew apparel base in the U.S. and is the center of the country’s garment manufacturing industry. While a number of recent studies have focused on the wage and hour labor experiences of California’s garment workers, there has been an absence of research investigating the health and safety conditions of this workforce in Los Angeles. A new report, Dirty Threads, Dangerous Factories: Health and Safety in Los Angeles’ Fashion Industry is a direct response to the concerns expressed by garment workers and worker advocates and provides insights into the health, safety and environmental conditions of this sector.

Among other findings, the study finds:

Report authors recommend new citywide standards to fill gaps in worker protections and call for retailers to be held responsible not only for wage theft and wage hour violations but also for unhealthy and unsafe workplace violations. The report was based upon 307 surveys with garment workers in 2015. Every worker surveyed was employed in a Los Angeles-based apparel manufacturing shop at the time of inquiry.

This report was written in collaboration with the Garment Worker Center (GWC) and UCLA Labor Occupational Safety and Health (UCLA LOSH).

Hanging by a Thread! Los Angeles Garment Workers’ Struggle to Access Quality Care for their Children