In response to President Donald Trump's executive order to advance construction of the stalled Dakota Access Pipeline, tribal opponents say they will fight a restart of the project in court. While President Trump issued an executive order Tuesday intended to advance construction of the Dakota Access Pipeline, restarting the stalled project may not be simple. 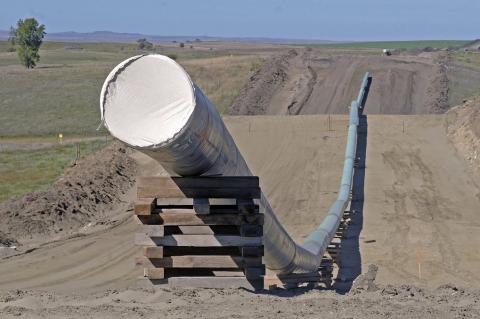 A section of the Dakota Access Pipeline under construction near the town of St. Anthony in Morton County, N.D., in September 2016., Tom Stromme / The Bismarck Tribune via AP // The Seattle Times

Jan Hasselman, attorney for the Standing Rock Sioux Tribe in North Dakota, said Tuesday the tribe would push back with a lawsuit defending the decision by the U.S. Army Corps of Engineers to undertake a full environmental-impact review that includes looking at alternative routes for the 1,100-mile oil pipeline through four states.

The tribe has opposed the pipeline out of concern a spill could pollute drinking water in the Missouri River and threaten Native American cultural sites. 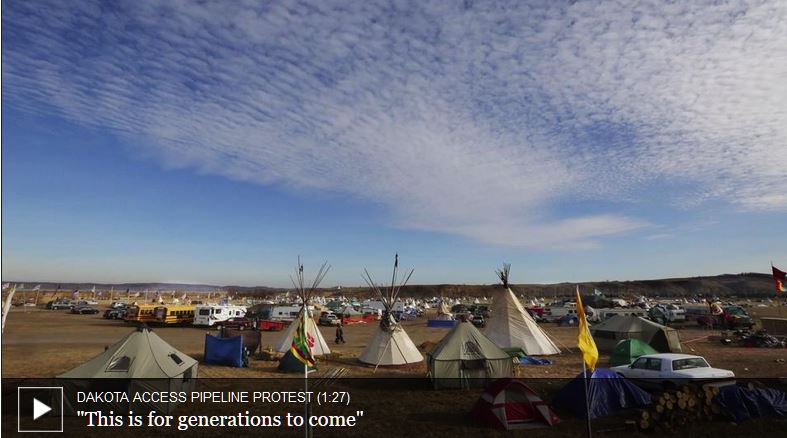 Roy Murphy, of the Muckleshoot tribe, on why he is protesting with the Standing Rock Sioux Tribe against the Dakota Access Pipeline in North Dakota.
credit: Alan Berner / The Seattle Times
Listen here.
The tribe quickly issued a statement in response to Trump’s executive action, declaring the order a violation of its treaty rights and the rule of law.
"The Trump Administration's politically motivated decision violates the law and the Tribe will take action to fight it," Tribal Chairman Dave Archambault II said in a prepared statement.
The Corps withheld action on the easement late last year and instead called for an environmental review that could take more than a year.
The pipeline company, Energy Transfer Partners, needs an easement from the Corps to complete the final crossing under the river. Trump's executive order asked the review be expedited and also that the Corps consider rescinding the decision to undertake the environmental review and just issue the easement.
If the easement is granted, construction on the crossing could begin and continue unless a court took action to stop it. The necessary work takes about two weeks, working 24 hours shifts. But the job could take far longer - or not get started at all - depending on court decisions.
Crews are already in hotels waiting to get to work, and all equipment is on site to begin the job, a source close to the project said.
The drill pad for the crossing is secured behind multiple barriers, and police are promising a stiff resistance to interference. The Morton County Sheriff's Office also has requested assistance from the federal government to provide an increased police presence if necessary.
"I would like to remind any protesters to please remain peaceful and lawful in your actions," Morton County Sheriff Kyle Kirchmeier said in a prepared statement. "Protesters have a right to take a position on the pipeline, but they do not have the right to break the law. To introduce rule of law within the camp, we will be asking the Trump administration for much-needed law enforcement support and public safety resources."
The tribes called for demonstrators to leave last week out of concern for their safety because of predicted seasonal flooding of the river near the area of the camps.
However, Trump's long-anticipated action to restart the project will likely attract more opponents to North Dakota.
The fight against the pipeline became an international cause, drawing opponents to the area from around the nation and world, including many members of Washington state tribes with experience battling fossil-fuel projects in the Pacific Northwest.
The company could not immediately be reached for comment.
Even if the pipeline is completed, the fight still isn't over, Hasselman said. A court could stop the flow of oil in a finished project, he noted.
Archambault said in a phone interview Tuesday the tribe is considering all its options.
"We are trying to focus on what we can do legally, and politically, to get our voices heard."