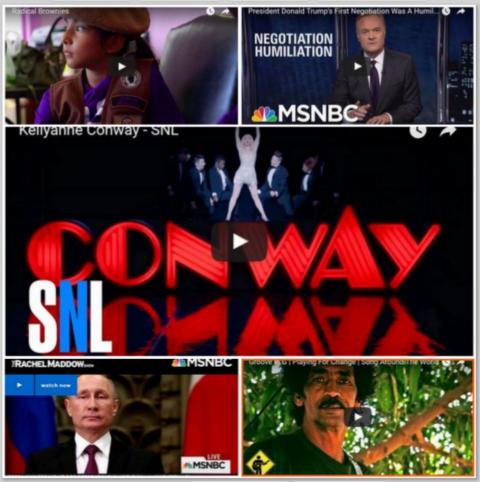 To view a video, click on an image below,
President Donald Trump's First Negotiation Was A Humiliation 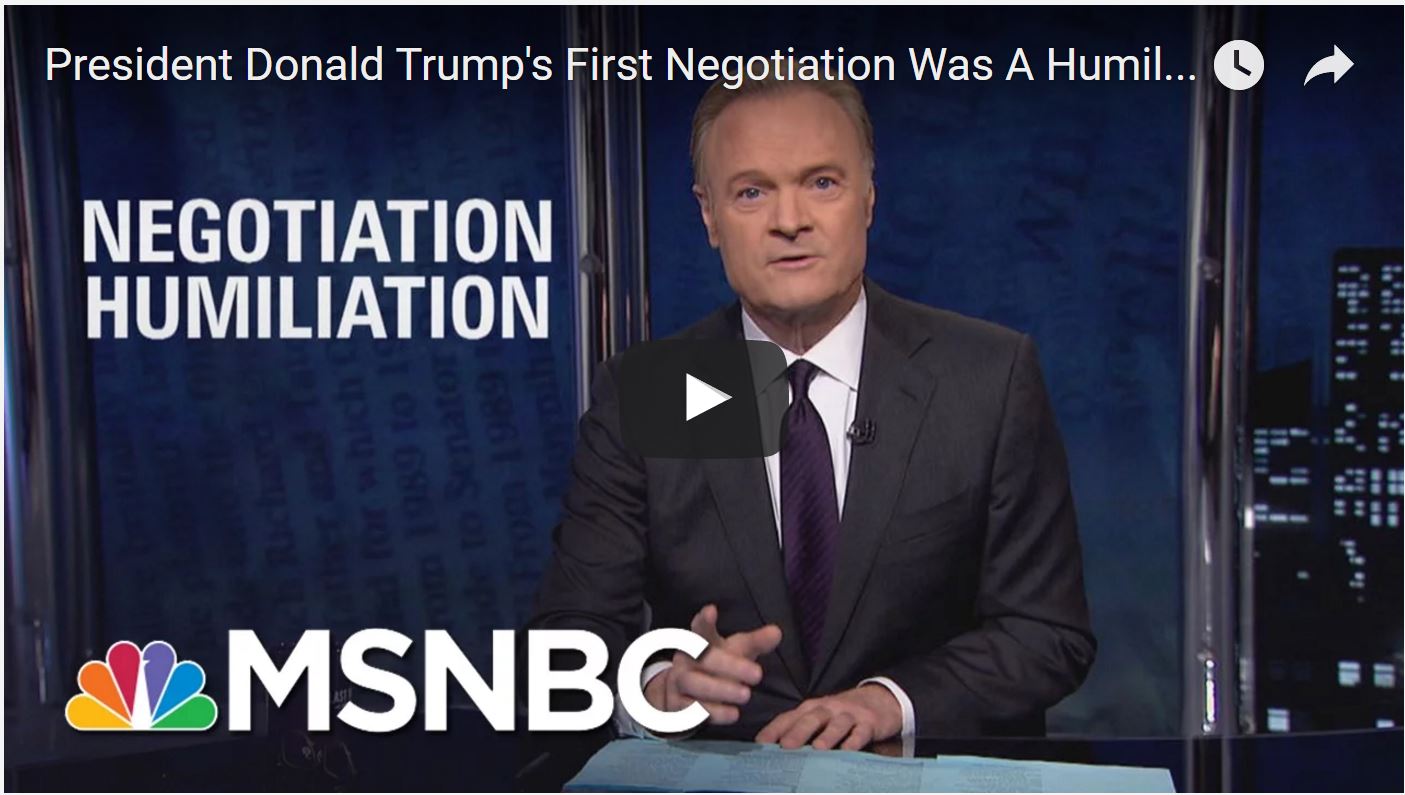 Lawrence O'Donnell explains why Mexican President Peña Nieto's decision to not attend a scheduled meeting with Pres. Trump over the border wall is Trump's first humiliation on the global stage and sends a message to other world leaders about future negotiations.
Musical Internationalism | Groove in G 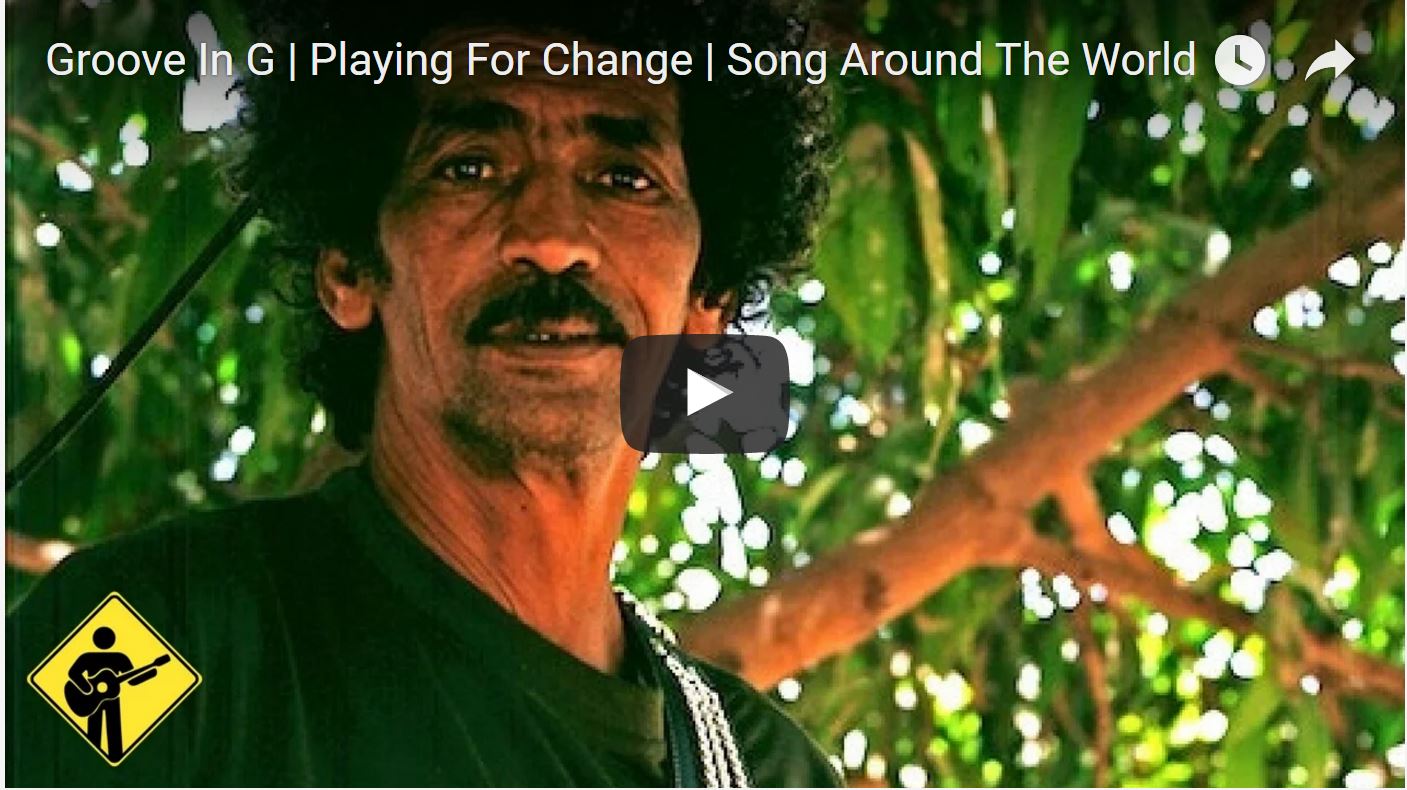 Starting with musical group Tinariwen in West Africa, Playing for Change traveled the world asking musicians to add to the song. A groove in the key of G transformed into a global jam with its roots in the blues.
Radical Brownies 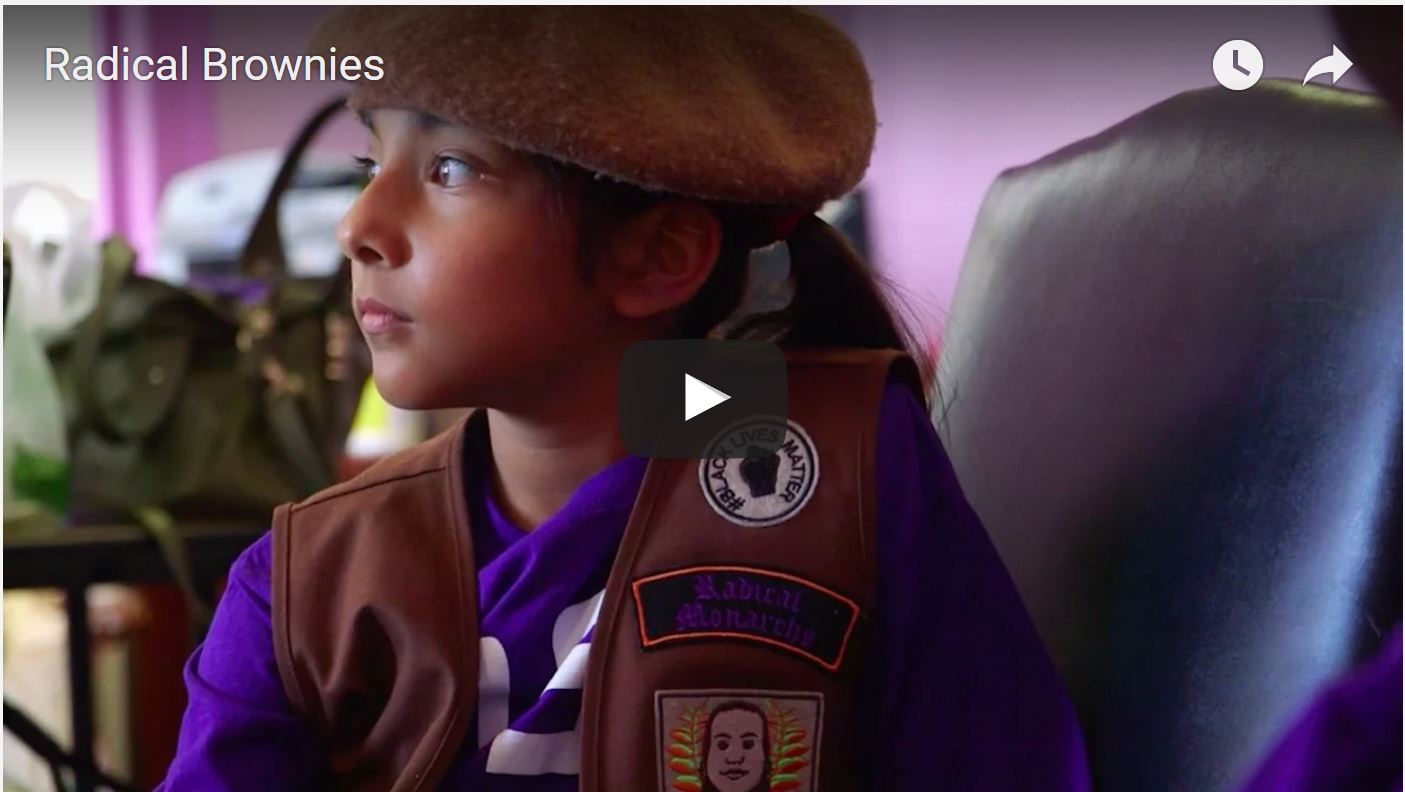 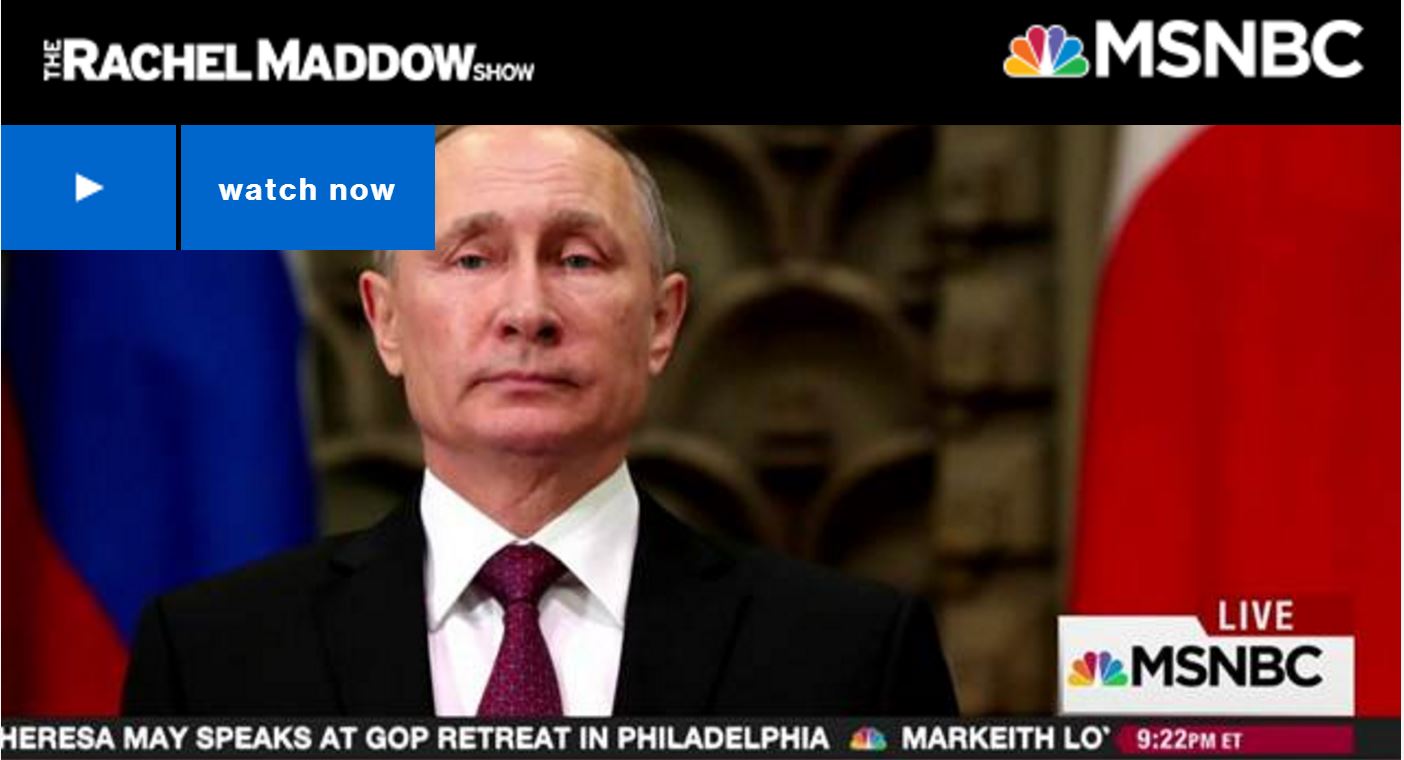 Rachel Maddow reports on concerns about Russia's influence over Donald Trump, and the likelihood that Russia's arrests of FSB members for treason is confirmation of some part of recent U.S. intelligence releases about Russia.
Kellyanne Conway - SNL 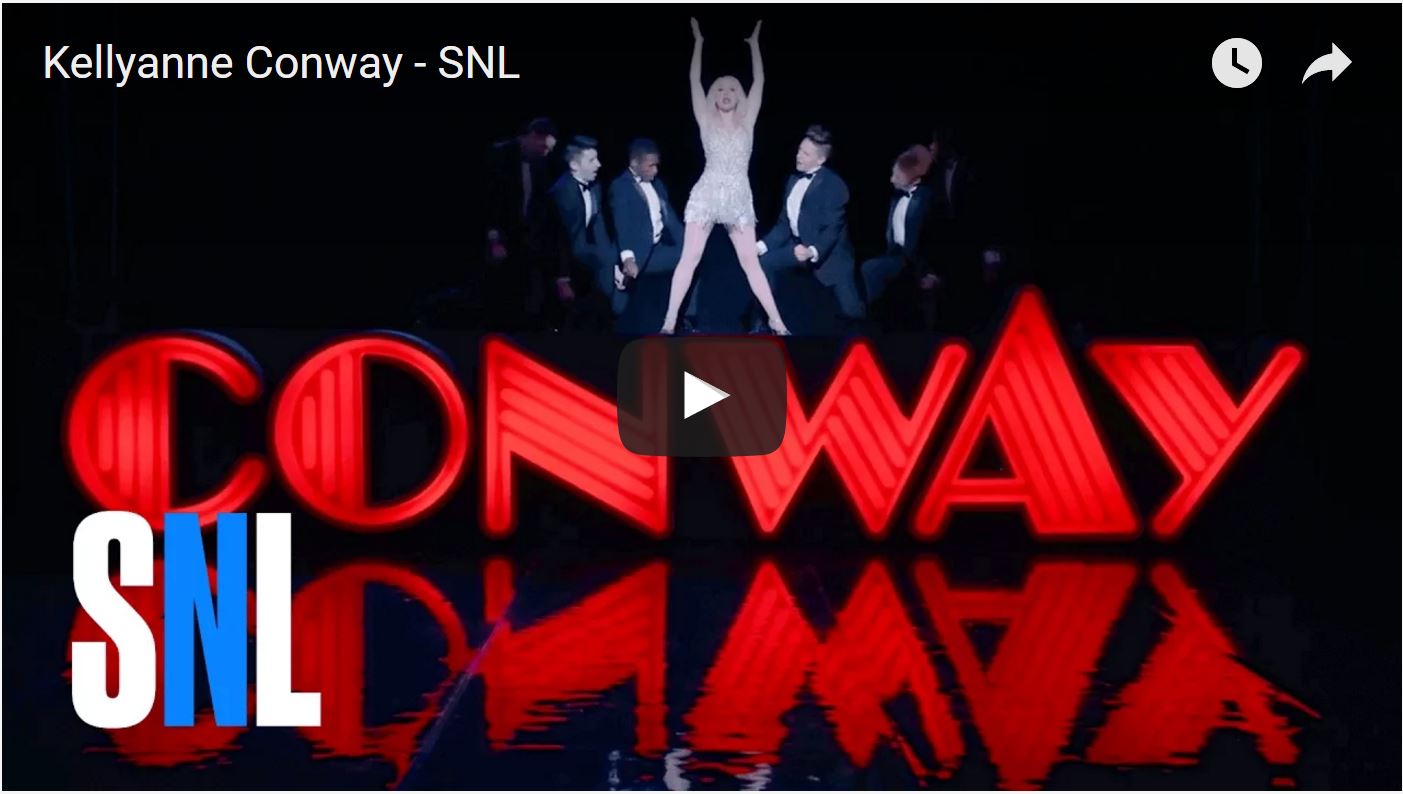