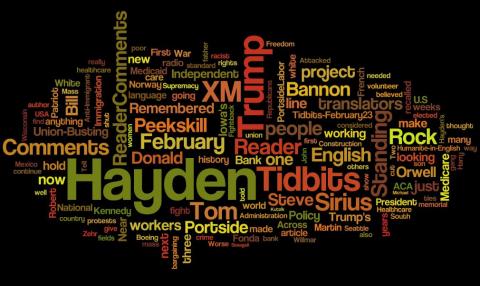 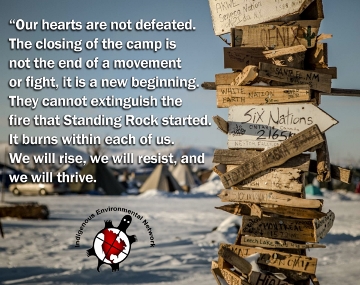 Media Contacts:
Jade Begay, jade@ienearth.org, 505-699-4791
Nina Smith, nina@megaphonestrategies.com, 301-717-9006
CANNON BALL, N.D.-- At  2 pm CT on February 22, 2017, water protectors at the Oceti Sakowin camp were evicted by the Army Corps of Engineers. Despite efforts from camp leaders requesting more time to clean up the camp, the Army Corp remained firm with its plans to vacate the camp. The Army Corp claims jurisdiction of the land that the camp is located on even though the land is within the unceded Fort Laramie Treaty land and territories.
Individuals who voluntarily left camp prior to 2 o'clock had the choice to take a bus to be transported to an evacuation center, or relocate to other campsites outside of the eviction zone. Water protectors remaining in the camp now face risk of arrest.
There are three other campsites in the area for water protectors to relocate to: Sacred Stone, Cheyenne River, and 7th Generation camps.
Various law enforcement jurisdictions were on site including Morton County Sheriff's, North Dakota State Highway Patrol and the North Dakota National Guard and National Park Service Rangers. The Bureau of Indian Affairs Law Enforcement established a traffic checkpoint and barricade on Standing Rock Sioux Tribe reservation land, on Highway 1806, to the south of the Cannonball River bridge.
The following is a statement by Tom Goldtooth, the Executive Director of the Indigenous Environmental Network:
"We are appalled by today's forced evacuations of indigenous people at the Camp at Standing Rock, they are a violent and unnecessary infringement on the constitutional right of water protectors to peacefully protest and exercise their freedom of speech. It hinders the camp cleanup process and creates confusion and chaos that puts the Missouri River at risk of pollution from construction and camping debris.
"Today's expulsion is a continuation of a centuries old practice, where the U.S. Government forcefully removes Indigenous people from our lands and territories. We urge supporters of the water protectors to continue to resist this travesty by organizing mass mobilizations, distributed actions, speaking out against the violations of the Treaty rights of the Standing Rock Sioux Tribe and the Seven Council Fires of the Great Sioux Nation, and continuing to source up the capacity for litigation and grassroots organizing against the Dakota Access pipeline.
"Our hearts are not defeated. The closing of the camp is not the end of a movement or fight, it is a new beginning. They cannot extinguish the fire that Standing Rock started. It burns within each of us. We will rise, we will resist, and we will thrive. We are sending loving thoughts to the water protectors along the banks of the Cannonball River, today. May everyone be as safe as can be. #noDAPL" .
The Indigenous Environmental Network
PO Box 485
Bemidji, MN 56619
Re: Peekskill Blues: Sounds of Fascism
Fascinating article explores history, race, theater, music, and more, woven in a smart analytical framework.
East Side Freedom Library
Posted on Portside's Facebook page
====
Paul Robeson (Born to be Free)--Black 47 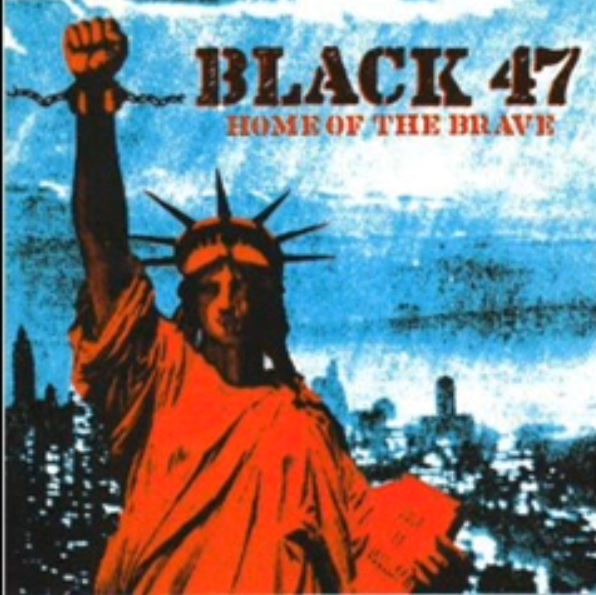 To sign petition, click here.
Donald Trump has waged war against our most fundamental human rights. Behind this white supremacist, xenophobic and dangerous agenda is Steve Bannon, founder, and the host of Breitbart Daily News, a show made possible with by profitable partnership with Sirius XM Satellite Radio.
Join us in telling Sirius XM to shut down Patriot XM radio and cut all ties with Steve Bannon!

Before Steve Bannon masterminded Donald Trump's way into the White House, he tried to get Sarah Palin elected in 2012. He used Sirius XM Patriot station to promote a documentary he made about her, going on air praising her for pushing the "death panel myth" in 2009- a blatant lie that the Affordable Care Act incentivizes doctors to encourage patients "not worthy of healthcare" to make plans for death. Bannon made the documentary to rehabilitate Palin's damaged reputation so that she could run for President. When that did not work, he set his sights on Trump, now equipped with a conservative radio enterprise to control the narrative.
SiriusXM Vice President for news and talk Dave Gorab called Steve Bannon's Breitbart News Daily "the conservative news show of record."
Sirius XM, Stop promoting racist lies and enabling Donald Trump's administration!.
Like all racists, Steve Bannon depends on lies to advance his agenda. Full of contradictions, Bannon portrays himself "a defender of working people against 'the corporate elites'", even though he is a corporate powerbroker with a Harvard Business School MBA and professional and personal ties to the likes of Goldman Sachs.
Anyone who is elected to serve in a position of political leadership must, as a standard, be honest and accountable. Liars need not apply. Accountability is also what we expect of companies who rely on monthly subscribers to report a profit to their shareholders every quarter.
We are demanding that Sirius XM shut down Patriot radio and cut ties with Steve Bannon. We refuse to be ignored, and like Uber, we can and will hold any for-profit entities enabling Donald Trump accountable to a new standard.
Join me in urging Sirius XM radio to shut down XM Patriot station and keep white supremacy off the air!
Thank you,
Chris Pearce, a Sirius XM subscriber

Humanité-in-English is looking for volunteer translators

Dear colleagues,
French>English translators and proof-readers, All who are interested in the idea of getting involved in an ongoing media translation project. Teachers of English as a second language, English teachers with a good knowledge of French, and many more...
Since January 2004, the French daily newspaper, L'Humanité has an on-line English language version of selected articles. We invite you to visit this English version. This project is produced by a team of translators from across the world (USA, Canada, UK, Cameroon, France, Japan, Russia, etc.) and a webmaster who is coordinating the process closely with L'Huma.
All of us who are working on this project are doing this as volunteers, with the desire to make L'Huma reporting available to English-speaking readers. In order for our project to continue to develop, we need to enrich our team with the active support of colleagues (volunteers) specialized in translation or revision of English - such as teachers of English as a second language, or as a mother tongue, if they also have a good knowledge of French). We also believe that this would be a valuable experience for those who are intending to pursue a career in media-translation.
Since 2004, we have developed a "community" of "friendly progressive translators", commenting on each other's translations, providing help when needed and actively revising each other's texts.
If you find this project potentially interesting, please reply by email to me at the address below.
We will get back rapidly to all who contact us to let you know more precisely how we operate, and the next step if you find out project tempting.
We thank you in advance for your interest in this democratic and voluntary collaboration in our project.
Sincerely
Hervé Fuyet,
Coordinator,
L'Humanité in English
fuyet@humaniteinenglish.com
Meanwhile, why not check though our site - we have published some thousands of articles on a wide variety of themes.
P.S. We are always looking for new translators! 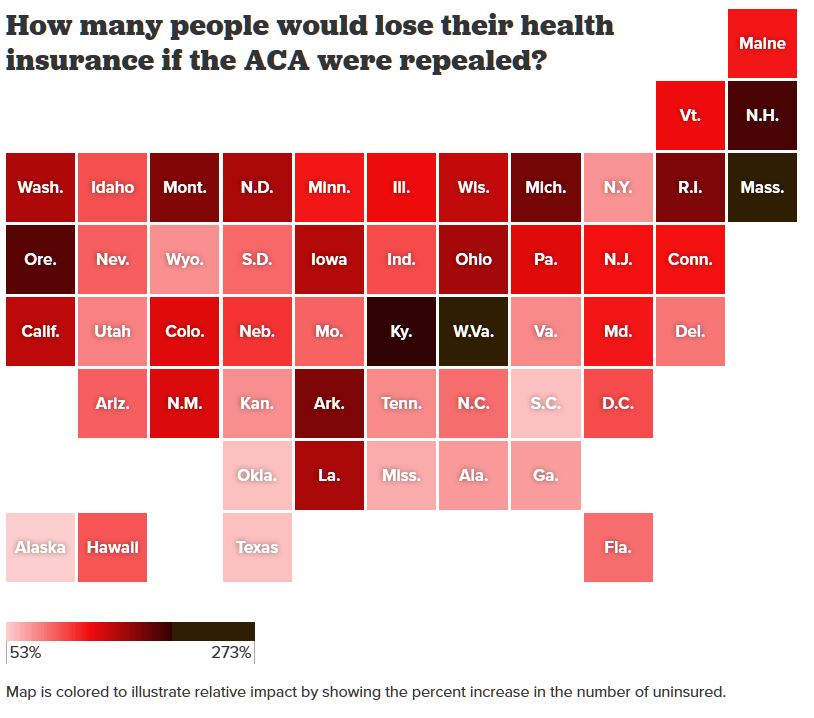 Click here to view map data.
Losing jobs
Losing health insurance would also be devastating for family finances and hurt the economy. By helping pick up the tab for individual insurance and expanding coverage on Medicaid, the ACA has helped millions of Americans afford their care. If this support were withdrawn, people would have less money to spend on other basic necessities like food and rent. Fewer dollars spent at grocery stores and other businesses means 1.2 million jobs would be lost. 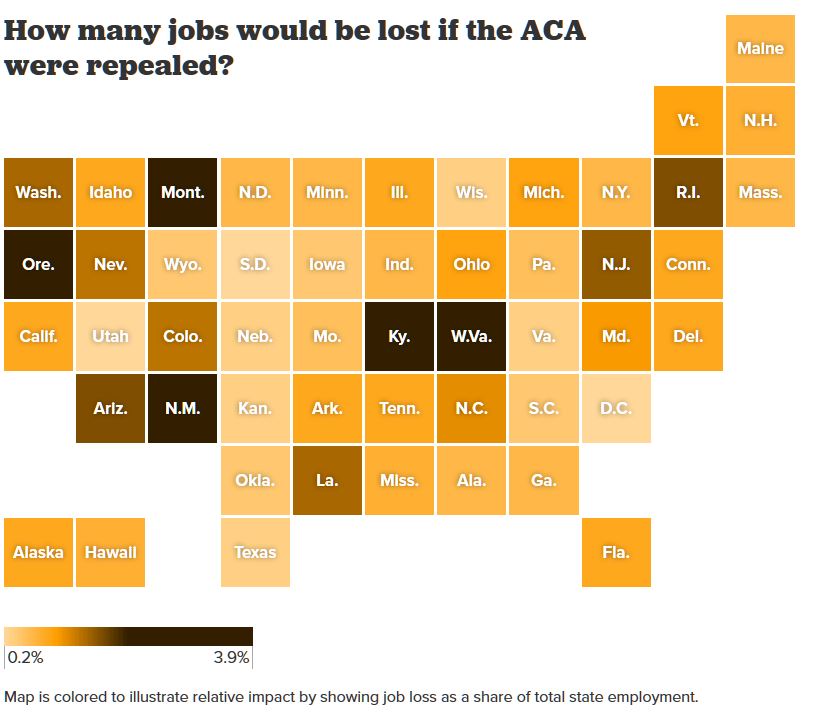