These workers know from bitter experience that CEOs don’t have their best interests in mind. They know the problem with the TPP and NAFTA is that they were drafted by CEOs for the benefit of CEOs and 1 percenter shareholders. Workers never got an equal seat at the negotiating tables.They know that Donald Trump listened to 24 CEOs on Thursday but not one manufacturing worker. 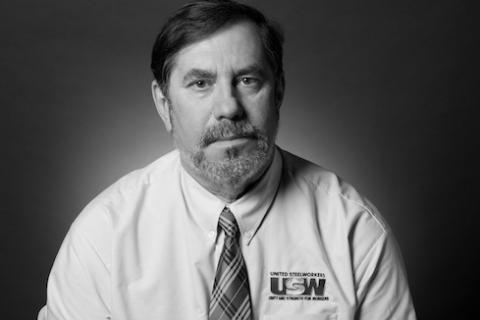 President Donald Trump met with a bunch of CEOs at the White House last week, prompting the same old, tired and untrue round of assertions that America lost millions of manufacturing jobs because of automation, regulation, illegal immigration and lack of education.

The real culprit is globalization – fostered by a series of bad trade deals. That’s not what the CEOs talked about, though, mainly because a huge portion of them already have moved factories from America to low-wage, high-pollution countries.

Bad trade is, however, what President Trump talked about constantly on the campaign trail. He repeatedly assured cheering crowds he would stop corporations from offshoring factories. A new report from the Information Technology & Innovation Foundation proves his diagnosis was right – bad trade caused the vast majority of the job losses. He was right when he said the proposed Trans-Pacific Partnership (TPP) trade deal and NAFTA had to go. Offshoring CEOs are trying to bamboozle the administration about the cause of job loss to prevent President Trump from keeping his promises to industrial workers.

And those CEOs are wrong about automation. Robots didn’t do it. They didn’t kill 5.7 million manufacturing jobs between 2000 and 2010. That’s the bottom line in research published this month by Adams Nager, an economic policy analyst for the Information Technology & Innovation Foundation and in another report by economists Lawrence Mishel and Heidi Shierholz of the Economic Policy Institute.

During that decade of lower productivity, manufacturing job losses were 10 times greater than during the 1990s. Those massive losses could be attributed to robots only if productivity had risen dramatically.

Mishel and Shierholz put it this way in their report: “We need to give the robot scare a rest. Robots are not leading to mass joblessness and are not the cause of wage stagnation or growing wage inequality.”

Undocumented immigrants didn’t take those lost manufacturing jobs either. Those jobs disappeared from the United States. No one in America has them, documented or undocumented. In addition, the vast majority of undocumented aliens work in low-paid agricultural, cleaning and food service jobs, and their share of the work force has declined since 2007, according to the Pew Research Center.

Regulation-kills-jobs is another trope CEOs cite incessantly. They brought it up again in their meeting Thursday with President Trump. They want to neglect their duty to protect air and water from toxic industrial pollutants. They want to disregard the health and safety protections established to prevent workers from dying on the job or from job-induced illnesses. And they certainly want to ignore the safeguards that enable workers to organize and collectively bargain for better wages, benefits and working conditions.

The government, they contend for example, has no right to oversee corporate use of toxic chemicals that can kill workers and neighboring community members because those protections cut into profitability. To CEOs, it’s always profits before people.

In addition, CEOs say American workers are just too stupid to work in manufacturing. Some CEOs told Trump there are hundreds of factory job openings, but not enough qualified workers to fill them.

One CEO complained, for example, that most high school graduates lack the math and English skills necessary for his company’s apprenticeship.

These CEOs didn’t offer to provide the remedial skills. They didn’t step forward to pay for the training they say workers don’t have. They want the government – that is taxpayers – to foot the bill. That is the same taxpayers who CEOs say should not get government protection from toxic manufacturing chemicals.

If CEOs would raise the pay for manufacturing work, more workers might be willing to invest in training themselves. Most of those high school graduates who the CEOs derided possess sufficient math skills to perform the cost-benefit analysis on self-training. They have figured out that paying $25,000 to $100,000 in tuition to a technical school to get a low-pay, no-benefits job that a corporation may ship offshore at any time does not add up.

These workers, unlike the CEOs, know the truth. They know what killed their jobs. It was bad trade deals and violations by exporting countries like China. They saw the likes of Carrier, Caterpillar and Dana, whose CEOs attended Trump’s manufacturing meeting Thursday, close American factories and open them in other countries. They know that many countries, but particularly China, disregard international trade regulations then dump artificially underpriced products on the American market, killing U.S. manufacturing jobs.

The Information Technology & Innovation Foundation study provides the statistics to back up workers’ experience. “It is important to recognize how global competition contributed to upwards to two-thirds of the manufacturing jobs lost from 2000 to 2010,” the author Adam Nager, wrote. During that time, he said, “China ramped up its mercantilist policies – from currency manipulation to forced intellectual property transfers and government subsidies – all of which hurt U.S. manufacturing employment.” All of which also violate trade rules.

The day after his meeting with CEOs, President Trump repeated the promise he made many times on the campaign trail: “the forgotten men and women of America will be forgotten no more.” This was compelling to manufacturing workers who had lost their jobs and felt their plight was ignored.

But these workers know from bitter experience that CEOs don’t have their best interests in mind. They know the problem with the TPP and NAFTA is that they were drafted by CEOs for the benefit of CEOs and 1 percenter shareholders. Workers never got an equal seat at the negotiating tables.

They know that Donald Trump listened to 24 CEOs on Thursday but not one manufacturing worker.

Just like with TPP and NAFTA, it matters who is giving advice. Just like with bogus trickle-down economics, the advice given by CEOs doesn’t trickle down to benefit workers on the line. It only bubbles up to line executives’ pockets.

Workers need a seat at the table when the new rules for trade and restoring American manufacturing are written.

Leo Gerard is the president of the United Steelworkers International union, part of the AFL-CIO. Gerard, the second Canadian to lead the union, started working at Inco's nickel smelter in Sudbury, Ontario at age 18.