labor Solidarity with Palestine is not Hate Speech, says Cosatu

A South African court ruled that the trade union federation Costau is guilty of hate speech and anti-Semitism because of its support of Palestinian rights. The union denounced the ruling as an attack against workers’ rights to offer solidarity, freedom of expression and the struggle for justice and dignity for all. 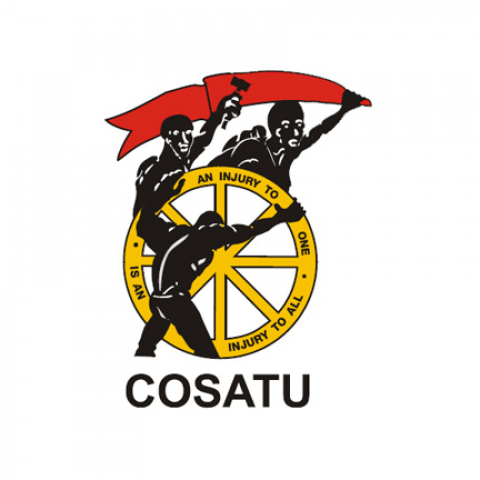 SOUTH AFRICAN trade union centre Cosatu will appeal against a High Court ruling that the federation and its international secretary Bongani Masuku are guilty of anti-semitism and hate speech, it confirmed yesterday.

The ruling was handed down by Judge Seun Moshidi on June 29 at the South Gauteng High Court in Johannesburg.

Cosatu accepted the advice of its lawyers that “this judgement, if left unchallenged, will have a negative effect on … freedom of speech on contentious political issues which Cosatu, unions and civil society organisations engage in regularly.”

Rather than simply a trial of Cosatu and its international secretary, it was “effectively a trial against workers’ rights to offer solidarity, freedom of expression and the struggle for justice and dignity for all.”

Cosatu noted “the proud record of heroic Jews in our ranks who selflessly fought against apartheid,” including Joe Slovo, who served as chief of staff of liberation movement armed wing uMKhonto we Sizwe, and Dennis Goldberg, who was convicted at the Rivonia trial with Nelson Mandela and others and sentenced to life imprisonment.

Cosatu declared that these “and many other great stalwarts of our revolution will forever inspire our struggle for full equality, freedom and justice for all.”

South Africa’s revolutionary trade union centre made clear when the legal case was opened against it that it was “effectively on trial for its international solidarity and specifically its support for the Palestinian people.”

When Israel launched its war on Gaza in 2009, which slaughtered over 1,400 Palestinians, including 300 children, Cosatu led many protests against those barbaric attacks, standing alongside wide sections of civil society, including progressive members of South Africa’s Jewish community.

The African National Congress decided at its policy conference in Johannesburg last week to push for demotion of the South African embassy in Israel to liaison office status in protest at the country’s obstruction of Palestinian national rights.