On June 23rd, EPA Administrator Scott Pruitt expressed that a proposal to repeal the Clean Water Rule enacted in 2015 would be sent out by the EPA and Army Corps of Engineers. This proposed repeal would not only bring back the confusion and discord over what exactly the Clean Water Act protects, but would make it easier for polluters to contaminate the nation's waters. 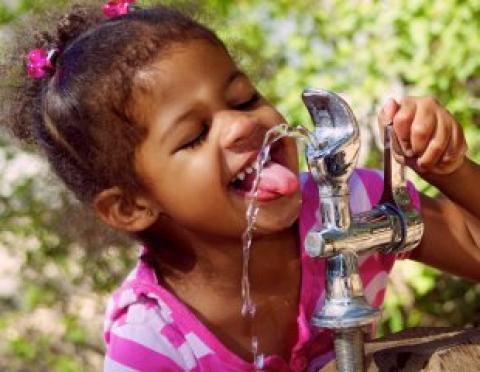 The U.S. Environmental Protection Agency is reportedly issuing a proposed rule to undo the Clean Water Rule that was enacted in May 2015, under President Obama’s last term. The rule protects the water supply for more than 117 million Americans.

Also known as the Waters of the United States (WOTUS), the Clean Water Rule puts limits on pollution in the wetlands, rivers and streams that feed the nation's larger waterways. Those limits are essential for protecting the safety of the drinking water on which millions of American rely.

The rule also safeguards those waters for swimming, fishing and other activities. In addition, the rule helps to maintain the biological integrity of those smaller waterways, in turn protecting wildlife by keeping aquatic ecosystems healthy.

When the rule was issued, the EPA and the Army Corps of Engineers resolved decades of legal debate among politicians, environmentalists and public health advocates, saying that smaller waterways across the nations—tens of millions of acres of wetlands and thousands of streams—actually qualify for legal protection under the Clean Water Act, the primary federal law that protects communities and ecosystems from water pollution. Since then, Senate Republicans have made several failed attempts to overturn the rule, arguing that the rule gives undue authority to the federal agencies.

Now President Trump has made the GOP's wish a reality, by signing an executive order directing the EPA and the Army Corps to begin the process of repealing the Clean Water Rule, with the ultimate goal of completely eliminating it.

On Tuesday, EPA Administrator Scott Pruitt expressed that a proposal to repeal the rule would be sent out by the two agencies. Today’s proposed repeal would not only bring back the confusion and discord over what exactly the Clean Water Act protects, but would make it easier for polluters to contaminate the nation's waters.

Thaddeus Lightfoot, a partner at the international law firm Dorsey & Whitney who has nearly three decades experience practicing environmental law, cautioned that this is neither a clear victory for the rule's opponents, nor a clear loss for its supporters. "The WOTUS rule has been under a judicially-imposed nationwide stay since shortly after it was promulgated and cannot be “withdrawn” by congressional testimony," he said in a statement to press.

Lightfoot pointed out that even Trump's executive order acknowledged that the President cannot rescind or revise the rule, a procedure that he said "could take years." However, while he said that Pruitt’s statement itself "has no immediate legal effect," he acknowledged the move is "significant because it further signals the Administration intends to significantly reduce the jurisdiction scope of the Clean Water Act," and that any replacement of the WOTUS rule would be "subject to challenge in the courts."

Still, the Trump administration's actions today have drawn fresh battle lines. In an email, Gene Karpinski, president of the League of Conservation Voters, warned that they represent Trump's "first step towards gutting the Clean Water Act itself and the 44 years of water protections that go with it." He added, "By repealing the Clean Water Rule, Trump will once again put polluter profits ahead of the needs of our communities, businesses, and environment. This is an assault on basic protections for clean water and a massive waste of time and taxpayer money that puts millions at risk."

“In yet another clear signal that the Trump administration cares little for the health and safety of communities across the United States, the EPA is reportedly issuing a proposed rule to undo the Clean Water Rule that was enacted under Obama’s last term," said Wenonah Hauter, executive director of Food & Water Watch, in an email. "With each day in office, Trump is firmly cementing his place in history as the worst environmental president to ever hold office."

The legal challenge against President Obama's rule has been led by the American Farm Bureau Federation, a Washington, D.C.-based lobbying group for farmers that has generally been opposed to any climate or environmental regulation that they believe impedes the competitiveness of American farmers. The AFBF has argued that the Clean Water Rule places an inordinate strain on farmers in particular, saying they may be required to apply for federal permits in order to use fertilizer near streams on their property that flow into larger rivers.

On the campaign trail, Trump's vow to rural audiences that he would rescind the rule was met with cheers. The rule is opposed by other sectors that are responsible for pollution, including the oil and gas industry, pesticide makers and property developers like Trump.

In a statement to press, Hauter acknowledged that the rule was "far from perfect," but argued that it was "a step in the right direction," casting Trump's move as "giant steps backwards in clean water protections, back to the days of massive fish kills and rivers on fire."

“This proposal strikes directly at public health,” said Rhea Suh, president of the Natural Resources Defense Council, in an email. “It would strip out needed protections for the streams that feed drinking water sources for one in every three Americans. Clean water is too important for that. We’ll stand up to this reckless attack on our waters and health.”

NOTE:  You can watch Howard Learner, executive director of the Environmental Law & Policy Center, talk about the Trump administration's rollback of the Clean Water Rule on video at the Alternet original source.

Reynard Loki is AlterNet's environment and food editor. Follow him on Twitter @reynardloki. Email him at reynard@alternet.org.