European Cities Are Reclaiming Public Services From the Private Sector

The US has a lot to learn from people powered movements, cities across Europe are increasingly deciding to reclaim public services, spearheading a growing movement for "remunicipalization," meaning the return of public services from private to public. 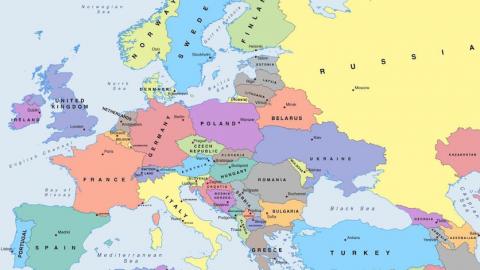 In the '80s a neoliberal tide swept across the West with the idea that welfares states had become too expensive and that privatizing public goods was better for stimulating the economy. During this era of fiscal conservatism, Western governments basically confined themselves supervisory roles over the economy, reduced to watchdogs enforcing norms and standards. But research has shown that as the government progressively pulls out of public life, many people lose access or experience the deterioration of services that improve their quality of life such as affordable housing, education, public transportation and health care.

Now, cities across Europe are increasingly deciding to reclaim public services, spearheading a growing movement for "remunicipalization," meaning the return of public services from private to public. According to Sakoto Kishimoto Lead Researcher at the Transnational Institute (TNI) people are over the idea of privatization. "They're telling their citizens that they have to divest and squeeze budgets, but the feedback we're getting is that local populations found public services more efficient and less costly," Kishimoto said in a TNI report.

Here are a few examples of local initiatives that have put the power back into the hands of people.

TNI's report highlights that until 2015, private companies were supplying 83.6 percent of the water to the Spanish region Catalonia and drawing handsome profits at the expense of the population. On average, water prices in privately managed municipalities were 25 percent higher than in municipalities under public management, with disparities rising to 90 percent.

In the 2015 local elections, a citizen-led progressive movement campaigning for access to water as a public good gained power in several Catalan cities. Valladolid (with 300,000 inhabitants) became the largest city in Spain to municipalize water services. The coalition faced stiff opposition from Spain's conservative national government, but fourteen Catalan cities have since municipalized or remunicipalized their water.

Míriam Plana is an activist for Engineering Without Borders Catalonia and Aigua és Vida, a Catalonian citizen platform working toward public water management. For Plana, the achievements in the city are because of grassroots involvement. "If we really want remunicipalization to endure and lead to democratic, effective and sustainable services, we need to manage them as common goods," Plana said in an interview with VICE impact.

The remunicipalization movement has even taken hold in the UK, a country where welfare spending per capita is on par with the poorest nations of Eastern Europe. Over the last decade, local British authorities have restored public services, notably in transport and energy and pulled out of many public-private partnerships long regarded with enthusiasm by fiscal conservatives.

Between 1995 and 2015 privatizations have produced a fragmented rail network controlled by a dozen companies. Smaller traffic shares and inadequate investments prevented them from making economies of scale, resulting in longer journey lengths, a dismal safety record and sharp increases in ticket prices.

According to a TNI report published this year, the state of UK rail system was complete shit-show after the effects of privatization:

The former nationally owned rail system, British Rail, was broken up and privatized between 1994 and 1997, and since then rail services in the UK have been provided by private companies under 16 concession contracts. The track network was privatized separately, but there was too little investment, excessive subcontracting, and a disastrous safety record including two major accidents resulting in a number of deaths, and finally financial collapse.

According to a survey, 58 percent of the British population supports a full renationalization (bringing industries back under government ownership) of the British railway system. Similar conclusions in public transportation have encouraged London, Newcastle and Birmingham to build new Metro schemes entirely in-house.

Throughout the '80s and '90s, successive Conservative and Labour governments privatized the country's electricity grid, which fueled widespread discontent over spikes in energy prices and insufficient investments in renewables. In Nottingham, the cry of low-income families unable to afford their energy bills spurred the city council's decision to create a new energy company named Robin Hood Energy after the famed fabled character. The city manages Robin Hood Energy and offers a cheaper service for almost no profit. Similar initiatives have emerged in Leeds, Bradford and Bristol. Together these new municipal energy suppliers serve 2.2 million people. This year the Switched On London campaign has gained momentum, pressing the city to develop 100 per cent public energy.

"A much-needed conversation is starting about the failures of privatization and the need for public ownership."

Cat Hobbs, Director of We Own It, an organization against privatization, thinks these initiatives have made public ownership incredibly popular again. "We're inspired by cities across the world bringing services like water and transport into public hands," Hobbs said in an interview with VICE Impact, "And a much-needed conversation is starting about the failures of privatization and the need for public ownership."

In Austria and Germany, the wave of privatization that took shape in the '90s has plagued the working conditions of low-skilled workers, resulting in work intensification, lower wages and reduced benefits. A report published by the Privatization of Public Services and the Impact on Quality, Employment and Productivity found that privatizations eliminated regulatory barriers in postal services led to employees being overworked beyond the standard eight hours.

Iris Strutzmann, who works for the Vienna Chamber of Labour in the Department of Environment and Transport, argues that Austria broke with a longstanding tradition of municipalities managing public services. "Various studies have shown that working conditions for employees change positively in the course of remunicipalization," Strutzmann said in an interview with VICE Impact."

"In our research, we documented that remunicipalization led to noticeable improvements for the employees," Strutzmann continued,"Improvements are particularly common in those sectors where workers are struggling with low wages, poor working conditions, and temporary contracts."

Strutzmann also points to Germany, where in Wilhelmshaven for example, urban cleaning was remunicipalized after the performance of the private company proved unsatisfactory. "Since then, the jobs have been fixed-contract, and the employees are paid according to the tariff standards of the public service," she said."At the same time, satisfaction with the performance of the cleaning process rose."

Initiatives in Europe to remunicipalize services are impacting all sectors, showing that people's attachment to public services has not eroded. Citizens expect services such as transport or energy to be delivered by public entities that take affordability, their environmental footprint, universal access, and quality all into account. In many cases, privatization has exacerbated inequality. And thus far, the remunicipalization movement has yet to influence national governments. So for now, cities and citizens are writing the future of public services.