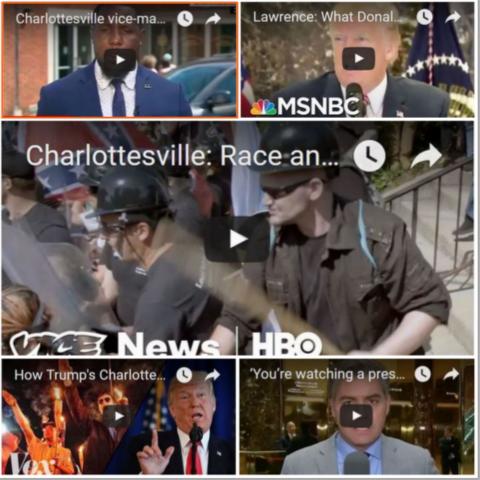 To view a video, click an image below,
Charlottesville: Race and Terror – VICE News Tonight on HBO 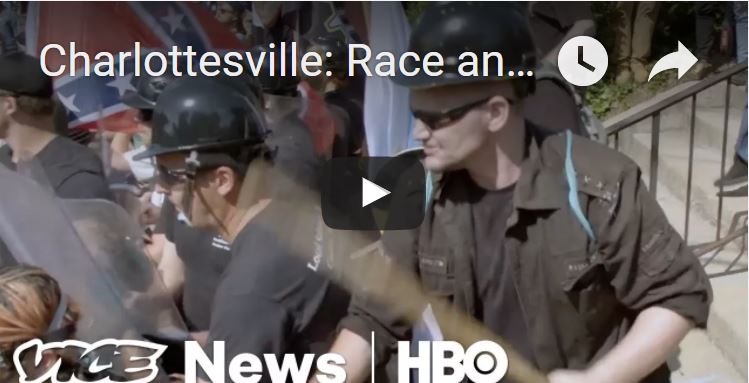 VICE News Tonight correspondent Elle Reeve goes behind the scenes with white nationalist leaders, including Christopher Cantwell, Robert Ray, David Duke, and Matthew Heimbach — as well as counter-protesters. VICE News Tonight also spoke with residents of Charlottesville, members of the Black Lives Matter movement, and the Charlottesville Police. Up close and personal access from the neo-Nazi protests at Emancipation Park to Cantwell’s hideaway outside of Virginia.
How Trump's Charlottesville Response Emboldens White Supremacy 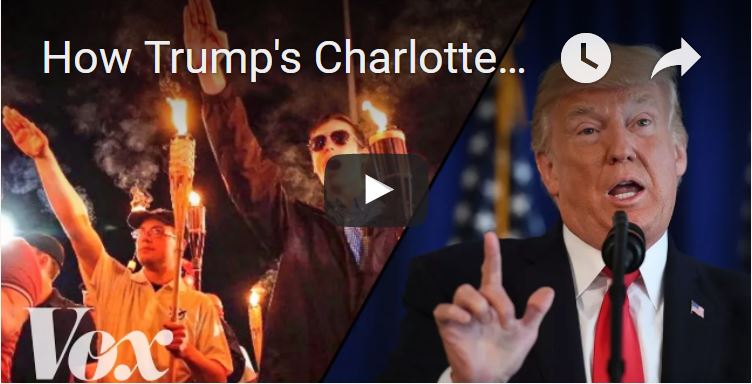 By refusing to take a side on the violence in Charlottesville, Trump has taken a side.
What Donald Trump Doesn't Know About Robert E. Lee 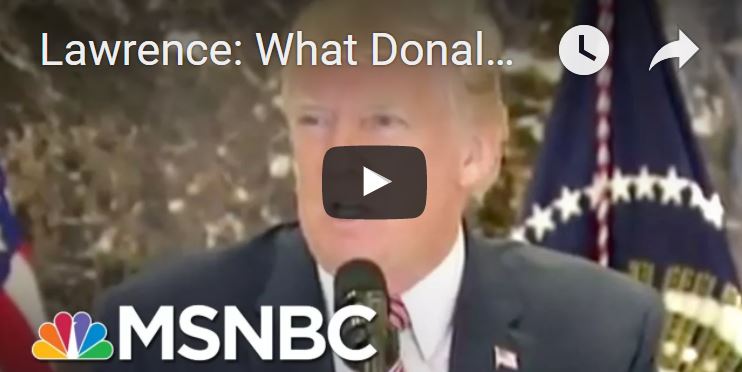 President Donald Trump is defending efforts to preserve confederate statues like the one of General Robert E. Lee in Charlottesville. Lawrence O'Donnell looks back at the legacy of the man who was indicted for treason and led the Confederate Army.
‘You’re Watching a Presidency Go Off the Rails’ 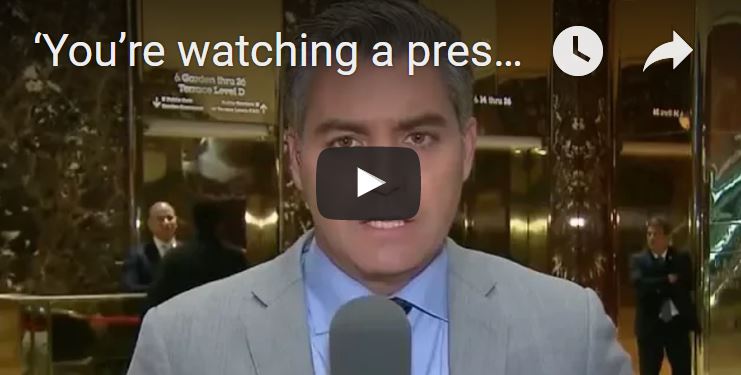 CNN's Jim Acosta on Tuesday reports on Donald Trump’s “strange, surreal stunning and baffling” press conference, explaining the world witnessed “a presidency go off the rails.”
'We Will Survive This' 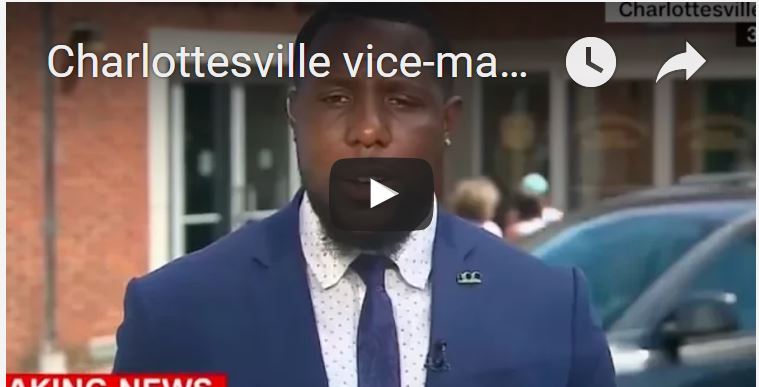 Charlottesville Vice-Mayor Wes Bellamy describes how his community has rallied in solidarity against the hateful white supremacist and neo-Nazi elements that turned the city until a battle zone on Saturday and killed an anti-racist counter-protester.
Subscribe to Portside