Korea and Afghanistan and the Trap of Never Ending Wars

There are more parallels between an unfinished 1950s war in Northeast Asia and an ongoing 16-year-old war in the crossroads between Central and South Asia than meet the eye. History has shown there is no military solution to either conflict, yet the Trump Administration has chosen bluster over diplomacy. The current US/South Korea military exercises, “a nuclear war game for the first time,” and more bombs for Afghanistan are just more steps along the path of endless war. 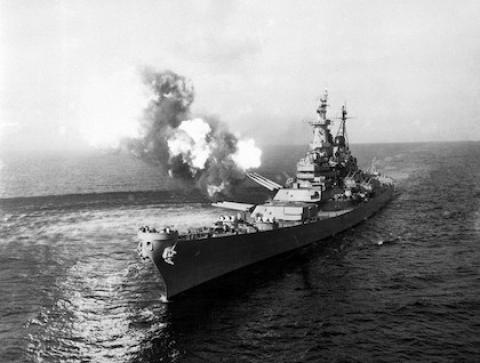 There are more parallels between an unfinished 1950s war in Northeast Asia and an ongoing 16-year-old war in the crossroads between Central and South Asia than meet the eye. Let’s start with North Korea.

Once again the US/South Korea Hunger Games plow on. It didn’t have to be this way.

Russian Foreign Minister Sergey Lavrov explained how: “Russia together with China developed a plan which proposes ‘double freezing’: Kim Jong-un should freeze nuclear tests and stop launching any types of ballistic missiles, while US and South Korea should freeze large-scale drills which are used as a pretext for the North’s tests.”

Call it sound diplomacy. There’s no conclusive evidence the Russia-China strategic partnership floated this plan directly to the administration of US President Donald Trump. Even if they did, the proposal was shot down. The proverbial “military experts” lobbied hard against it, insisting on a lopsided advantage to Pyongyang. Worse, National Security Adviser H R McMaster consistently lobbies for preventative war – as if this is any sort of serious conflict “resolution”.

Meanwhile, that “plan for an enveloping fire” around Guam remains on Kim Jong-un’s table. It is essential to remember the plan was North Korea’s response to Trump’s “fire and fury” volley. Kim has stated that for diplomacy to work again, “it is necessary for the US to make a proper option first”. As in canceling the Ulchi-Freedom Guardian war games – featuring up to 30,000 US soldiers and more than 50,000 South Korean troops.

South Korean President Moon Jae-in dutifully repeats the Pentagon mantra that these Hunger Games, lasting until August 31, are “defensive”. Computer simulations gaming a – very unlikely – unilateral Pyongyang attack may qualify as defense. But Kim and the Korean Central News Agency (KCNA) interpret the war games in essence for what they are: rehearsal for a “decapitation”, a pre-emptive attack yielding regime change.

No wonder the KCNA insists on a possible “catastrophe”. And Beijing, crucially, concurs. The (Chinese) Global Times reasonably argued that “if South Korea really wants no war on the Korean Peninsula, it should try to stop this military exercise”.

Can’t pack up our troubles

It would be a relief to defuse the drama by evoking that great World War I marching song; “Pack up your troubles in your old kit bag/ And smile, smile, smile.”

But this is extremely serious. A China-North Korea mutual defense treaty has been in effect since 1961. Under this framework, Beijing’s response to Trump’s “fire and fury” was a thing of beauty. If Pyongyang attacks, China is neutral. But if the US launches a McMaster-style pre-emptive attack, China intervenes – militarily – on behalf of Pyongyang.

As a clincher, Beijing even made it clear that its preference is for the current status quo to remain. Checkmate.

Hunger Games apart, the rhetorical war in the Korean Peninsula did decrease a substantial notch after China made its position clear. According to a Beltway intel source, that shows “the US and Chinese militaries, as the US and the Russians in Syria, are coordinating to avoid a war”.

Evidence may have been provided by a very important meeting last week between the chairmen of the US and Chinese Joint Chiefs of Staff, General Joseph Dunford and General Fang Fenghui. They signed a deal that the Pentagon spun as able to “reduce the risk of miscalculation” in Northeast Asia.

Among the prodigious fireworks inherent to his departure as White House chief strategist, Steve Bannon nailed it: “There’s no military solution, forget it. Until somebody solves the part of the equation that shows me that 10 million people in Seoul don’t die in the first 30 minutes from conventional weapons, I don’t know what you’re talking about, there’s no military solution here, they got us.”

And extra evidence in the “they got us” department is that the B-1B heavy bomber “decapitation” practice runs – out of Andersen Air Force Base in Guam – have been quietly “suspended”. This crucial, largely unreported fact in the air supersedes rhetoric from Secretary of State Rex Tillerson and Pentagon head James “Mad Dog” Mattis, who previous to Bannon’s exit were stressing “strong military consequences if North Korea chooses wrongly”.

Once again, it’s all about BRI

Now let’s move to Afghanistan. “Mad Dog” Mattis once famously said it was fun to shoot Taliban fighters. “Known unknowns” Don Rumsfeld was more realistic; he moved out of Afghanistan (toward Iraq) because there were not enough good targets to bomb.

Anyone who spent time working/reporting on the Afghan Hindu Kush and the southwestern deserts knows why the proverbial “there’s no military solution” applies. There are myriad reasons, starting with the profound, radicalized Afghan ethnic divide (roughly, 40% are mostly rural, tribal Pashtun, many recruited by the Taliban; almost 30% are Tajik, a great deal of them urban, literate and in government; more than 20% are Hazara Shiites; and 10% are Uzbek).

The bulk of Washington’s “aid” to Kabul throughout these past 16 years has been on the bombing, not the economy, front. Government corruption is cataclysmic. Warlords rule. The Taliban thrive because they offer local protection. Much to Pashtun ire, most of the army is Tajik. Tajik politicians are mostly close to India while most Pashtun favor Pakistan (after all, they have cousins on the other side of the Durand line; enter the dream of a future, reunited Pashtunistan).

On the GWOT (Global War on Terror) front, al-Qaeda would not even exist if the late Dr Zbig “Grand Chessboard” Brzezinski had not come up with the idea of a sprawling, well-weaponized private army of demented jihadis-cum-tribal Afghans fighting the communist government in Kabul during the 1980s. Add to this the myth that the Pentagon needs to be on the ground in Afghanistan to prevent jihadis from attacking America. Al-Qaeda is extinct in Afghanistan. And Daesh does not need territory to concoct/project its DIY jihad.

When the myth of the US in Afghanistan as a categorical imperative is exposed, that may unveil what this is all about: business.

And we’re not even talking about who really profits from large-scale opium/heroin trade.

Two months ago the Afghan ambassador to Washington, Hamdullah Mohib, was breathlessly spinning how “President Trump is keenly interested in Afghanistan’s economic potential”, as in “our estimated $1 trillion in copper, iron ore, rare-earth elements, aluminum, gold, silver, zinc, mercury and lithium”. This led to the proverbial unnamed “US officials” telling Reuters last month that what Trump wants is for the US to demand some of that mineral wealth in exchange for “assisting” Kabul.

A US Geological Survey study a decade ago did identify potential Afghan mineral wealth – gold, silver, platinum, iron ore, uranium, zinc, tantalum, bauxite, coal, natural gas and copper – worth as much as US$1 trillion, with much spin dedicated to Afghanistan as “the Saudi Arabia of lithium”.

And the competition – once again, China – is already there, facing myriad infrastructure and red-tape problems, but concentrated on incorporating Afghanistan, long-term, into the New Silk Roads, aka Belt and Road Initiative (BRI), along with its security cooperation arm, the Shanghai Cooperation Organization.

It’s no secret the Russia-China strategic partnership wants an Afghan solution hatched by Afghans and supervised by the SCO (of which Afghanistan is an observer and future full member). So from the point of view of neocon/neoliberalcon elements of the War Party in Washington, Afghanistan only makes sense as a forward base to harass/stall/thwart BRI.

What Russia and China want for Afghanistan – yet another node in the process of Eurasia integration – is not much different from what Russia, China and South Korea want for North Korea: increased connectivity as in a future Trans-Korean Railway linked to the Trans-Siberian.

As for Washington and the proverbially bombastic, failed futurists across the Beltway, do they even know what is the end game of “investing” in two never-ending wars with no visible benefits?

[Pepe Escobar is the author of Globalistan: How the Globalized World is Dissolving into Liquid War (Nimble Books, 2007), Red Zone Blues: a snapshot of Baghdad during the surge and Obama does Globalistan (Nimble Books, 2009).  His latest book is Empire of Chaos. He may be reached at pepeasia@yahoo.com.]